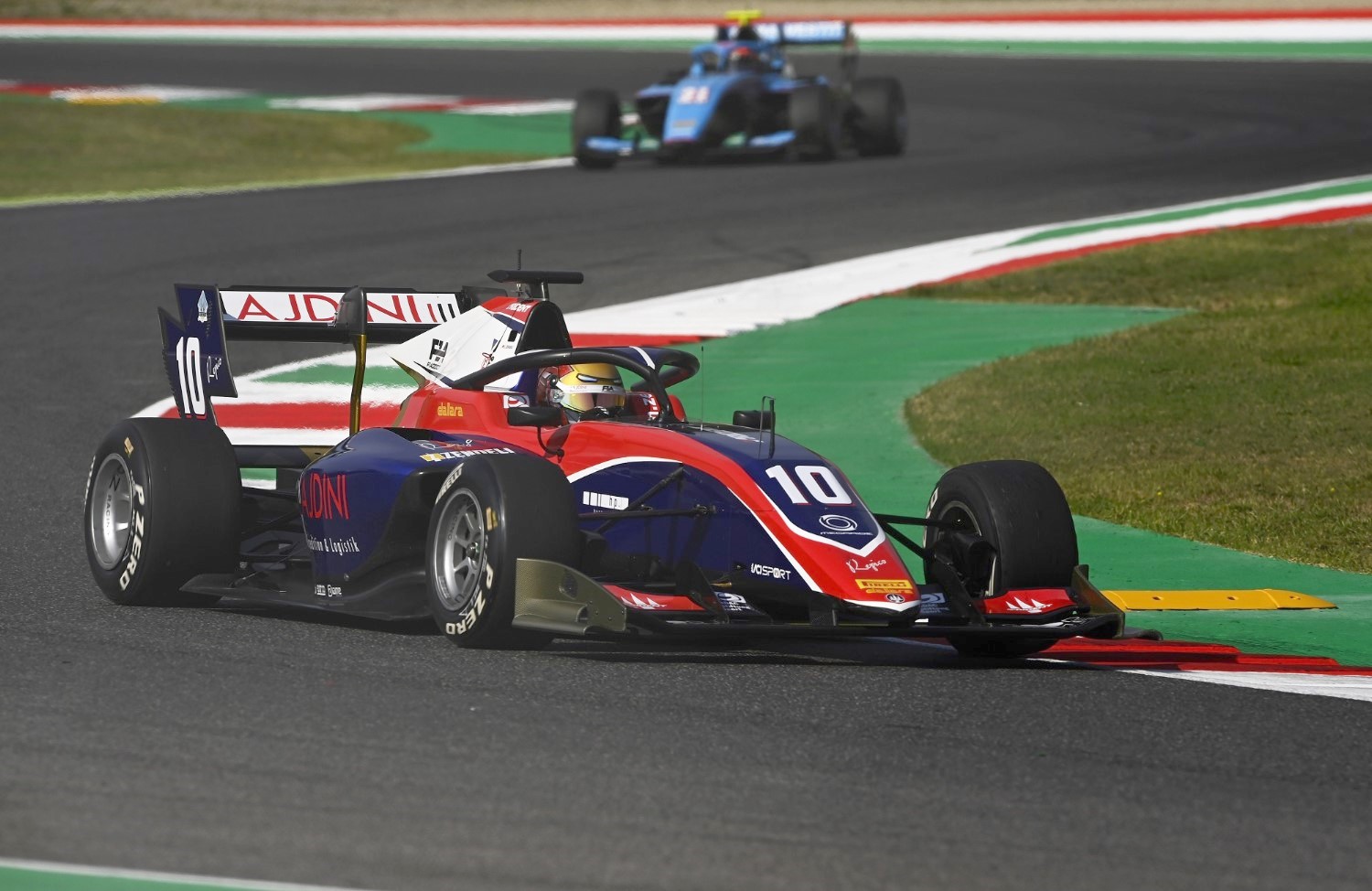 Trident’s Lirim Zendeli (shown) clinched his second pole of the season in the final FIA Formula 3 Qualifying session of 2020. The German driver beat out PREMA’s Logan Sargeant by 0.034s to finish on top, with HWA RACELAB driver Jake Hughes another tenth of a second back in P3.

However, Hughes will be promoted to the front row for Race 1 on Saturday, as Sargeant will drop down to P5. The American is carrying over a three-place grid drop from Round 8 in Monza.

Trident led the start of Qualifying on home soil, getting out onto the track ahead of anyone else and then setting the first, and fastest, of the initial flying laps. Title contender David Beckmann was in the hunt for what could be a vital four points for pole and set the standard at 1:36.77, with his teammate Zendeli directly below him.

Hughes had topped Free Practice and took control of Qualifying just ahead of the halfway point – the Briton utilizing his knowledge of the circuit, having competed in Mugello for HWA RACELAB in Formula Regional last season.

The cars dived into the pitlane for a freshen up, before returning to the circuit at the same time. Zendeli set a purple Sector 1 to go top after the first run of the second half of the session, with Sargeant only doing enough for second place.

Despite controlling the first half of the session and looking so confident, Hughes couldn’t match Zendeli’s time, falling just over a tenth of a second short.

With two minutes left on the clock, there was time for one final run, but the tires looked to be past their best. Zendeli was among the first to cross the line for the final time but was unable to improve on his time.

The German was left hoping that the rest of the grid would endure the same outcome. Neither Sargeant nor Hughes could get close to the German, and they were forced to settle for second and third.

The second PREMA of Frederik Vesti was one of few drivers to improve. The Dane leapt from 11th to fourth, beating out Enzo Fittipaldi, who completed the top five. Both drivers will join Hughes in jumping a place on the grid when Sargeant’s penalty is applied.

Championship leader Oscar Piastri finished back in 11th, but will drop to 16th,, as the Australian was carrying over a five-place grid drop from Round 8.

Zendeli will be on the hunt for his second win in three rounds when Race 1 gets underway at 10.25am (local time).