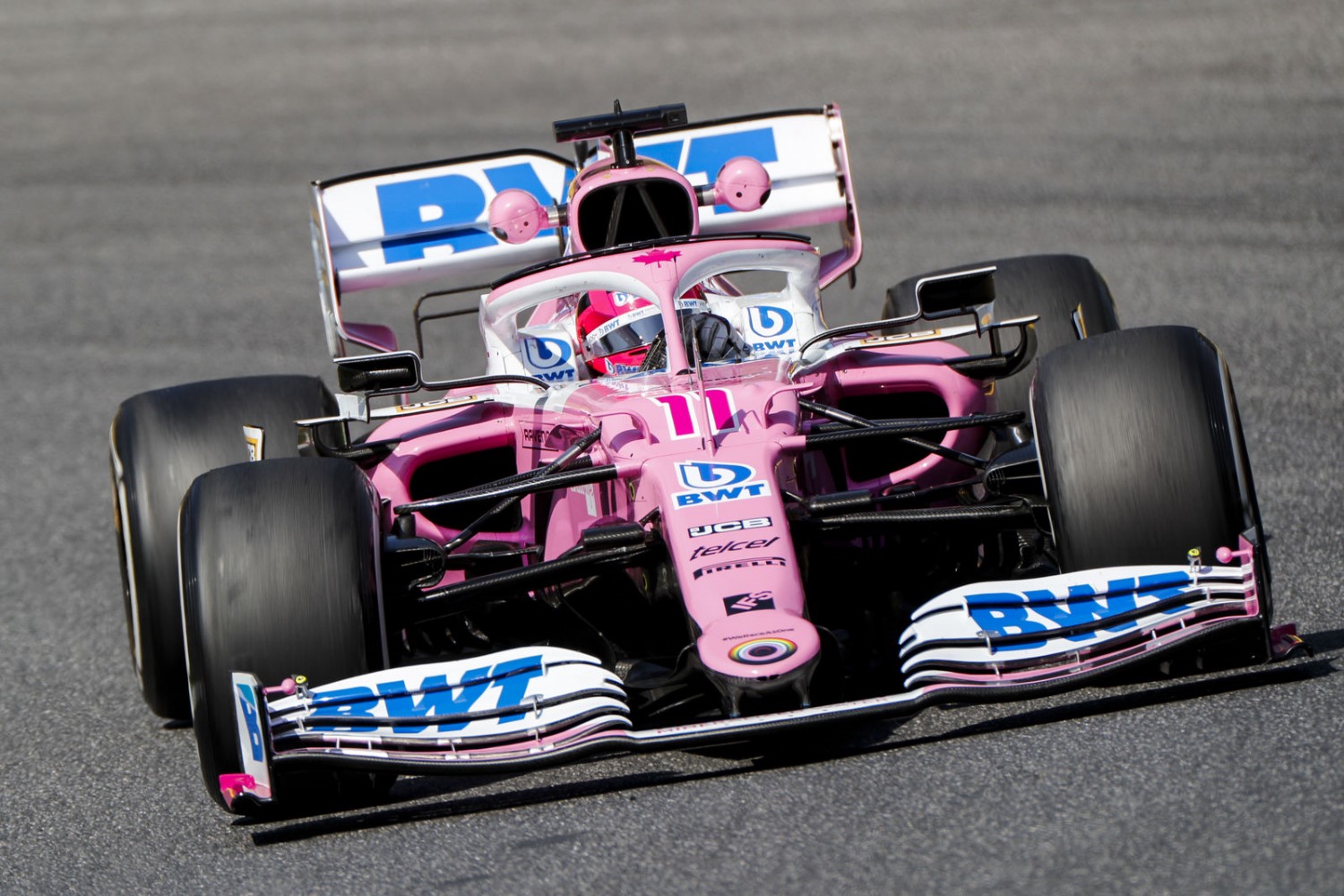 Racing Point F1 driver Sergio Perez has been handed what amounts to a minor slap on the wrist at Mugello.

Perez was exiting the pitlane when he collided with Kimi Raikkonen at Turn 1 when the Alfa Romeo driver attempted to sweep around the outside on the racing line.

Despite the Racing Point driver being warned that Raikkonen was catching and approaching him as he headed into San Donato and Perez locked up and tapped Raikkonen’s car.

The incident was investigated after FP2 and the stewards ultimately found Perez was “wholly to blame” for causing the collision which triggered a brief red flag stoppage due to debris being littered on track.

“There was a blue flag waved at him prior to turn one and it was apparent that he saw car seven in his mirrors,” the stewards noted.