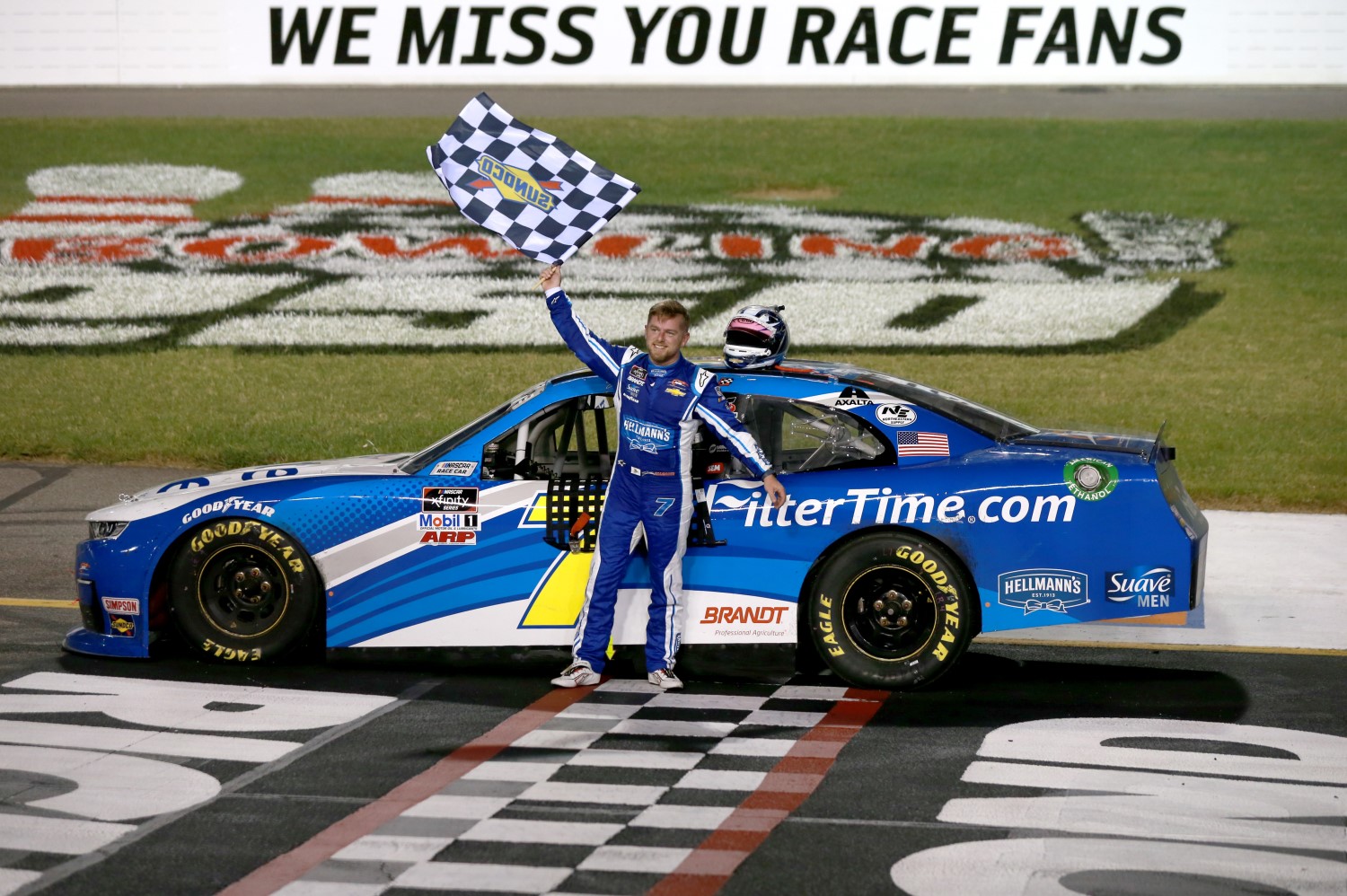 The veteran Justin Allgaier gave a master class in perseverance and fast cars Friday night, winning the Go Bowling 250 NASCAR Xfinity Series race at Richmond Raceway. It was the 34-year old Allgaier’s first career win in 19 tries at the three-quarter mile track, and he finished .604-seconds ahead of a hard-charging 21-year-old Justin Haley.

Getting that second victory of 2020 goes a long way for Allgaier and his No. 7 JR Motorsports Chevrolet team after an early season of heartbreak and inconsistency. So often he has shown up for a race and had something derail his winning chances. He led 156 laps – more than half the race – at Bristol earlier this season only to crash out and finish 18th. At Texas, he led 98 laps and settled for third.

Finally, results are matching his efforts. Allgaier got his first win of the year at Dover five races ago, leading a race-best 120 of 200 laps. His 78 laps out front in his win Friday night at Richmond were also a race-best.

“I feel like we’ve had so many [wins] get away here, just haven’t been able to seal the deal and it’s been so frustrating,” said Allgaier, who has 13 career Xfinity Series wins. “But I’m proud of these guys and proud of the effort. The pit stops were amazing. Everybody at JR Motorsports, they built a fantastic Camaro.

“I’ve got to thank the man upstairs,” Allgaier continued, noting, “Tonight was definitely a push to the end but we just had the luck we needed. I say luck, but luck is opportunities meeting preparation. We were prepared and the opportunities came tonight.”

Although disappointed not to win, Haley was encouraged after the race hoping he may have proven himself a short-track ace to those fans who consider him a speedway master only. He led 51 laps and his charge to the front was impressive by any standard.

His No. 11 Kaulig Racing Chevrolet fell back to 25th place after making not one, but two pit stops during the Stage 1 caution period. In 40 laps however, he’d rallied all the way up to fifth place. He took the lead on Lap 174 and was finally passed by Allgaier with 29 laps remaining.

“Allgaier was just a little better,” Haley said, adding with a smile, “I’m about tired of everyone on social media saying I can’t show up anywhere but superspeedways. So I finally showed up somewhere where talent matters.”

Cindric earned his series-best 10th stage victory in Stage 1 with Allgaier leading the way in Stage 2 in what was a largely “clean” race – only five caution flags (three mandated by NASCAR for a competition caution and the two stage breaks) and no major incidents.

“If we had a caution we had an amazing short run car tonight, so I’m really proud of that effort to bring a fast PPG Ford Mustang in race one here,” said Cindric.

“Obviously, it will be hotter conditions tomorrow, so we definitely have to work on that side of things, but to be able to hold on to fourth like we did I was max tire-save most of the stint until about 40 to go and I’m lucky I held on to what I had, but, overall, like I said, we had speed we just have to maximize where we need it most.”

The Xfinity Series Playoffs begin in two weeks and the 12th and final transfer position remains up for grabs between a pair of privateer family-owned teams and drivers Brandon Brown and Jeremy Clements. Brown came into the race with a 45-point advantage and the two ran near each other much of the night.

Ultimately, Clements finished 17th and Brown was on his heels in 18th. Brown now holds a 43-point advantage as they reset for Saturday’s second Richmond race.