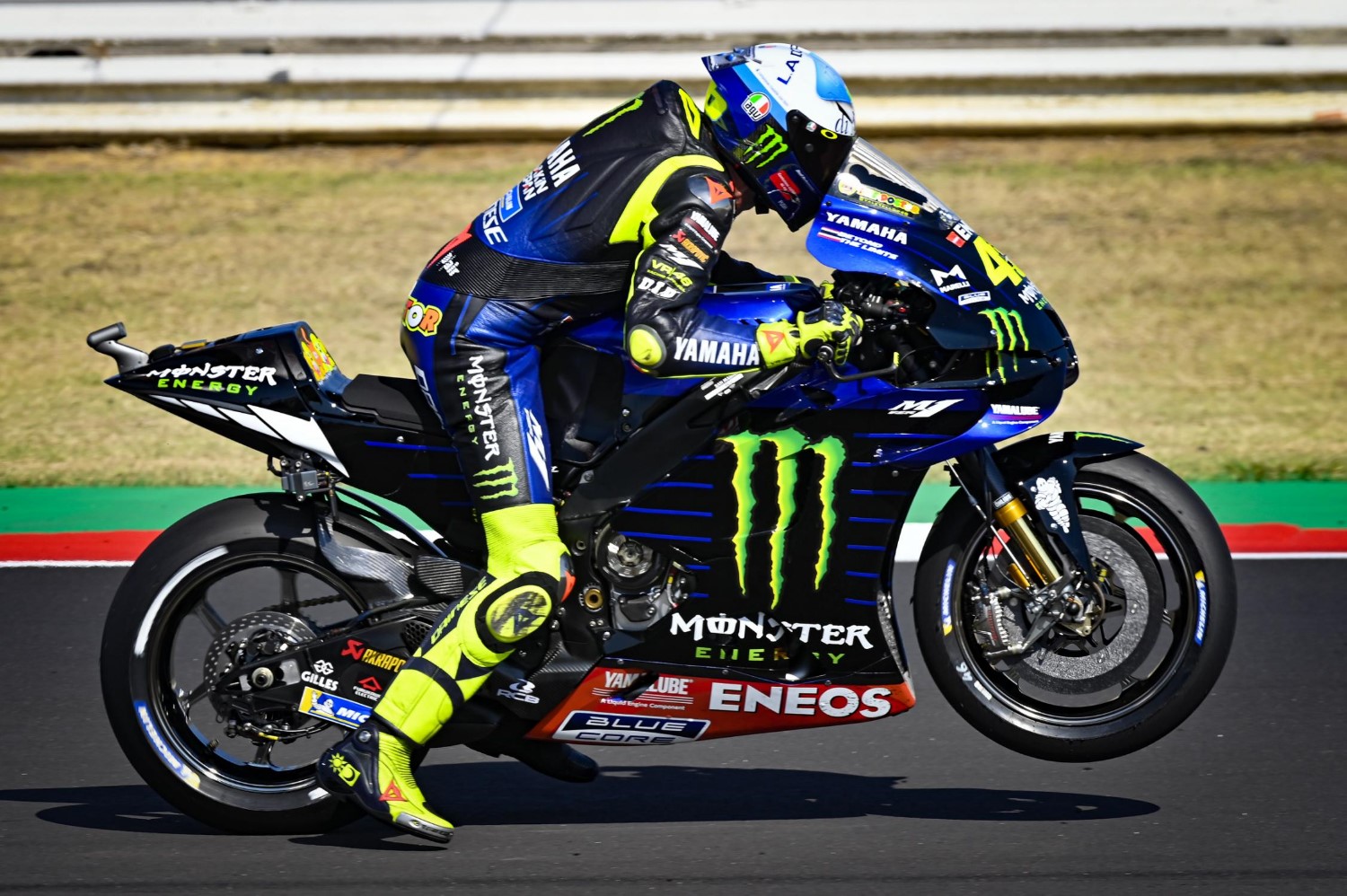 The times on the overall standings were fairly stagnant in the opening half of the session before things got tasty in the final 10 minutes, as the riders continued their work on race pace. Home heroes Rossi and Franco Morbidelli (Petronas Yamaha SRT) unveiled special helmet designs at the start of the session as both aimed to stay inside the top 10 – and both would.

Team Suzuki Ecstar’s Joan Mir was the first mover. With 21 minutes left of the clock, the Spaniard jumped up to P8 from P15 to push Aleix Espargaro (Aprilia Racing Team Gresini) out of the automatic Q2 places. With 15 minutes left, Andrea Dovizioso (Ducati Team) was out on fresh soft Michelin rubber as the man second in the Championship started his top 10 mission. But, it was another Ducati rider who make huge strides – Jack Miller (Pramac Racing) went from P17 to P1 with his 1:32.129 with just over 10 minutes left to play.

Dovizioso did then improve to slot himself into P8, with Francesco Bagnaia (Pramac Racing), Rins and Takaaki Nakagami (LCR Honda Idemitsu) all going faster soon after to grab top 10s – this pushed Dovizioso back out. With five minutes to go, Pol Espargaro (Red Bull KTM Factory Racing) crashed to put an end to his session – a crash that would prove costly. Iker Lecuona (Red Bull KTM Factory Racing) also crashed a little earlier on in the session, with the fastest man Miller going down at the final corner before Bradley Smith (Aprilia Racing Team Gresini) going down at Turn 16.

Meanwhile, Quartararo was back at the summit with the first sub-1:32 lap of the weekend, with Rossi looking like he would go into the top three shortly after – but then the 46 pulled into pitlane. Rossi headed back out with three minutes left on the clock, as Johann Zarco (Esponsorama Racing) shot up to P4 in the closing stages.

Viñales then turned the Yamaha tables back in his favor to go top of the pile by 0.025, with Rossi starting his final flying lap down in 15th place. The nine-time World Champion wasn’t hanging around either, Rossi was just 0.037 off Viñales’ time in Sector 3 and coming across the line – the 41-year-old went fastest. A 1:31.861 sent the home crowd wild, with fellow Italian Bagnaia going sixth on his last lap. Rins also improved late on, the Spaniard going fifth.

So at the end of another breathtaking MotoGP FP3, it’s Rossi who is the man to beat. It’s the first time the Yamaha star has led a Free Practice session since Qatar 2019 – and it’s two Yamahas chasing him down as the Iwata factory return to form. Viñales and Quartararo are right behind the Italian in second and third, with Miller holding P4 despite the late tumble. Rins’ late lap sees him lead teammate Mir in 5th and 6th, with the injured Bagnaia working wonders to get straight into Q2 on home soil. Behind the 7th place rider is Ducati rival Zarco, with Morbidelli and Dovizioso squeezing into the top 10 – vital for the Italian duo.

Pol Espargaro’s crash ultimately cost him a top 10, the KTM rider finished P12 behind brother Aleix. After finishing inside the top 10 on Friday, all four KTMs now face Q1 on Saturday afternoon as we get set for what promises to be a stunning qualifying.