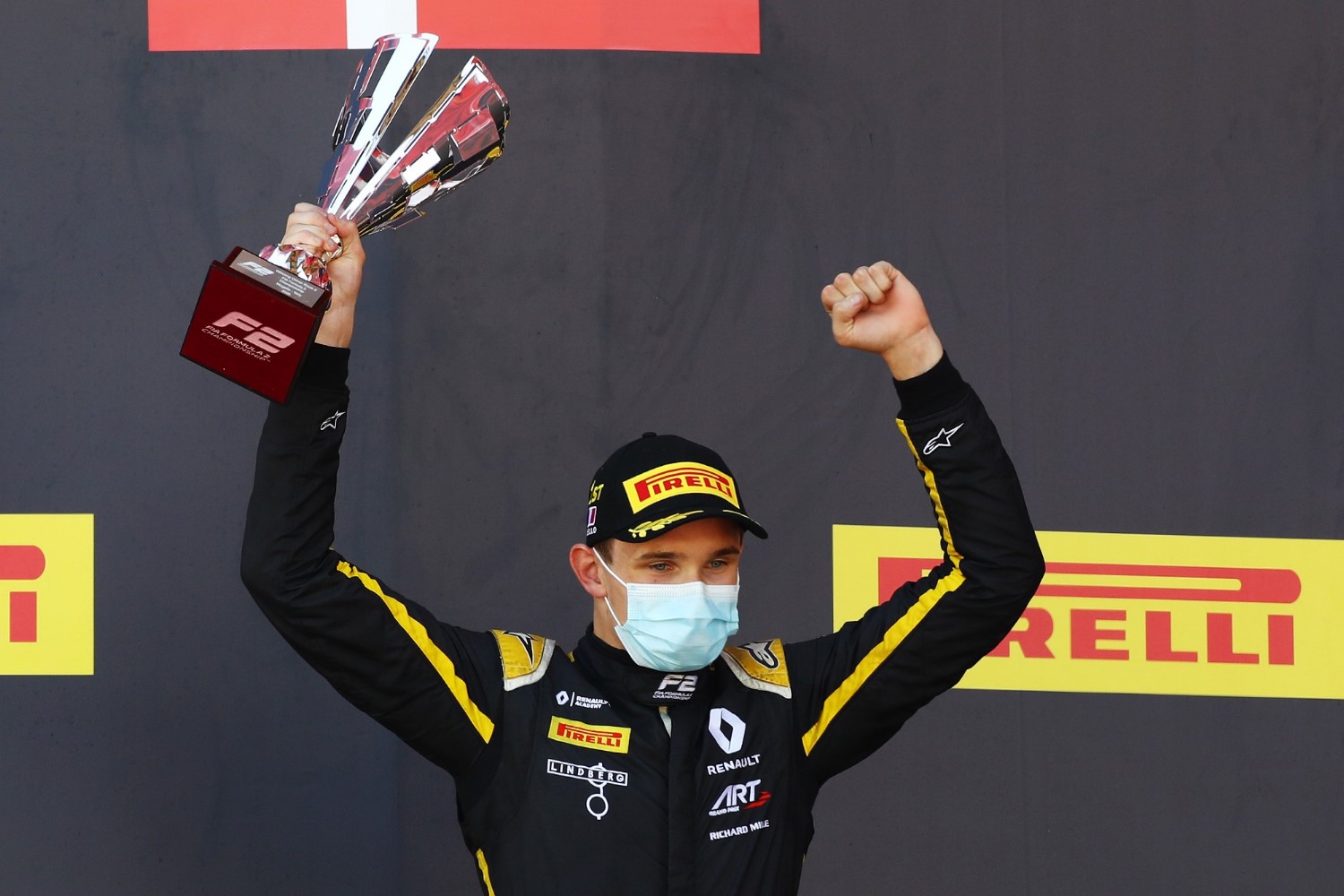 Lundgaard made amends for a disappointing Feature Race, when he lost the win late on to Nikita Mazepin’s fresher tires after a Safety Car had crushed the Dane’s advantage out in front. His Sunday was a complete contrast. Starting from third, he thundered to first off the line and from there the win never looked in doubt.

The Dane’s victory earns him third in the Drivers’ Championship, with Robert Shwartzman out of the points and dropping to fourth in the standings.

Mazepin also suffered contrasting fortunes, as he collided with teammate Luca Ghiotto, ending the Italian’s race and earning himself a 10s time penalty.

Pole-sitter Artem Markelov’s race ended in disaster. The HWA RACELAB driver struggled for pace and dropped down to third place, before getting forced into the pits for a new front wing after colliding with Mick Schumacher.

Schumacher was able to stretch his lead at the top of the standings with a fourth-place finish, with his main rival, Callum Ilott, back in sixth.

Markelov got a good start from reverse grid pole, but Lundgaard had a better one. The Dane angled his ART down the side of the Russian and towards the inside line, just about forcing himself ahead at the exit of Turn 1.

Vips stuttered off the line on his first front row start and instantly dropped down to fourth place behind Delétraz, while Schumacher kept it clean and held on to fifth.

Lundgaard had garnered a strong 2s lead over Markelov by the end of the first lap alone, but the Dane would need to be wary of wearing out his rubber. As he stretched his lead, Markelov’s focus switched to Delétraz behind. The Swiss driver made light work of the passing the HWA racer, pulling off a tidy move at the first turn.

Vips attempted to follow Delétraz through, but tapped tires with Markelov and wobbled, remaining in third. The Estonian gathered himself together and went again, making a similar move work on the next tour of Mugello.

Markelov told his team he wouldn’t give up, but the HWA racer collided with Schumacher and was forced to dive into the pits with front wing damage.

Schumacher’s main title rival, Ilott, had been making moves from 12th and climbed up to ninth, ahead of Marcus Armstrong. Meanwhile, Shwartzman lost a place to Ilott’s teammate, Guanyu Zhou, who was putting on a storming drive from 20th.

Having finished one-two in the Feature Race on Saturday, Mazepin and Ghiotto’s Sunday was entirely different. The Italian racer attempted a move on his teammate, but the Russian locked up and the two collided. Ghiotto was dumped into the gravel trap and forced to retire, before Mazepin was handed a 10s-time penalty for causing the crash.

Spotting the collision, Lundgaard would have suffered unpleasant flashbacks from Saturday, when his lead of the race was crushed by a Safety Car. The Dane will have been relieved to see only a Virtual Safety Car on this occasion, allowing him to retain his 11s gap at the front.

Little changed at the restart, although Zhou did manage to find a way past Armstrong to line up behind Ilott in eighth. The duo then gained a further place from Felipe Drugovich who suffered from a wide moment. Zhou kept on moving, first picking off Ilott, and then gaining fifth from Daruvala as well.

Yuki Tsunoda briefly nabbed the final points’ position from Drugovich, but was forced into the pits by Race Control, having suffered damage to his front wing earlier in the race.

Just two laps remained and Lundgaard continued to look comfortable out in front, but Delétraz was clinging on to second by the skin of his teeth with Vips right behind him. The Estonian made an attempt at the first turn of the penultimate lap, but couldn’t make it stick, despite possessing fresher rubber.

Lundgaard crossed the line first for a controlled victory, as Delétraz followed in second 14s later, hanging on ahead of Vips. Schumacher took fourth, brushing off a late challenge from Zhou. Ilott nabbed sixth after a late pass on Daruvala, with Marino Sato taking his first points in F2, with P8.

Schumacher now has 161 points at the top of the Drivers’ Championship, with Ilott in second on 153. Lundgaard is third with 145, five ahead of Shwartzman. Mazepin is up to fifth on 127. In the Teams’ Championship, PREMA are first with 301 points, ahead of UNI-Virtuosi on 261 points, and Hitech on 216. ART are fourth, with Carlin fifth.

“P1 today, and redemption for yesterday when I was leading the whole race until the Safety Car ruined it. I think that we showed the pace that we had today, and I am just happy to come away with 17 points.

“I said to the team before we went on track, it is 17 points or nothing today and we came away with all 17, so I am very happy.”