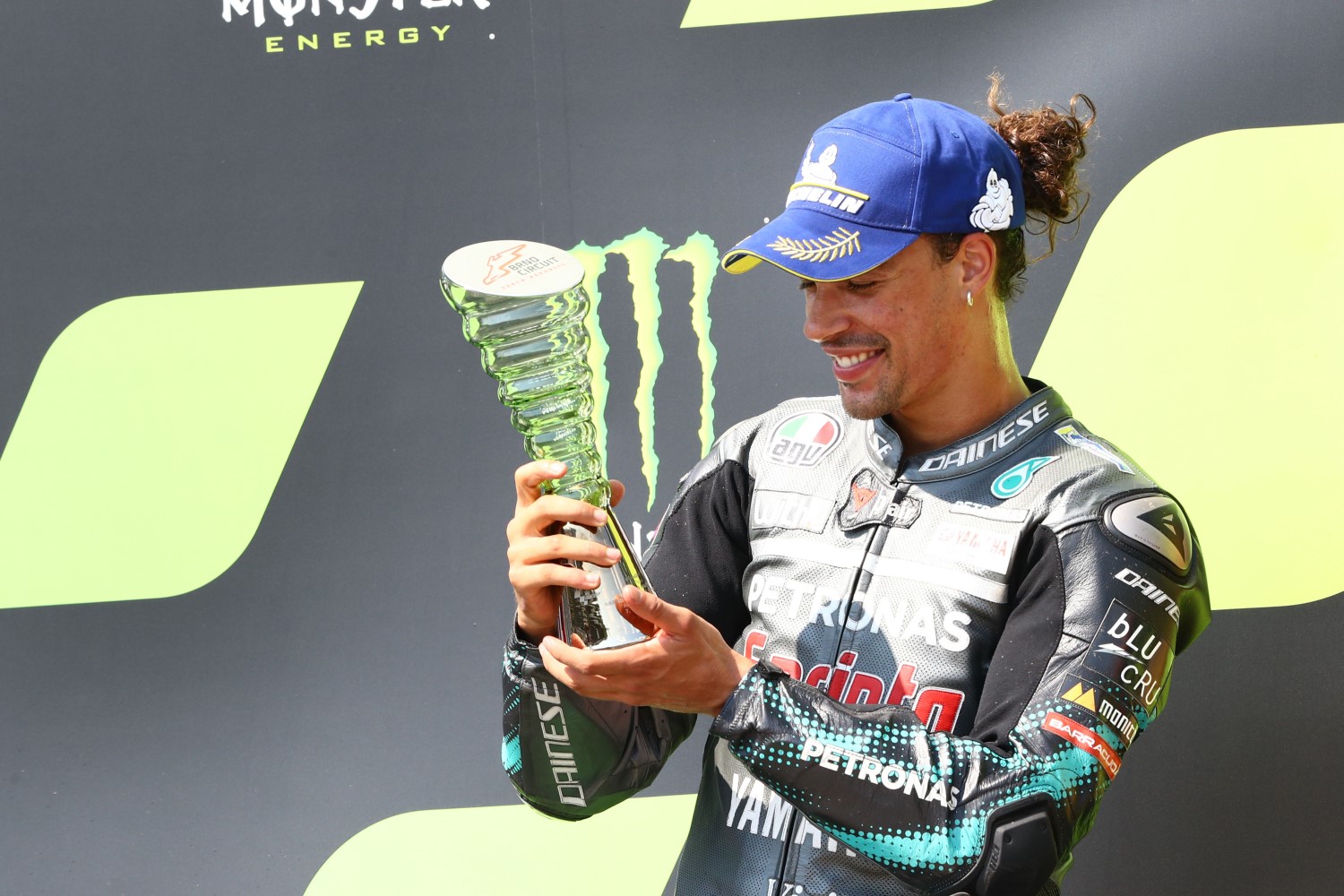 It was a fairytale weekend for PETRONAS Yamaha Sepang Racing Team’s Franco Morbidelli, who took his first MotoGP race win in front of his home fans at Misano in the San Marino GP. Unfortunately, team-mate Fabio Quartararo had a race to forget after crashing out.

Home-hero Morbidelli had a great start off the line and immediately moved into the race lead. Despite the early attention of fellow Yamaha rider Valentino Rossi, Morbidelli was soon able to take control. Over the course of the 27-lap race Franco pulled away from the chasing pack, taking his first premier class win in front of his home fans – at the first event of the year that has included a fan presence. He now moves to seventh in the World Championship standings.

Unfortunately it was a day to forget for fellow PETRONAS Yamaha SRT rider Quartararo. After a bad start, a Turn 4 crash on lap eight saw him rejoin the race at the back of the field. After a quick pit stop to check the bike on lap 19, Fabio’s day came to an end with another crash on his out lap. Although he falls to second in the riders’ standings, the gap to the leader is only six points. PETRONAS Yamaha SRT is still leading the teams’ championship.

“I feel like this has been a magical week for me. Everything had been going well, so going into today I was thinking that maybe something good would be possible. Turns out, it was something great! I have never won a World Championship race at home before, so to do it in MotoGP is the greatest achievement in my life. I’m really proud to be able to say that. I want to say thanks to all the people that work with me, it isn’t just me. This win is a result of teamwork. Right now I’m just so proud of what we have achieved, not just today but in general. Seven years ago I was racing here with a stock 600, now I’m winning a MotoGP race. It’s just amazing, especially as it’s the first race with a crowd this year. It felt great to be able to salute the crowd after the race. We do this for them, so to celebrate with them was such a great feeling.”