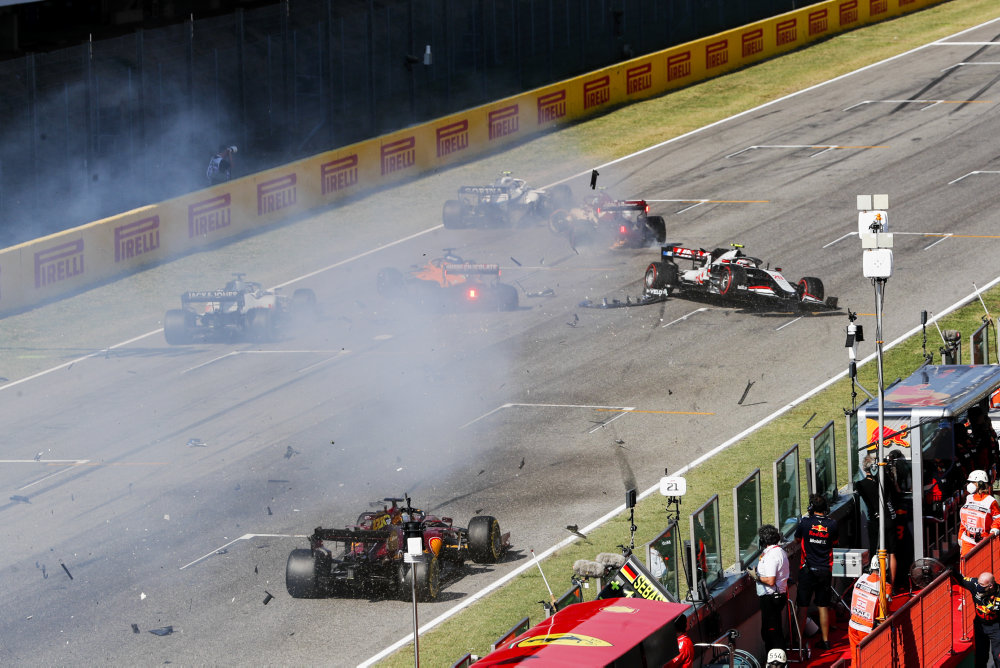 (GMM) F1 race director Michael Masi has rejected claims that the sport’s authorities are to blame for the big re-start crash at Mugello on Sunday.

Romain Grosjean said it was the “biggest scare of my career”, while Carlos Sainz said he wouldn’t wish the feeling on “anyone” after coming across slow cars at 290kph.

The incident was triggered by Valtteri Bottas, who after the departure of the safety car approached the re-start line at an unusually slow speed.

The drivers who were caught out behind him blamed the Finn.

Renault’s Esteban Ocon added: “I’m not sure what Bottas did was very legal, but we’ll have to discuss it at the next race.”

Bottas hit back, saying anyone blaming him should “look into the mirror”.

But Bottas pointed the finger at Formula 1.

“The difference this year has been the safety car,” he said. “They are turning the lights off quite late, so you can only build the gap pretty late on.

“It’s just the FIA, or FOM, I don’t know who’s deciding what’s happening but they’re trying to make the show better by turning off the lights later.

“I know that our team opened up the discussion again this morning, saying it’s a bit of a concern here, but they basically said they’re going to keep doing it because it’s better for the show,” Bottas added.

“They can criticize as much as they like,” said the Australian.

“We have 20 of the best drivers in the world, but in the Formula 3 race here there was a very similar situation but the young guys figured it out very well without incident.”

When asked if the FIA will consider any changes to its re-start procedures, Masi added: “There is no need to revise it.

“There is no doubt that one of the factors was the long start-finish straight, but the race only starts after the control line and all the drivers know that very well.”

He denied that the procedures have changed in 2020 to spice up the show, irrespective of the safety repercussions.

“Absolutely not,” said Masi. “From the FIA’s point of view, safety comes first. It’s actually an insult for anyone to suggest otherwise.”