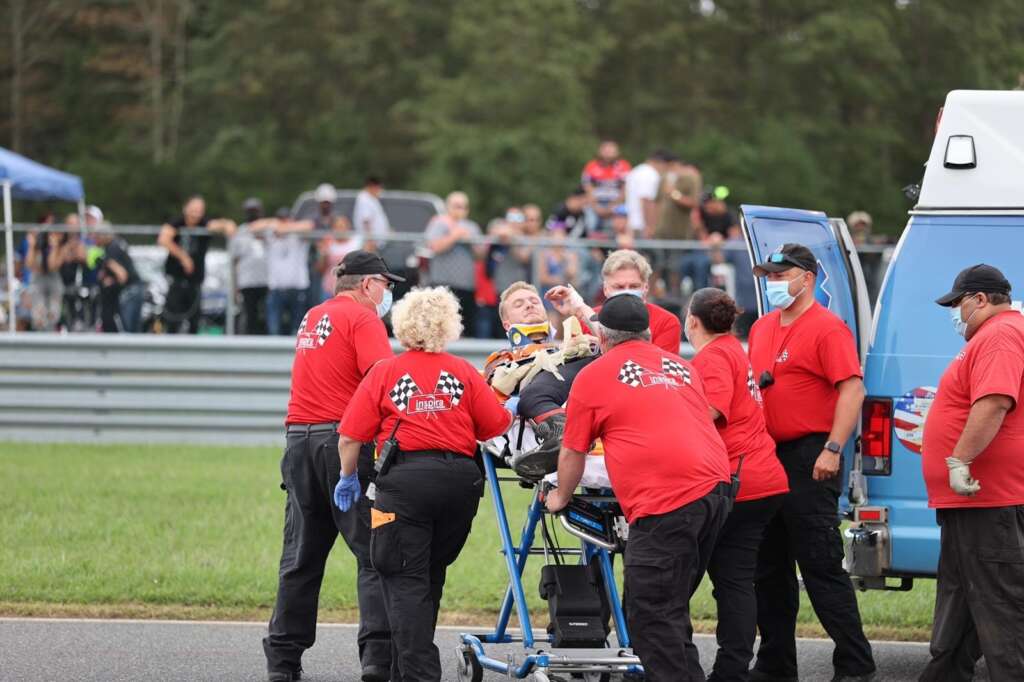 “We made a few changes for warm-up and I was confident of another strong result on Sunday – the target was seventh or eighth,” Ward said in his post-race press release. “It would have been nice to have ended the weekend in the top 10 again and not the emergency room. Unfortunately, I must have caught my knee on the curb, and it dragged me off the bike.

The impact broke my femur and then I was side saddling the bike, I can’t really remember to be honest, I hit my head, it was a big off. I have some injuries to the arm and wrist and the broken femur so it’s not the best situation, but it could have been worse. I want to say a massive thanks to Staci, my girlfriend, Andrew, my dad, my mechanic Ethan, and everyone around me for their support. I want to thank the MotoAmerica medical crew too. Here’s hoping for a speedy recovery.”

Ward had finished ninth in race one on his Kawasaki ZX-10R and remains 11th in the MotoAmerica Superbike Championship. Obviously, the Brit will be out of action for this coming weekend’s race at Barber Motorsports Park.