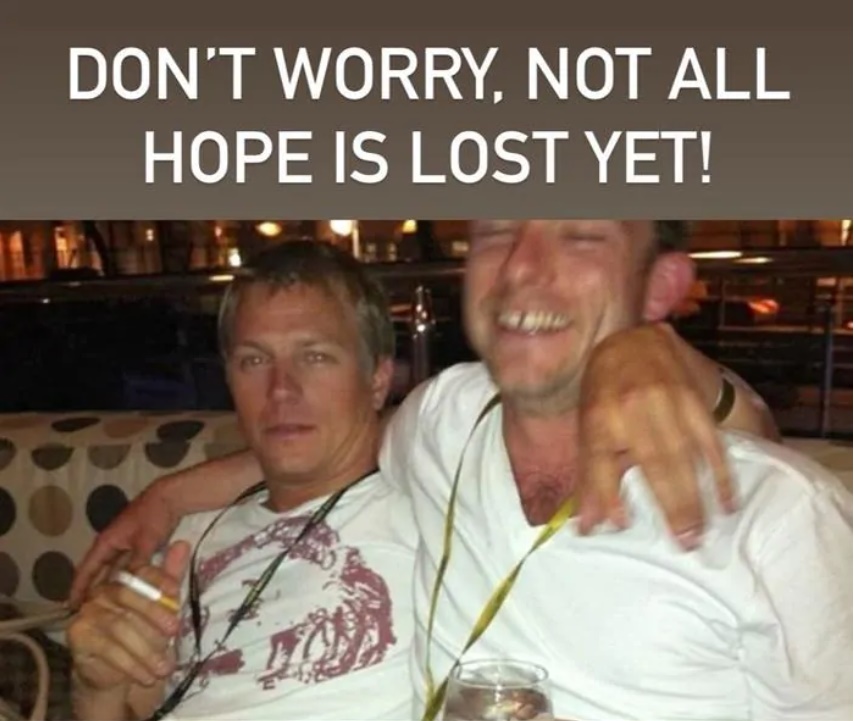 Kimi Raikkonen has never been afraid to speak his mind, and he decided not to hold back on social media when he saw Lewis Hamilton dressed like a nerd.

A photo doing the rounds on social media caught the eye of the 2007 world champion, but he decided to add a little something extra to the images.

A side-by-side collage shows off a shirtless James Hunt holding a cigarette between his fingers as he knocks back a drink.

Next to him is the six-time world champion Hamilton dressed head to toe in a matching outfit as he poses while riding a scooter.

Raikkonen topped off the image with the brilliant caption: “Evolution of a Formula 1 driver”.

Raikkonen, known to be a party animal, followed up the Hamilton swipe with an image (Top of article) of himself looking slightly intoxicated, with a cigarette also lodged in between his fingers, with the caption: “Don’t worry, not all hope is lost yet!”