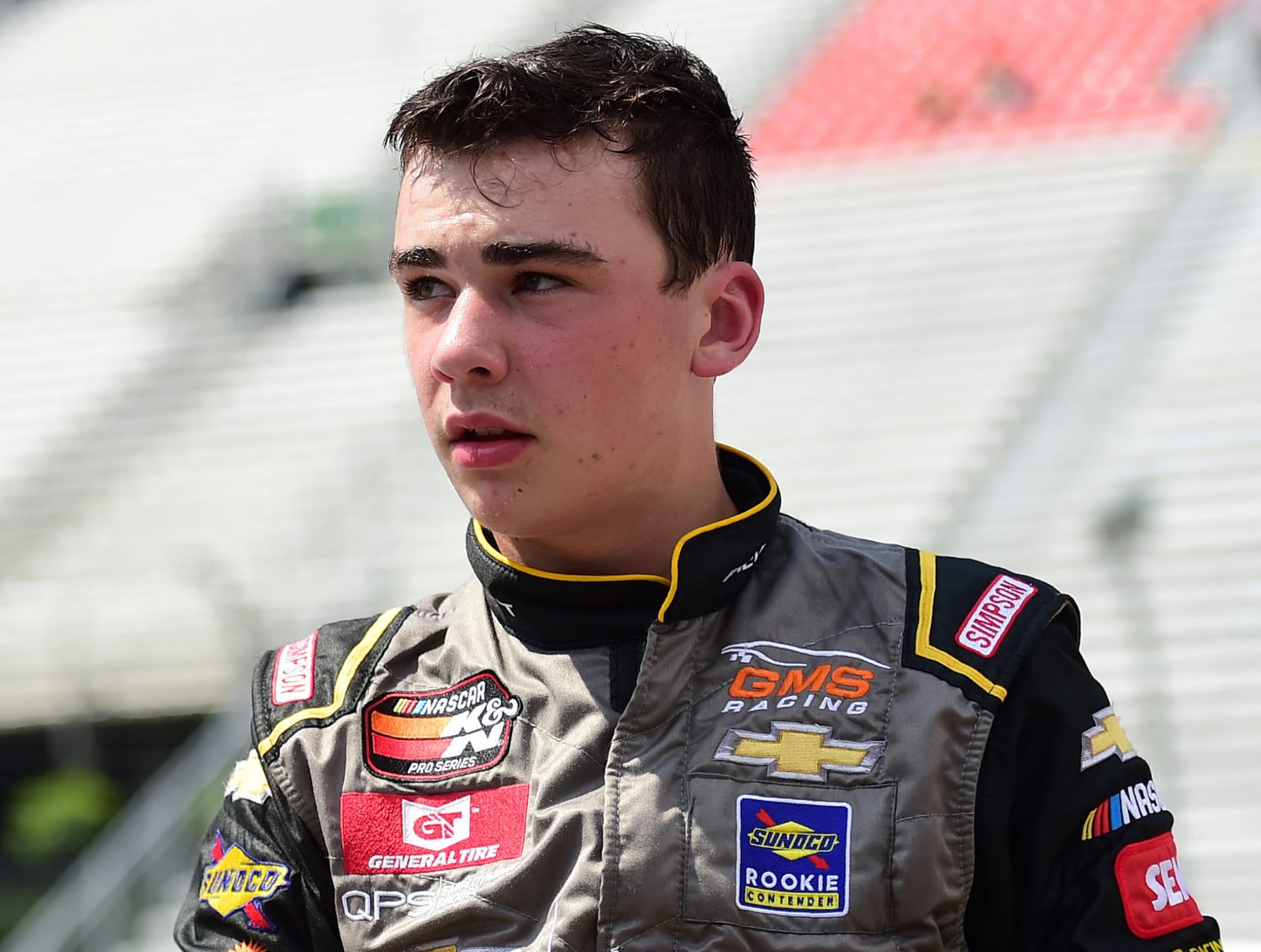 A 17-year-old stole the thunder from the playoff drivers at “Thunder Valley.”

Moffitt led 117 of the 200 laps at the 0.533-mile concrete short track, but with superior tires for the final run, Mayer passed him for the lead on Lap 171 and pulled away for his first victory in the series. Mayer is the second-youngest driver to record a victory in the division. Cole Custer won at New Hampshire Motor Speedway as a 16-year-old in 2014.

“Oh, my gosh! Dude, I love this place. This is win No. 3 for me here,” said Mayer, who scored a pair of victories at Bristol in the NASCAR East Series. “Man, I don’t know what to say. I can’t thank all the guys at the shop enough. They worked their tails off. We fired off so good. We only made one track bar adjustment all day. Oh, my God, that feels so good.”

Mayer knew he had a team capable of winning. His only doubt was his own ability to do the job, but Mayer erased that doubt emphatically.

“I just had to come here and perform,” he said. “That last pit stop (after Stage 2) put us in a perfect place, and I was able to drive right by all of them. Man, it’s such a good feeling. We have two more Truck races this year—the momentum is awesome.”

Moffitt, who took the playoff lead with his fourth runner-up finish of the season, came to pit road for the only time after winning Stage 1. As a consequence, Mayer’s tires were 50 laps fresher for the final run. But Moffitt was philosophical.

“We need to have four trucks at Phoenix (Raceway) racing for a championship in Phoenix, and this is a good start for us,” Moffitt said.

Teammate Sheldon Creed recovered from a pit-road speeding penalty to finish 11th and hold second place in the standings. Zane Smith had a fast GMS Chevrolet, too, but faded to 16th in the closing laps. Tyler Ankrum, in the fourth GMS playoff truck, won Stage 2 but lost track position when instructions to come to pit road after the stage win were obscured by radio chatter.

Ankrum recovered to run seventh, and all four GMS Playoff drivers left Bristol above the cut line. After two more races, the playoff field will be cut from 10 drivers to eight. The two drivers currently below the line are Christian Eckes (12th Thursday) and Todd Gilliland (14th).

Smith was baffled by the sudden loss of handling in his No. 21 Silverado.

“All of a sudden, with 15 to go, I just wasn’t able to turn,” he said. “It was really bad in (Turns) 1 and 2. Same feeling as a right front (tire) going down or something. I was just waiting to knock down the fence. I just couldn’t turn at all — fading quick.”

Regular-season champion Austin Hill had issues, too. Hill’s No. 16 Toyota sustained damage soon after the start of the race, eventually relegating the Hattori Racing Enterprises driver to a 25th-place finish.