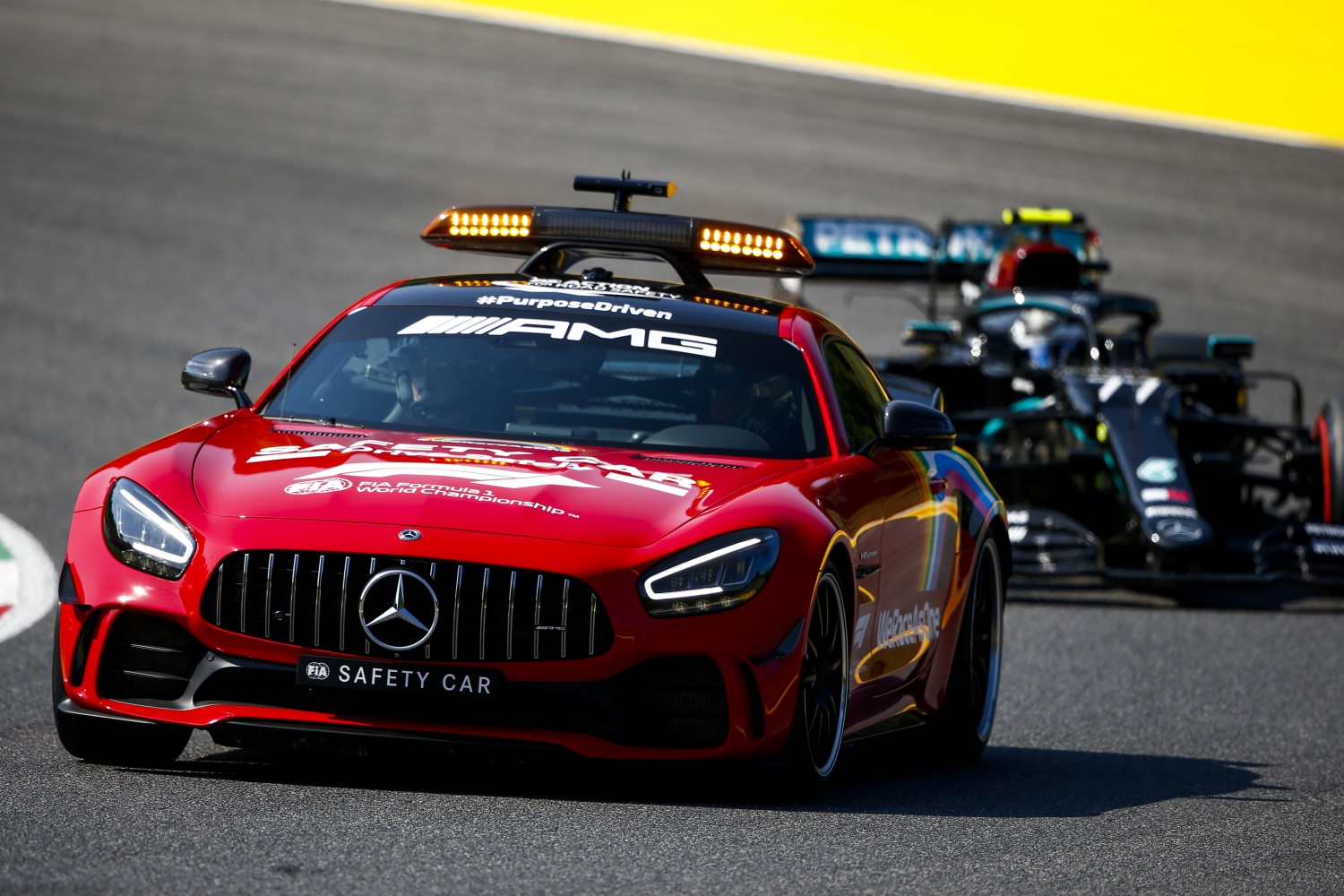 After Mugello, F1 race director said he took it as a “personal insult” when Hamilton and Valtteri Bottas suggested the safety car was switching off its lights late at re-starts to boost excitement at the expense of safety.

But Hamilton says it goes further than that.

Mid-race red flag stoppages are historically very rare in Formula 1, but amid Mercedes’ utter dominance in the covid-affected 2020 season, there were red flags at both Monza and Mugello.

When asked if F1 is trading safety for the show on purpose, six-time world champion Hamilton answered: “I don’t know. I don’t want to overstep the mark.

“I know the fans were excited with the restart and everything at Monza so it seemed like they … if there’s a piece of paper on the track they’re going to put the red flag out and do a restart.

“I can understand why and that is exciting,” the Mercedes driver added after the Mugello race, where the race was also red-flagged and re-started from the grid.

“These races can get boring when everyone streams out and there are such big gaps between everyone.

“They do it in NASCAR, they put out the yellow flag all the time and safety cars all the time to keep the race exciting. But they definitely need to take into account the safety aspect,” Hamilton said.