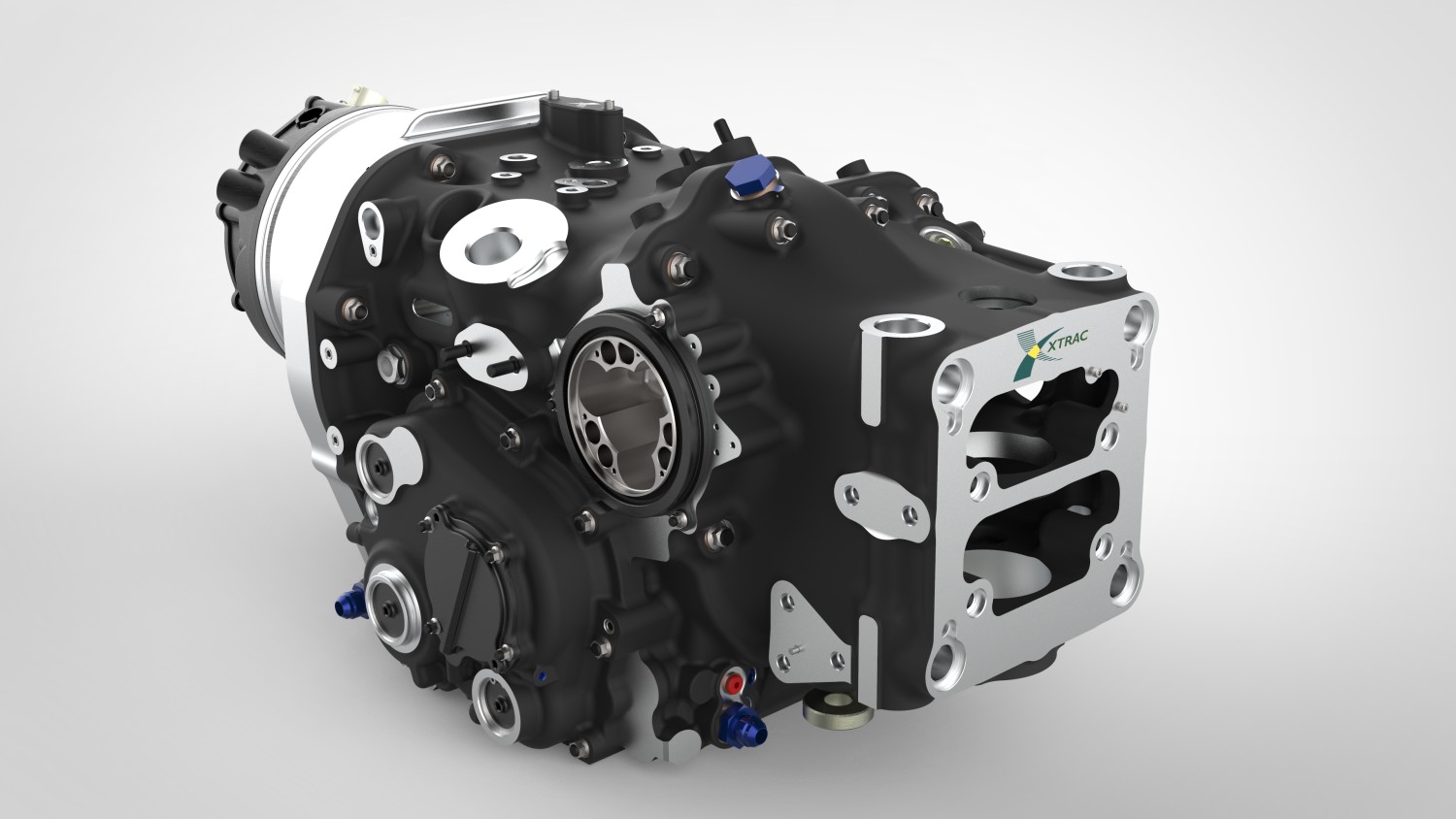 The Automobile Club de l’Ouest (ACO) and International Motorsports Association (IMSA) have announced that Xtrac will be the sole gearbox supplier for the new Le Mans Daytona hybrid race category known as ‘LMDh’.   The ACO and IMSA together have unified this innovatory top-tier for both the WeatherTech SportsCar Championship in the USA and Fédération Internationale de l’Automobile (FIA) World Endurance Championship (WEC).

“It’s a visionary hybrid transmission built on years of experience gained by operating at the highest level of motorsport,” says Xtrac chief executive Adrian Moore. “Prototype gearboxes will be available from mid-2021 for hybrid system testing”.

The P1359 gearbox developed for the new LMDh class is a 7-speed transverse arrangement with an integrated motor-generator unit (MGU) driving into the gearbox through an optimized gear train.  The integration of the hybrid system is a vital attribute of the LMDh specification.  Xtrac has worked closely with the ACO, IMSA, Bosch and Williams Advanced Engineering (WAE) to ensure that the package, function, and overall operation is optimized for cost, weight, performance, and reliability.  Bosch is supplying the MGU and hybrid control system, while WAE is supplying the battery system.

The new LMDh class has been created by the convergence of ACO and IMSA regulations to provide a cost-effective, high-performance car able to race in the WEC series as well as the IMSA sportscar championship in the USA.  This cost capped sportscar will also share a common spine consisting of the complete car less the bodywork, engine, and hybrid system with the next generation LMP2 sportscar.

“The four appointed chassis suppliers, Dallara, Ligier, Multimatic and Oreca provided invaluable feedback to Xtrac during the design of the transmission,” says Moore. “It ensured that we met their requirements with a common transmission that will fit all chassis without modification.  It was a vital goal to make sure we achieved the cost-effectiveness of this new class of race car”.

The P1359 gearbox uses Xtrac’s well-proven P1254 integrated valve actuator (IVA) gearchange system.  It houses full form ground and Xtrem polished gears and shafts in a magnesium RZ5 casing, which is a structural part of the car taking all the loads from the rear suspension and rear impact structure, rear wing, and safety wheel tethers.

The gearbox has a maximum combined internal combustion engine (ICE) and MGU power capability of 585kW (785bhp), with the engine speed operating within the range of 6,000 to 10,000 rpm.  Each chassis builder can homologate its powertrain with specific gear ratios.  The integrated MGU drives through a novel gear train homologated for each engine.  It ensures that no matter what the maximum engine revs, the MGU is matched to the engine speed, thus ensuring that no engine gains an advantage; parity being the whole ethos behind the new class.

The gearbox also includes a limited-slip plate differential with an externally gas-charged pre-load and a semi-dry-sump oil system.  Integral to the gearbox is a 3-liter engine oil catch tank which simplifies the powertrain installation, and the whole package including the MGU drive, but not including the MGU itself, weighs 78kg (172lb).

The P1359 gearbox, with its integrated hybrid system, is a critical new product for Xtrac. “We see the transition to electrified propulsion systems both on the road and the track,” says Moore.  He’s proud that the company he helms is in the vanguard of technical developments designed to reduce the cost and environmental impact of essential future mobility systems. “We have compelling technology to help make motorsport even more relevant and exciting, which also influences the crucial evolution of the next generation of road cars.”

A super majority of more than three-quarters (78 per cent) of the 59 cars racing at Le Mans this year will use Xtrac gearboxes, including many with the current P1159 transmission system.  The gearbox technology specialist is supplying 46 sports cars, which is a record and its highest-ever incursion into this legendary race.  Also, most of the cars competing in this year’s ‘Road to Le Mans’ support race, which is part of the Michelin Le Mans Cup series for LMP3 and GT3 cars, will feature Xtrac transmissions; that’s 45 of the 50 participating sports cars.

“With its strong reliability and race-winning pedigree, it was the ideal basis for the new P1359 hybrid transmission,” says Moore. “It uses many of the well-proven internal components but packaged in an entirely new set of casings designed explicitly for the new LMDh car.

The 88th running of the famous Le Mans 24 Hours takes the starters’ flag this Saturday 19 September, delayed from its traditional mid-summer slot due to the Covid-19 pandemic.  The race will run behind closed doors with only critical team and personnel attending along with a limited number of journalists.

Xtrac’s customary support team will attend, albeit with a reduced crew based in the Le Mans and Road to Le Mans paddocks, all following Covid-19 protocols.  They will, however, have the backup of Xtrac’s highly skilled engineering and manufacturing staff based in Berkshire in the UK, and in Indiana and North Carolina in the USA.