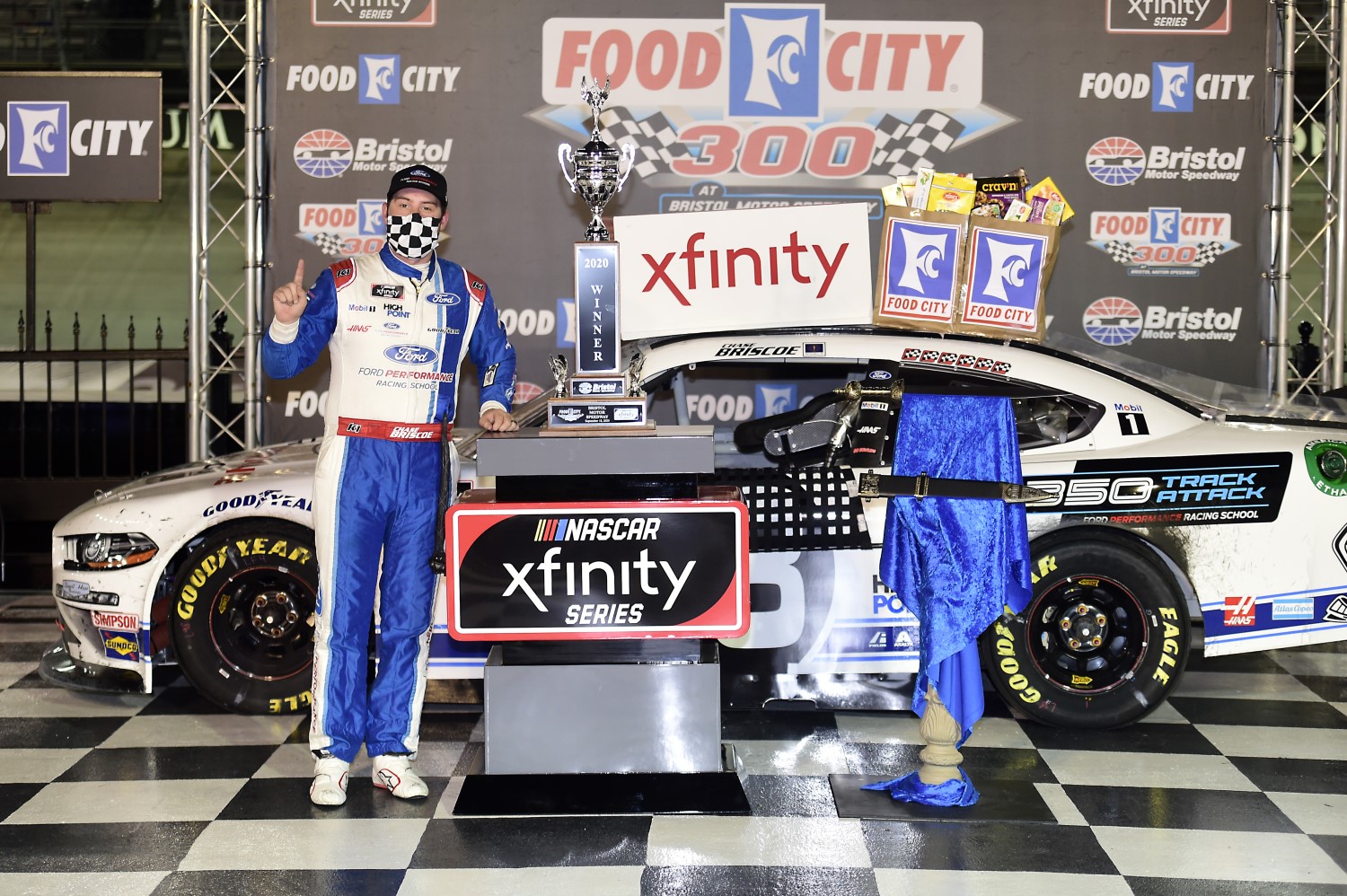 In a race that filled the final position for the NASCAR Xfinity Series Playoff, Chase Briscoe nudged close friend, fellow Ford driver and regular-season champion Austin Cindric out of the way with six laps left and pulled away to win Friday night’s Food City 300 at Bristol Motor Speedway.

Cindric didn’t have his full set of resources, having lost the power steering on his No. 22 Team Penske Ford during the final run. Cindric lost second place to Ross Chastain, who had led 117 laps. Chastain finished 0.651-seconds behind the race winner.

The victory was Briscoe’s seventh this season, his first at Bristol and the ninth of his career. Briscoe finished the regular season with 50 Playoff points, tied with Cindric, who won five of the first 26 races.

“The last 15 laps, our car came to life,” Briscoe said. “I figured something out. We had to root and gouge our way up there — that’s what Bristol is all about.

“If we could end up second in points and win the race, we’d have the same amount of Playoff points as (Cindric). Mission accomplished.”

Brandon Brown clinched the final berth in the 12-driver Xfinity Playoff with a 12th-place finish.

The victory was even more satisfying to Briscoe after 11th and 16th-place runs in last weekend’s doubleheader at Richmond Raceway.

“I was so mad after last week,” said Briscoe, who led 11 laps, including the final six. “I told all the guys there ain’t no way we’re getting beat today. I was so mad after how we ran last week, and I get on the internet all the time and see guys count us out after one bad race.

“I know what this team is capable of… I finished second here the last two races, and I wanted to win here so bad, and it’s awesome that I can actually celebrate it with all these race fans.”

Cindric struggled after his power steering began to fail 15 laps into the final green-flag run.

“I lost the power steering with about 30 laps to go and I’m not sure I’ve ever been in that much pain in my life, physically and emotionally,” said Cindric.

“That’s how it goes. We should have won the race tonight with our Discount Tire Ford Mustang.  The guys brought us a really fast piece. Things like this is what’s been keeping us out of victory lane a lot this year. We’ve got pretty strong cars and I’m proud of that. We’re set up really well for the playoffs. After a night like tonight, it makes you hungry.”