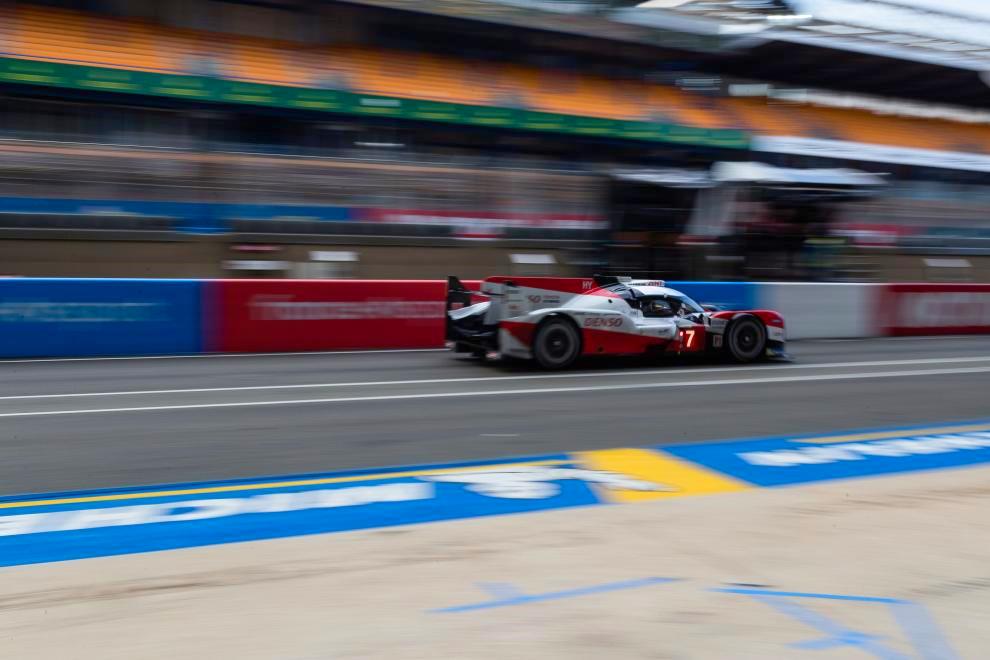 It’s night in Le Mans and the #7 Toyota has now taken a 1-lap lead over the sister #8 Toyota who suffered a brake issue in their #8 Toyota TS050 Hybrid.

Leading in LMP2 is  the #32 United Autosports Oreca is Job van Uitert, who just completed 135 laps. Roman Rusinov was second in the #26 G-Drive Aurus 01, despite a drive-through penalty for co-driver Jean-Éric Vergne.