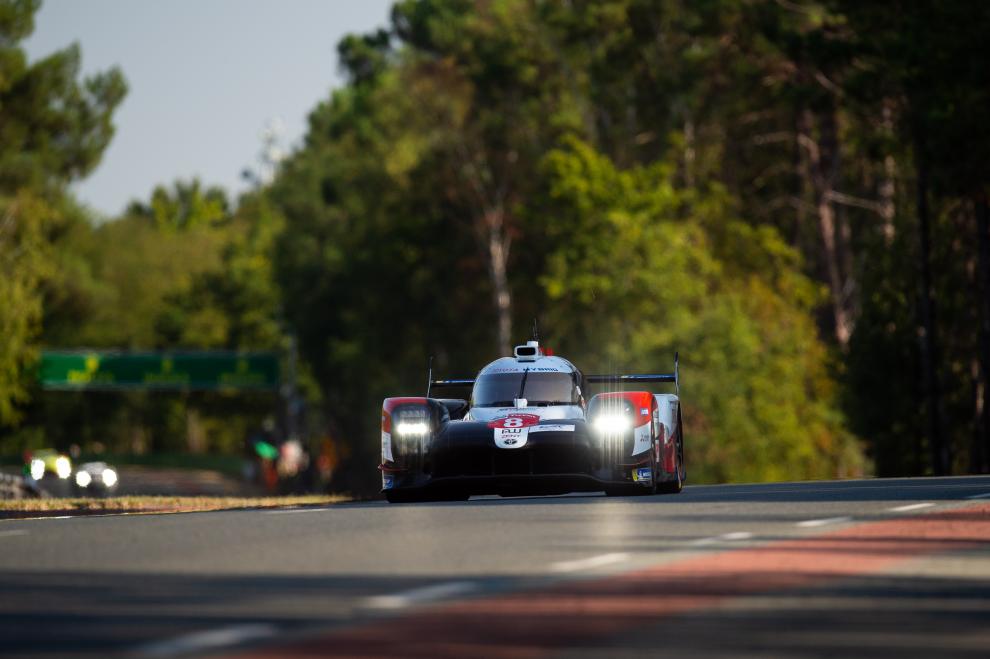 The #8 Toyota TS050 of Brendon Hartley, Kazuki Nakajima and Sebastian Buemi have extended their lead to 5-laps at the Le Mans 24 Hours.

An extended pit stop for the #1 Rebellion R13 of Gustavo Menezes, Norman Nato, and Bruno Senna cost them just over a lap as the team worked to resolve a number of minor issues. That elevated the sister #3 Rebellion R13 of Romain Dumas, Louis Deletraz and Nathanael Berthon into 2nd, but the #1 is gaining.

The #7 Toyota has been the fastest car on track for the last few hours and it is now just 1-lap behind the pair of Rebellions with 3-hours to go.  Can they make up a lap in that time? They are trying.

In LMP2, the #22 of Felipe Albuquerque and United Autosports have a comfortable advantage over the #38 JOTA Sport Oreca, with the #26 G-Drive Aurus 01 sitting in third.

The #97 Aston Martin Vantage AMR of Alex Lynn, Maxime Martin and Harry Tincknell forged on at the front of GTE-Pro, chased hard by the #51 AF Corse Ferrari 488 GTE Evo of James Calado, Alessandro Pier-Guidi and Daniel Serra, lapping a second quicker. With these two out of sync with each other on pit stops the lead switches between the two, but it is the Aston Martin that held the advantage of 1m04s at the clock struck Hour 21.

A lap back, the #95 Aston Martin of Nicki Thiim, Marco Sorensen and Richard Westbrook are ahead of the #71 AF Corse Ferrari of Davide Rigon, Sam Bird and Miguel Molina. The Risi Ferrari of Sebastien Bourdais sits fifth. 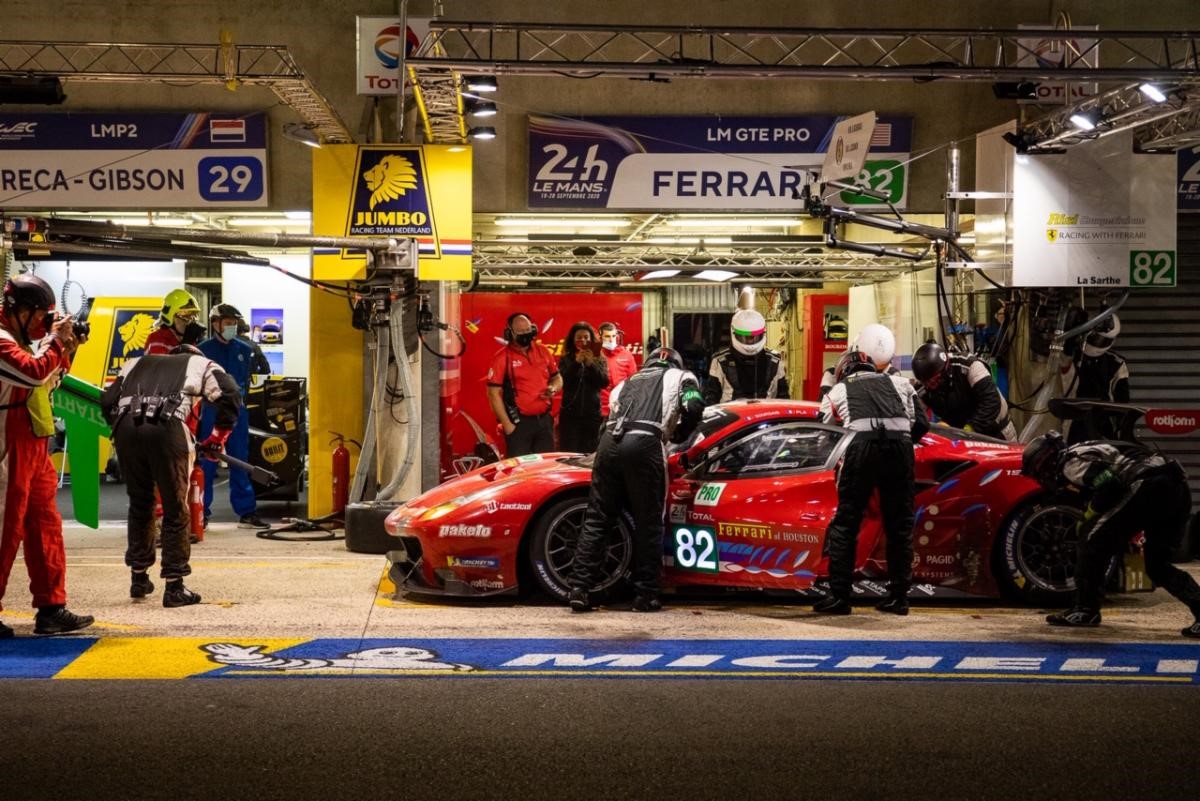 The #90 TF Sport Aston Martin’s has consolidated its lead in LMGTE-Am and runs in 25th overall, ahead of the #77 Porsche 911 RSR