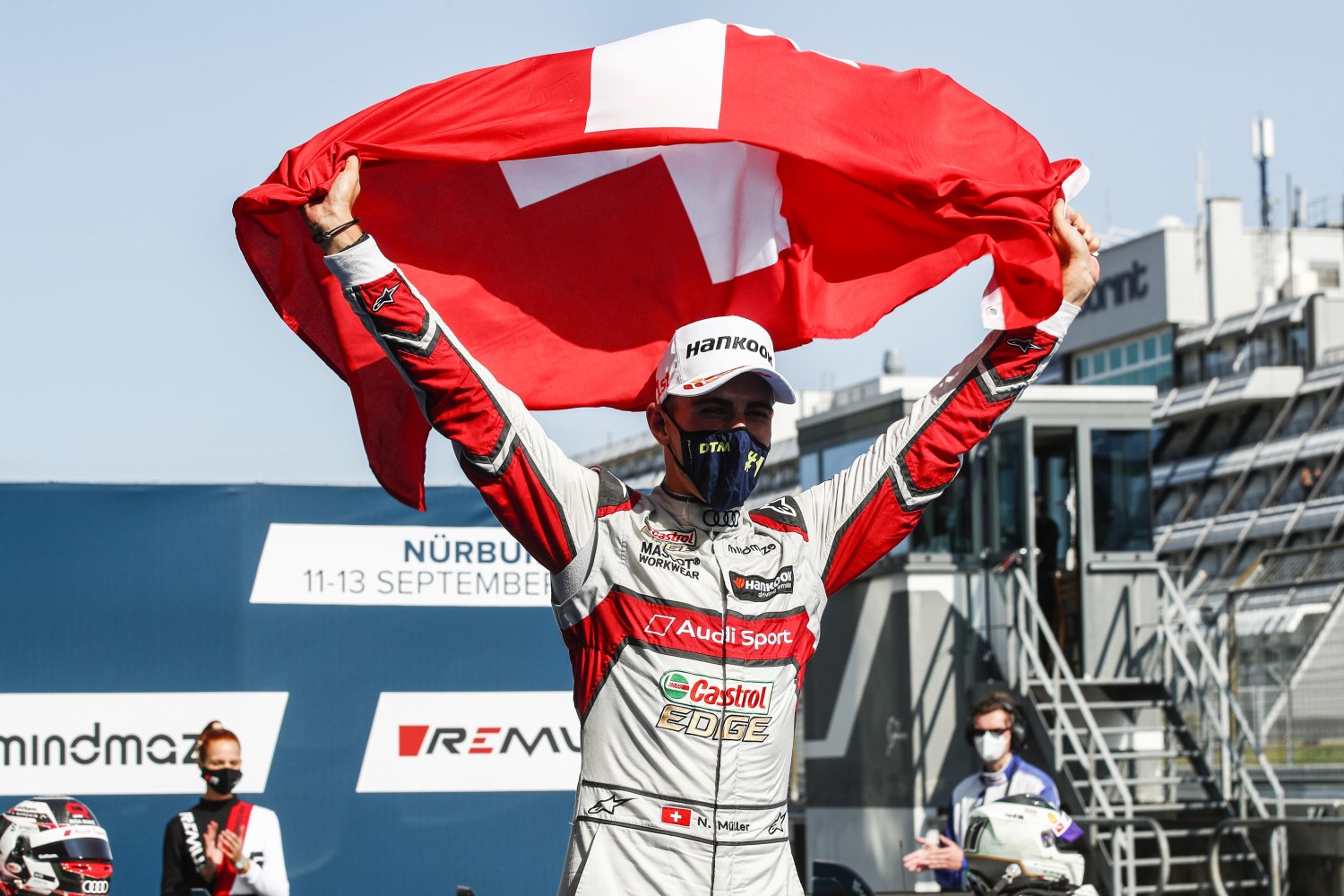 Audi driver Nico Muller won his fifth DTM victory of the 2020 season Sunday at the Nurburgring, beating Audi title rivals Robin Frijns and Rene Rast to extend his lead in the drivers’ standings.

From pole, Frijns jumped into the lead at the start, with Muller moving up to second from 3rd on the grid.

Rast slotted into third into the chicane on the second lap, putting the three championship leaders at the head of the field.

Frijns was initially able to build an advantage of over one-second on his rivals, but as the tires heated up Muller brought down the deficit to his Abt Audi team-mate to just 0.5s by the end of lap five.

Two laps later, Muller schooled Frijns heading into Turn 1, moving into the lead for the first time in the race.

Out in front, Muller extended his lead to over five seconds after the pit stop, allowing him to ease to his second victory in four races.