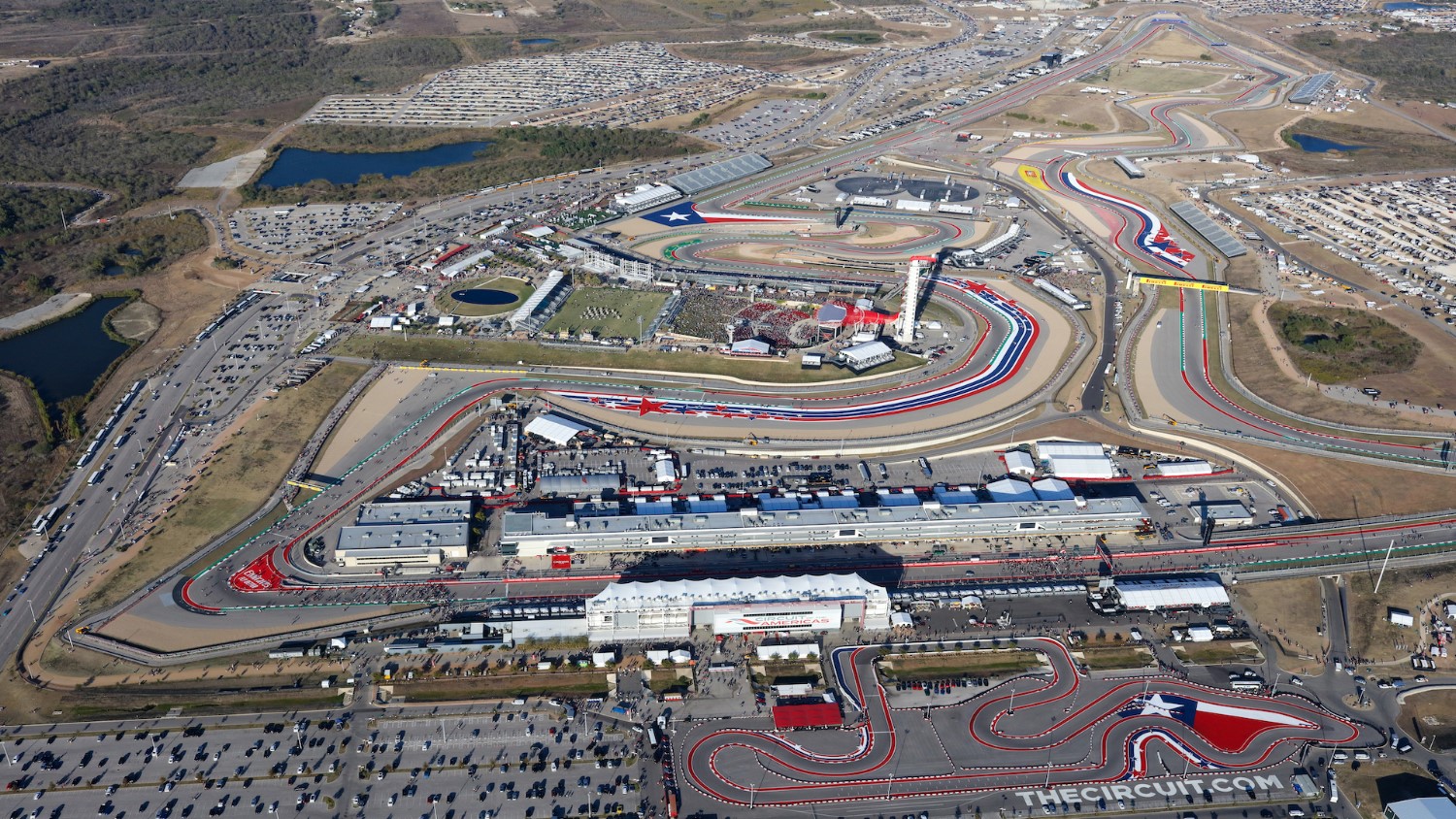 This rumor is upgraded to ‘fact’ today. IndyCar is out and NASCAR Cup is in.

“Our company is proud to have a 60 year history of fabulous firsts in motorsports entertainment, and we are honored to bring America’s premier racing series to one of the world’s most renowned entertainment venues and cities for the very first time,” said Speedway Motorsports President and CEO Marcus Smith. “I’d like to thank COTA CEO Bobby Epstein as well as NASCAR’s executive leadership for supporting us in an endeavor to do something that we believe will be spectacular for race fans, not only in Texas but around the world. We work and challenge ourselves every day at Speedway Motorsports to create amazing experiences that will last a lifetime, and we know NASCAR at COTA will deliver in 2021.”

As Speedway Motorsports celebrates its 25th season next year at Texas Motor Speedway in Dallas/Fort Worth, adding a NASCAR Cup Series point race in the state capitol of Austin will make 2021 the biggest year ever for NASCAR in the Lone Star State.

“Everything is bigger in Texas, including our passion for NASCAR, and NASCAR will be even bigger and better in Texas in 2021 with the addition of this race in Austin,” said Texas Governor Greg Abbott. “Along with the races at Texas Motor Speedway, this will be a great experience for NASCAR fans in Texas, while also boosting the Texas economy. We ’re thankful for Speedway Motorsports and CEO Marcus Smith for putting this new event together in Austin so NASCAR fans from across the country and around the world can come enjoy this community and all it has to offer,” added Abbott. “I join Texans across the state who are not only looking forward to next month’s race in Dallas/Fort Worth, but are also ready to drop the green flag at the Circuit of The Americas in 2021.”

Designed to challenge the world’s most talented drivers, Circuit of The Americas includes a 3.41-mile, 20-turn counterclockwise circuit and a newly reconfigured 2.2-mile, 15-turn short course. COTA is America’s only facility that annually hosts both Formula 1 and MotoGP races, and is also the only FIA certified Grade 1 track in the United States. The 1,500-acre entertainment complex has also hosted ESPN’s X Games as well as some of the biggest names in music including Taylor Swift, Metallica, Kenny Chesney and Justin Timberlake on the COTA Super Stage.

Stewart-Haas Racing co-owner and three-time NASCAR Cup Series champion Tony Stewart made a demonstration run in a No. 14 Haas Automation Ford Mustang last October at COTA. After driving the course in the 3,200-pound stock car, Stewart was intrigued about the possibility of NASCAR coming to Austin, and now that it’s official, he’s already looking forward to next May.

“The track was a lot of fun to drive. It’s very technical and there will be a lot of ways for the Cup Series drivers to attack it,” said Stewart, a 2020 inductee to the NASCAR Hall of Fame. “The corners get tighter, tighter, tighter and it’s going to be hard on braking. There are several potential passing zones.”

“This will be a challenge for the drivers, a heck of a show for the fans, and Austin will be a great place for teams to entertain sponsors. This is a big-time addition to the 2021 NASCAR schedule.”

“I’m grateful for Marcus Smith’s vision and determination to make this event possible,” said Circuit of The Americas CEO Bobby Epstein. “His teams in Charlotte and at Texas Motor Speedway have created a spirit of partnership that will make for a spectacular weekend of fun and competition.”

“Speedway Motorsports, along with the leadership at NASCAR, have a ‘Fans First’ attitude and have responded to everyone who has long desired to see a Cup Series race at COTA. Fans who’ve been here before will witness stock car racing at its finest for the first time, and first-time visitors will be amazed at the views and friendly experience. It will be our pleasure to write another chapter of motorsports history alongside Speedway Motorsports and NASCAR in 2021.”

Announcements regarding race length, course selection and the full weekend schedule will be made at a later date.

Fans can reserve a weekend ticket package to the inaugural May 23 NASCAR Cup Series race at the Circuit of The Americas by visiting www.NASCARatCOTA.com and follow @NASCARatCOTA on Twitter, Instagram or Facebook for additional event updates.

With rumors IndyCar will not be returning to Circuit of Americas in 2021 comes word that NASCAR officials plan to stage the 2021 All-Star Race at Texas Motor Speedway in North Texas while taking one of its two Cup Series points races away in a move expected to accommodate a Cup race at Circuit of The Americas in Austin, according to a published report on Monday.

The Athletic reported the All-Star Race would move to Texas as a concession for the track losing a date, “…which would in turn create an opening on the schedule for a points-paying race at COTA,” according to the report, the acronym referencing Circuit of the Americas. Moreover, a date for the All-Star Race would be pushed to the middle of the season from its traditional May date, according to the report.