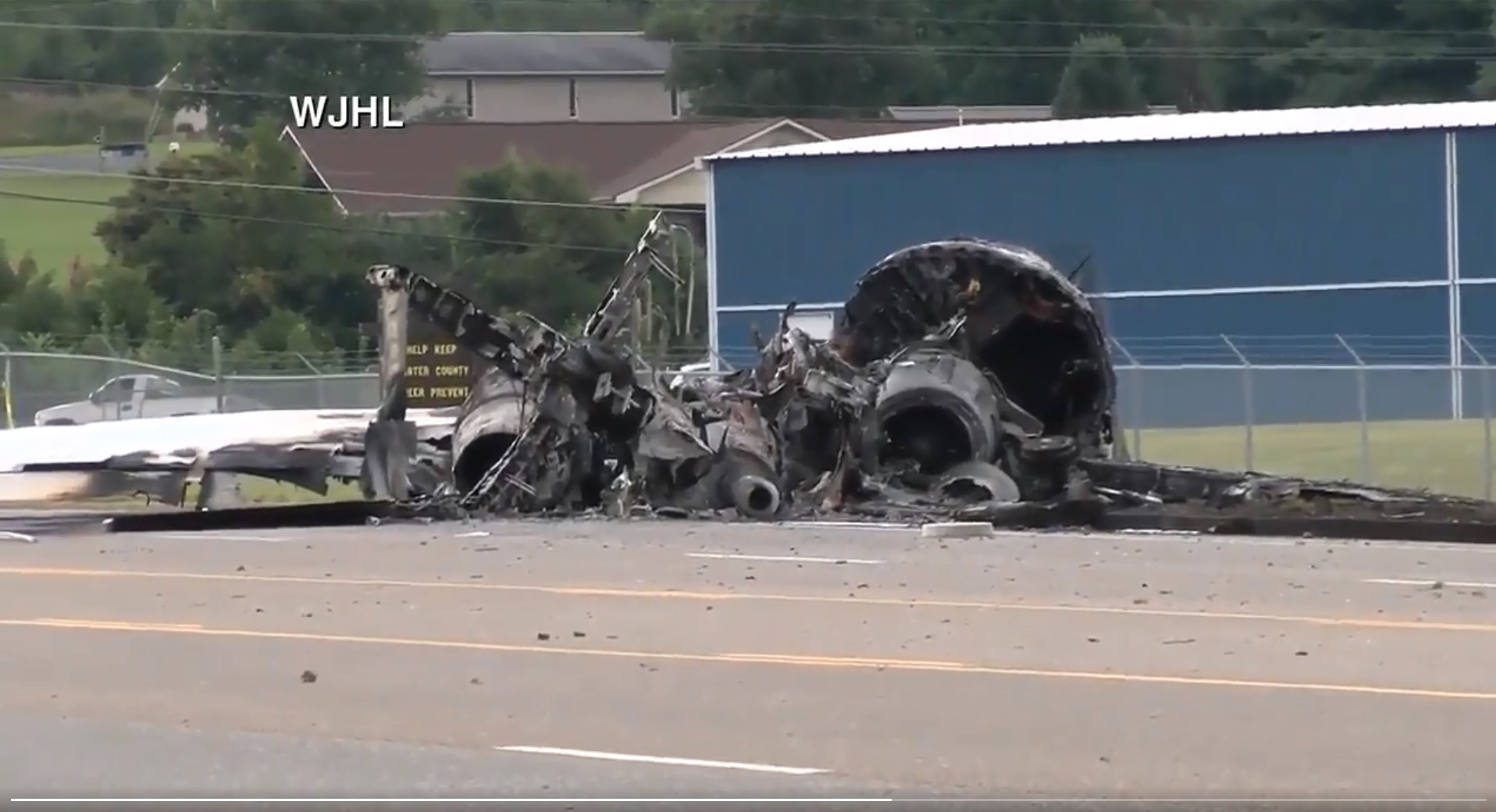 Before Dale Earnhardt Jr.’s plane crashed on a Tennessee runway, his pilots discussed having trouble seeing the airport on their initial approach and came in too fast, federal investigators said.

“They also discussed traffic in the area and were maneuvering around clouds, which may have increased the pilots’ workload,” according to the final report on the crash by the National Transportation Safety Board.

As the flight crew continued to approach Elizabethton Municipal Airport on Aug. 15, 2019, they crossed a ridge line 710 feet above ground, triggering a terrain awareness and warning system alert, according to the report.

“Further, the flight crew made several comments about the airplane flying too fast and allowed the airspeed to increase well above the reference speed for the approach,” NTSB investigators said.

To slow the airplane for landing, the pilot “partially extended the speed brakes when the airplane was below 500 feet, which is prohibited in the airplane flight manual,” according to the NTSB report. “Five seconds before touchdown, the airplane’s descent rate was 1,500 feet per minute, which exceeded the maximum allowed for landing … of 600 fpm.”

And, when the airplane first touched down, the pilot didn’t extend the speed brakes, “which the landing checklist required.” He instead tried to deploy the plane’s thrust reversers, which failed to unlock because the plane “bounced and was airborne again before the command could be executed.”

The plane touched down four times before crashing.

The NTSB blamed the crash on the pilot continuing “an unstabilized approach” and the flight crew decision not to do a go-around before touchdown. Those factors caused the “bounced landing, a loss of airplane control, a landing gear collapse” and the plane leaving the runway.

The pilot’s failure to deploy the speed brakes during the initial touchdown also contributed to the crash, investigators said.