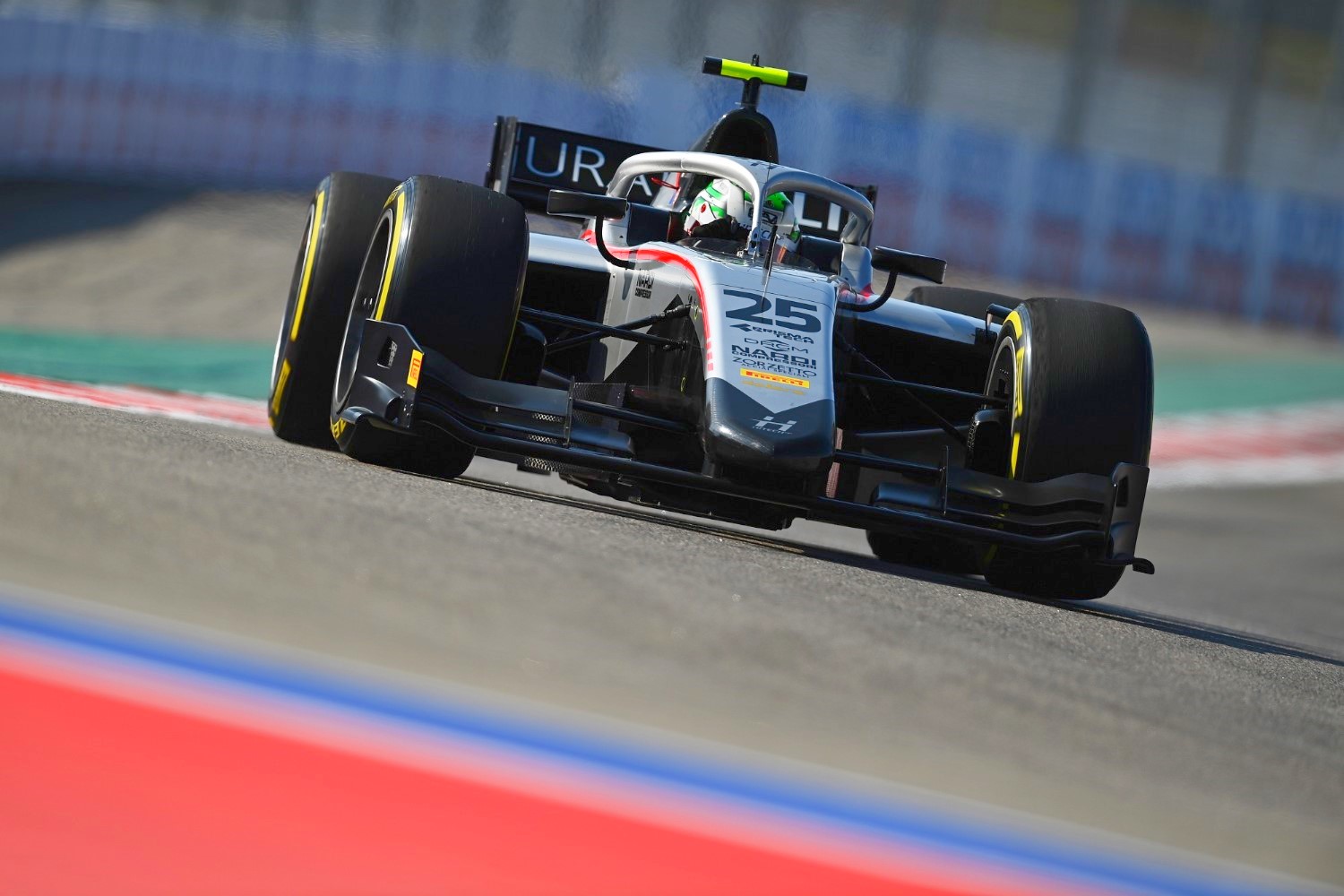 Luca Ghiotto set the fastest laptime of Free Practice in Sochi, but ended the session with his Hitech Grand Prix machine facing the wrong way. The Italian spun down the main straight at the end of the session, but had already punched in a sterling laptime, setting the standard at 1:49.631, ahead of Carlin’s Yuki Tsunoda and Jehan Daruvala.

Making his debut in F2, Jake Hughes was amongst the first men out on track in Sochi, taking a steady first tour of the circuit, as he began to get a feel for his new machinery.

Ghiotto was busy putting his experience to work, getting in the first fast lap of the morning and setting the benchmark at 1m 49s.

Daruvala briefly nipped ahead of the Italian, but Ghiotto was soon back in-front, taking the lead once again with 1:49.712. Tsunoda managed to dip into second, ahead of a freshen up in the pitlane.

Focus switched to long runs as they returned to the circuit, but they were slowed by a Virtual Safety Car period after Marino Sato stopped on track.

Running did get back underway, but only briefly. Luca Ghiotto span 180 degrees on the main straight after exiting the final corner, and ended up facing the wrong direction. This brought out a red flag, with the session not restarting.

The Italian finished on top, less than a tenth of a second faster than Tsunoda in P2. Daruvala took third, ahead of the in-form Christian Lundgaard, and Callum Ilott.