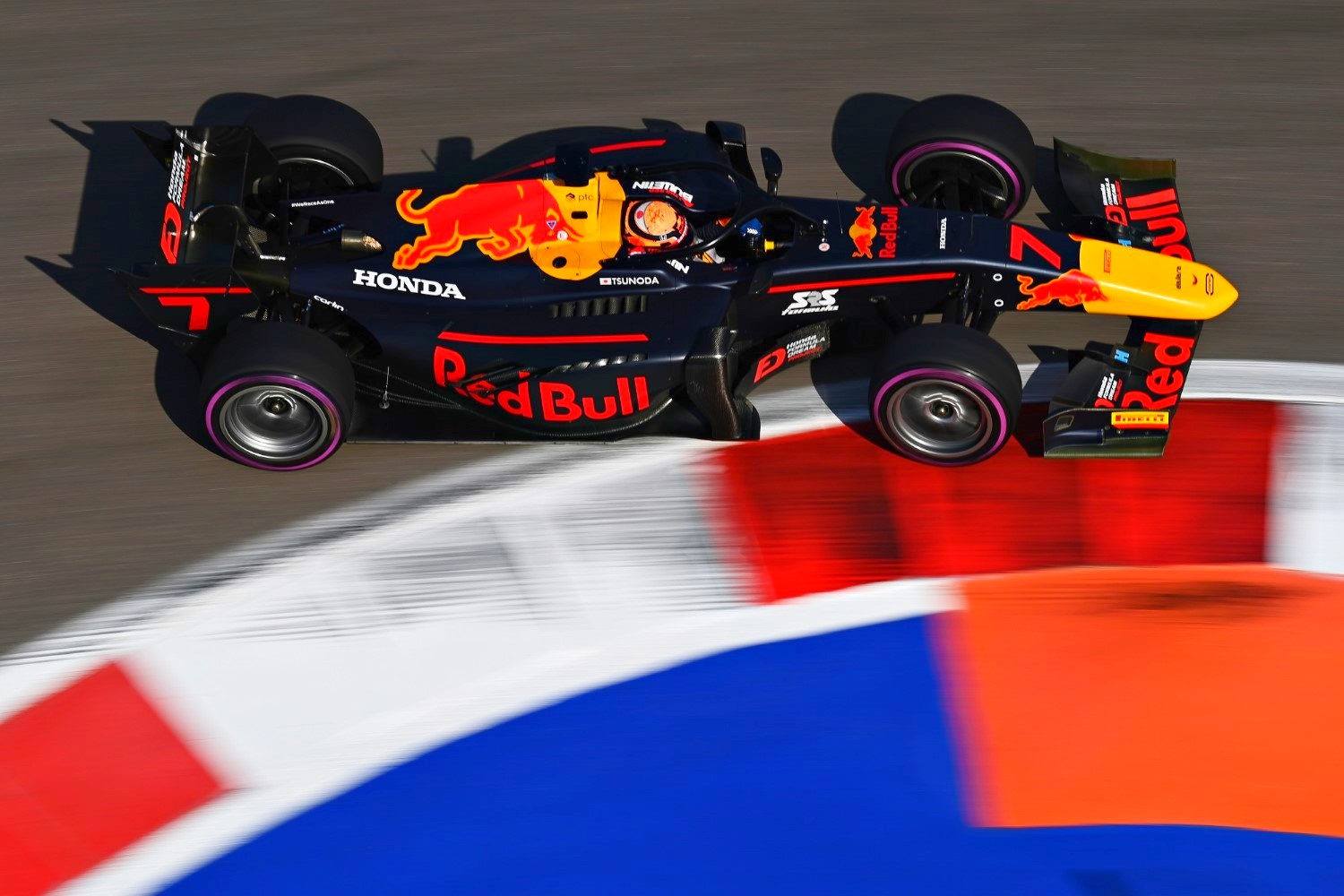 Yuki Tsunoda left it late to claim his third pole position of the season, after Carlin teammate Jehan Daruvala had led nearly the entirety of Formula 2 Qualifying in Sochi. Tsunoda snatched pole in the dying stages, while the Indian driver missed out by just 0.006s, as Carlin secured the first front-row lockout in F2 Qualifying since UNI-Virtuosi in July 2019.

Championship leader Mick Schumacher was first out of the blocks around Sochi, but it was his teammate Robert Shwartzman who set the quicker lap of the two, briefly taking first place with a benchmark time of 1:49.634.

Beating them both, Daruvala flung his Carlin around for first at the end of his maiden run. Nikita Mazepin managed to find time in the first and second sectors to briefly go top, but the Carlin driver found a further four tenths of a second to retake provisional pole.

The Carlins were clearly fast around the Sochi Autodrom, as Tsunoda nipped ahead of Mazepin and into second place. Meanwhile, Jake Hughes was sat in ninth on his F2 Qualifying debut as the cars headed back to the pits for fresh rubber.

Daruvala picked up from where he left off when they returned for a second stint, finding a further tenth to try and solidify first place ahead of Tsunoda. Guanyu Zhou and Callum Ilott managed to fight up to third and fourth, but neither of them could match the Carlins for pace.

The Pirelli rubber had held up well around Sochi and Tsunoda put it to good use. The Red Bull junior set a stunning final lap to steal first from his teammate.

Daruvala attempted a reaction, but fell agonizingly short, by just six thousandths of a second.

Shwartzman briefly claimed third, but ended up down in seventh after the final set of push laps. Schumacher found further pace from his PREMA to take P3 behind the Carlin duo.

Ilott, Schumacher’s title rival, managed to improve to fourth on the final run, but his teammate Zhou dropped to P9.