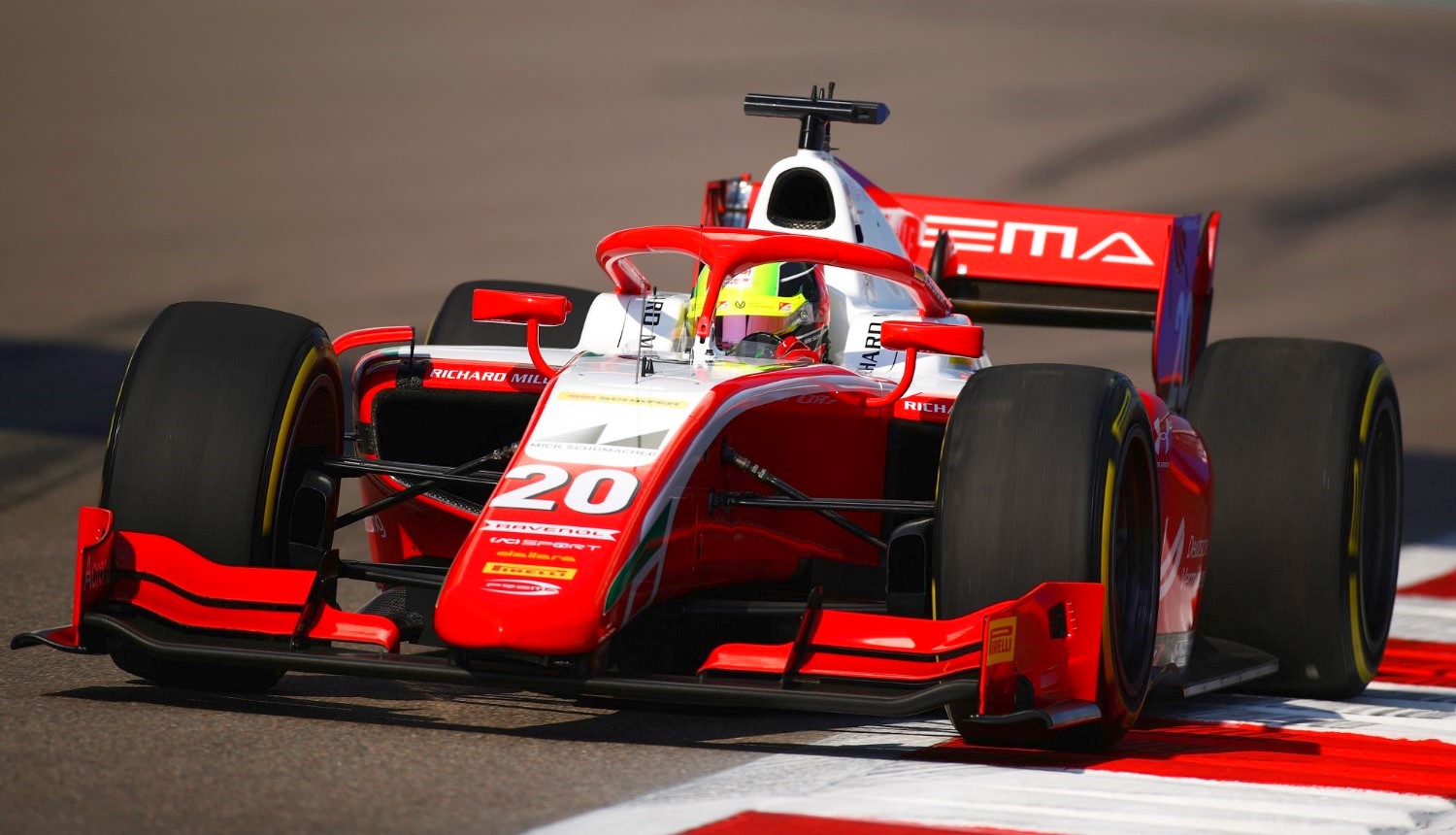 Mick Schumacher strengthened his grip on the Drivers’ Championship with arguably his most accomplished performance in Formula 2 machinery, clinching his second victory of the season in Sochi. The PREMA racer beat out pole-sitter Yuki Tsunoda from third, with the Carlin racer finishing second in-front of fellow title rival Callum Ilott.

Tsunoda had looked comfortable for much of the race, but Schumacher had been shrewdly managing his tires and made light work of dashing past with 10 laps to go. Ilott briefly challenged the German for the win, but ended up clinging onto third with little life left in his tires.

It was a disappointing morning for the in-form Christian Lundgaard, as the ART Grand Prix driver was taken out of the race on the very first lap, after a tangle with Jüri Vips and Pedro Piquet.

It was a similarly frustrating race for another of the title contenders, Robert Shwartzman, as the Russian struggled to 11th on home soil, finishing out of the points for the third race in a row.

Tsunoda enjoyed a sterling launch when the lights went out, getting away cleanly from teammate Jehan Daruvala. He faced a sterner challenge from the traditionally strong starting Schumacher, who barged his way ahead of Daruvala from third and immediately put Tsunoda under pressure into Turn 1.

Tsunoda held on, as the front three got through the opening corner cleanly, but there was carnage behind them as Vips tagged Piquet. The ailing Charouz left Lundgaard with nowhere to go, collecting him and dumping the Dane off the road to end his race early and bring out the Safety Car.

Louis Delétraz, Felipe Drugovich and Roy Nissany were caught up in the collision as well, with the former forced into the pits for repairs and the latter two retiring. Tsunoda aced the restart when the Safety Car returned and began to gently eek away from Schumacher.

With two cars in the front three, Carlin opted to pit Daruvala first, leaving the race leader out there for a further lap. Tsunoda, Schumacher and Ilott all followed into the pitlane a lap later, returning in ninth, 10th and 11th.

Aitken, on the alternate strategy, was handed the lead from fifth over Nikita Mazepin, but the Campos seemed to be struggling for grip and was battling to hold the Hitech off. The Russian made his move, but Aitken offered up a strong defense and Mazepin was forced wide and through the bollards. Guanyu Zhou skipped past, although the Hitech would regain the position a few laps later.

The Campos ace was “flat out,” but his mediums looked in a bad way, struggling to hold on around the Sochi Autodrom. All the while, Tsunoda was catching up, having already fought up to P7 with 12 laps to go. Schumacher and Ilott were directly behind him, but Daruvala was struck in 11th, having lost track position in the pitlane.

Aitken pitted from the lead with 10 laps to go and was followed in by Mazepin and Zhou a lap later. Tsunoda took back the race lead, but only fleetingly. Schumacher was in his slipstream and bombed past him on the main straight, daringly out-braking the Carlin and making the move stick into Turn 2.

Having previously looked so assured, Tsunoda was then at the mercy of Ilott, who followed Schumacher through for second place all too easily. Ilott was eying up his race leading title rival, but just couldn’t get within DRS range.

Chasing Schumacher, Ilott’s tires began to drop off and the UNI-Virtuosi racer was reeled back in by Tsunoda, who hauled his Carlin around the outside of Turn 3 and back into second place.

Ilott was then under pressure from Ghiotto, but managed to cling on by the skin of his front wing at the checkered flag. Schumacher had already crossed the line with a comfortable 6.3s lead over Tsunoda.

Ghiotto had to settle for fourth, followed by Daruvala and Aitken. Mazepin, Zhou and Marcus Armstrong followed, with Dan Ticktum completing the top ten, as title contender Robert Shwartzman finished 11th and out of the points. Meanwhile, Jake Hughes finished 12th for HWA RACELAB on his F2 debut.

Schumacher now has an 18-point advantage on Ilott in the Drivers’ Championship, sitting in first on 186 points. Ilott is second with 168, ahead of Lundgaard and Tsunoda who are tied on 145. Shwartzman has dropped to fifth with 140 points. In the Teams’ Championship, PREMA are first with 326 points, ahead of UNI-Virtuosi on 280 and Hitech on 234. ART are fourth, ahead of Carlin.

“I am very happy with today’s race. I think that we maximized what we had. The supersoft stint was a bit of a mess, especially the pit phase as I wanted to do another lap, but in the last sector I felt my rears going. I saw everybody else going in as well, so I opted to pit. It was a bit messy, but in general I think we managed it pretty well.

“On the medium tire, we managed it pretty well, we were always in contention, and we stayed with Yuki, having a gap of around two, two-and-a-half seconds. With the traffic out there, we kind of all bunched together, but I managed to get the move done and I just had to manage the race from there. 25 points is always good and that’s another win for this year, so I am pretty happy.”