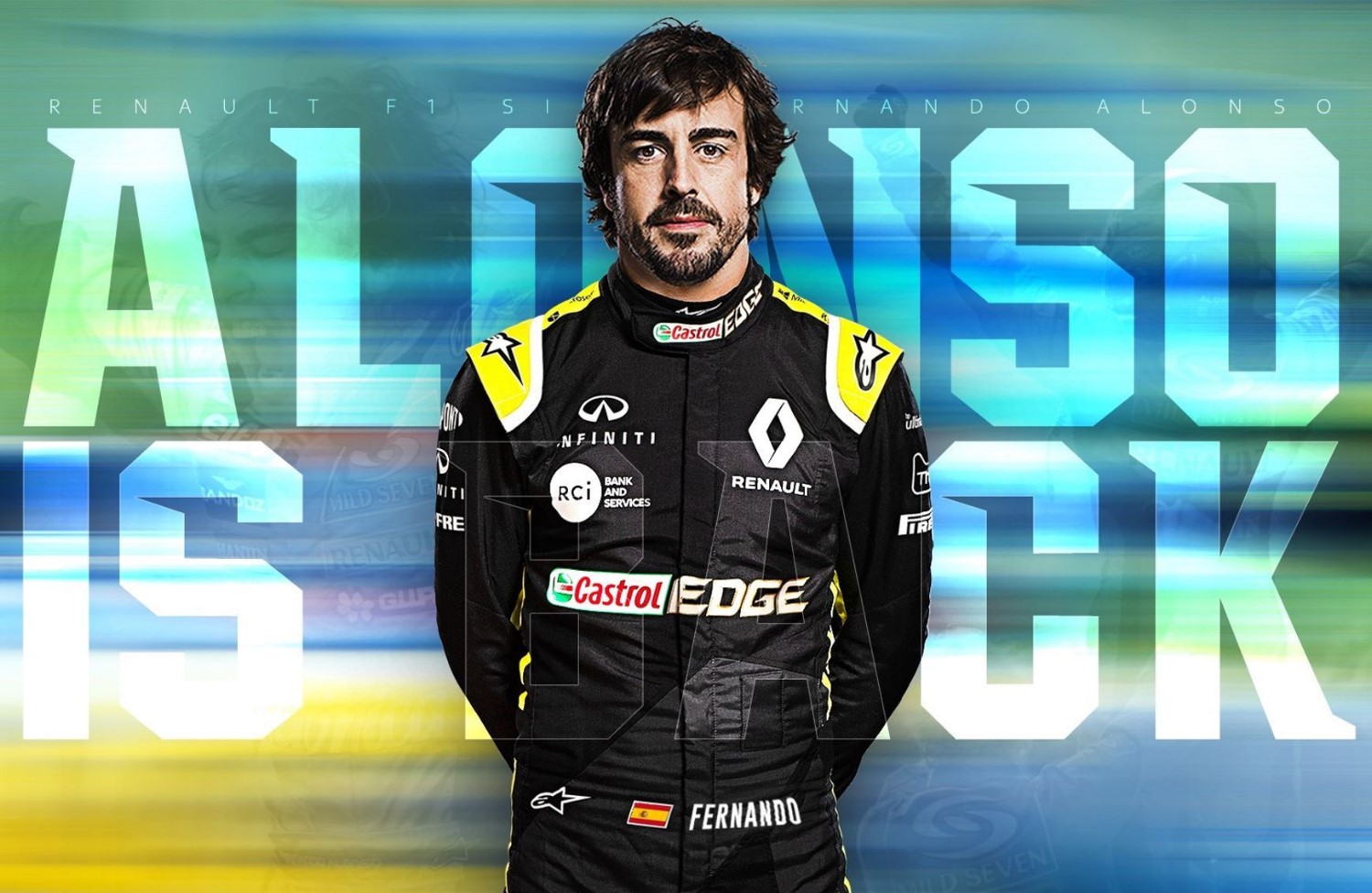 According to the Spanish broadcaster Movistar, the Spaniard will be in the cockpit for a ‘filming day’ in Barcelona next Tuesday – October 13.

After that, a half-day test in Renault’s two-year-old car is also on the cards, Spanish Formula 1 journalist Albert Fabrega claims.

Alonso, now 39, is returning to Formula 1 next year to replace the McLaren-bound Renault driver Daniel Ricciardo.

By then, the team will be called Alpine, after Renault’s sports and racing car brand.

“One of the best things that happened to me in life is when so many people said that I am distant and cold,” the two-time world champion said in his new Amazon documentary.

“Then when people actually meet me they are delighted,” Alonso laughed.

(GMM) Fernando Alonso will get behind the wheel in the coming months as he prepares to return to Formula 1 next year.

The Spaniard says that when he left the “boring” sport at the end of 2018, he always intended to potentially return for the all-new 2021 rules.

However, the pandemic pushed the rules back to 2022.

“Next year will be difficult,” Alonso admitted to La Gazzetta dello Sport. “I realize that things will not change much. For another year and a half Hamilton will continue to win.

“There are no opportunities for us to win or even be on the podium – Mercedes and Red Bull are far above all the others.

Alonso is returning with Renault, which will become Alpine for 2021.

Team boss Cyril Abiteboul announced at Sochi that the world of Formula 1 “will see Fernando in action” in the near future.

“We are building the program,” said the Frenchman.

Abiteboul explained that the team has ‘filming days’ available, and it has already emerged that Renault is pushing for Alonso to be allowed to do the ‘young driver test’ in Abu Dhabi.

“We also have a two-year-old car program that we can run pretty much anywhere, and he will probably do a bit of that also,” he added.

Alonso says he still sees himself as one of the very best drivers in Formula 1.

“I believe I am among the most complete,” he said. “I’m close to the best in all the aspects: qualifying, the race, in the wet, with Michelin tires, with Pirelli tires.”

“I have a purpose and a hope for 2022,” said Alonso, “although I think it’s the same for many others.

“2022 could be another Hamilton championship, but it could also be Sainz, Leclerc, Verstappen. Alonso.”