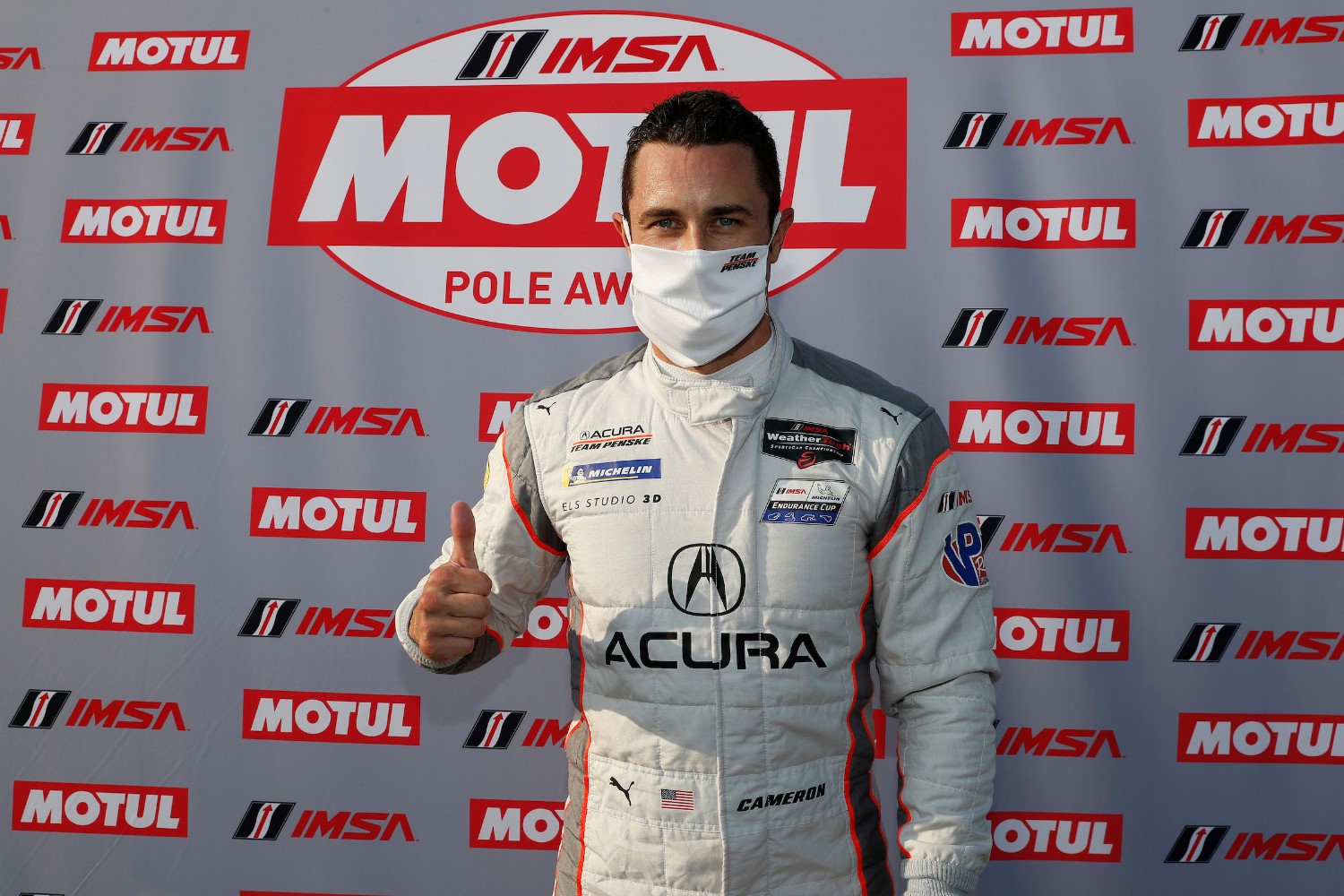 The two-hour, 40-minute race is Round 6 of 10 for the Daytona Prototype international (DPi) class in the IMSA WeatherTech Sports Car Championship.

Cameron and Castroneves put on an intense battle for pole position, with Cameron in the No. 6 Acura Team Penske Acura DPi edging Castroneves in the No. 7 car for the Motul Pole Award by just 0.016 seconds. Cameron’s quick lap was timed at one minute, 10.839 seconds (114.750 mph).

Taylor, in the No. 3 Mobil 1/SiriusXM Chevrolet Corvette C8.R, set a lap of 1:17.985 in the championship-leading entry he shares with Antonio Garcia. Taylor also was the class pole-winner at Sebring in July. Garcia and Taylor lead the GTLM Drivers’ Championship by 14 points over their No. 4 Corvette C8.R teammates Oliver Gavin and Tommy Milner.

Gavin qualified third in class and was 0.530 seconds off Taylor’s pace. He’ll line up behind the No. 3 Corvette for the start of the race.

JORDAN TAYLOR, NO. 3 MOBIL 1/SiriusXM CHEVROLET CORVETTE C8.R – GTLM POLE-WINNER: “It was good. No matter how many cars, the GTLM class is always going to be competitive. It’s unfortunate Porsche isn’t here but hopefully they will be back for the next round. For us, it’s the first time here with the Corvette C8.R, so a lot of this came down to preparation by the team. We spent two days at the simulator last week to prepare for it and rolled off the truck really strong. We’ve only had to make a couple of minor adjustments, and that speaks volumes for the team and the preparation to come here with a brand new car and be out front. The Corvette was really good in qualifying and has been good all weekend. Hopefully we can lead the next session as well.”

The Acura Sports Car Challenge at Mid-Ohio is scheduled for 2:05 p.m. ET today with same-day coverage on NBCSN at 11 p.m. ET. Live streaming coverage begins at 2 p.m. via TrackPass on NBC Sports Gold. In addition, IMSA Radio will broadcast the race on IMSA.com, which also will host live timing and scoring.

In the GT Daytona (GTD) category, Aaron Telitz sped to his second pole position of the season in the No. 14 AIM Vasser Sullivan Lexus RC F GT3. Telitz was the only driveMotul Pole Award winner #14 AIM Vasser Sullivan Lexus RC-F GT3, GTD: Aaron Telitzr to break the 1:21 barrier, clocking a 1:20.974 lap (100.387 mph) as the checkered flag fell on the 15-minute session.