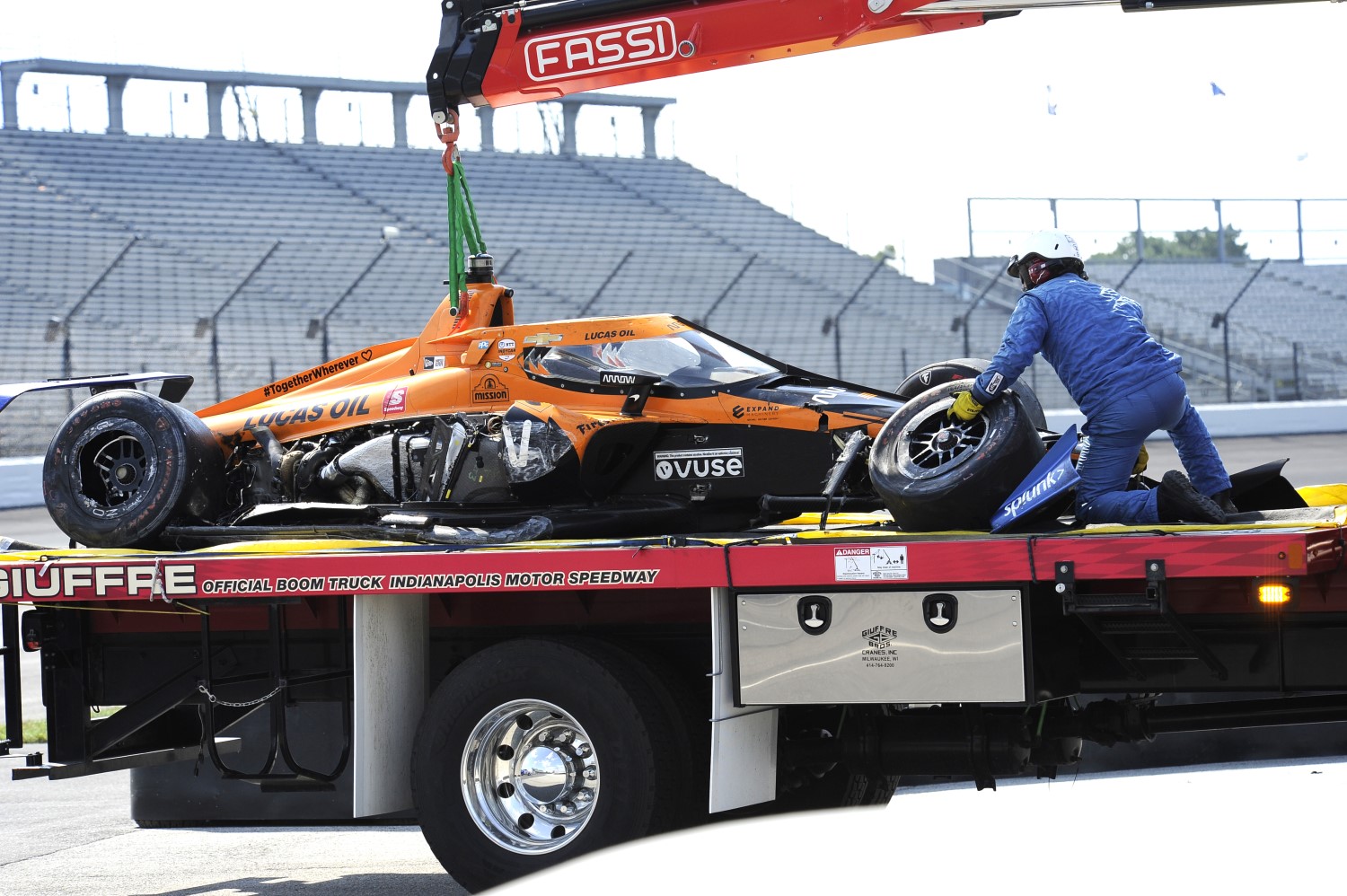 The IndyCar medical team may have missed an obvious one.

Oliver Askew had a crash following a mid-race restart in the Indy 500. Trying to avoid a spinning Conor Daly, Askew lost control and made heavy contact with the inside wall.

The No. 7 driver retained consciousness during the crash, but he needed to sit on the sidepod of his car for several minutes before he was able to regain his bearings before being transported to the medical center.

Askew was cleared after the accident, telling media, “I think I got the wind knocked out of me and banged up my knee a little bit.”

What we are not sure of is whether the IndyCar medical team did not test him for a concussion, or whether Askew was not truthful with them about what he was feeling after the Indy crash. Another hit to the head could have been career ending – just ask Dario Franchitti

What is really alarming is that Askew  raced four events since the crash: two at Gateway the week after the Indy 500 and two at Mid-Ohio two weeks later.

Now, though, Askew has reported problems with balance and coordination, opting for another medical examination to assess those symptoms specifically, and he has been replaced in the #7 Arrow McLaren by Helio Castroneves.