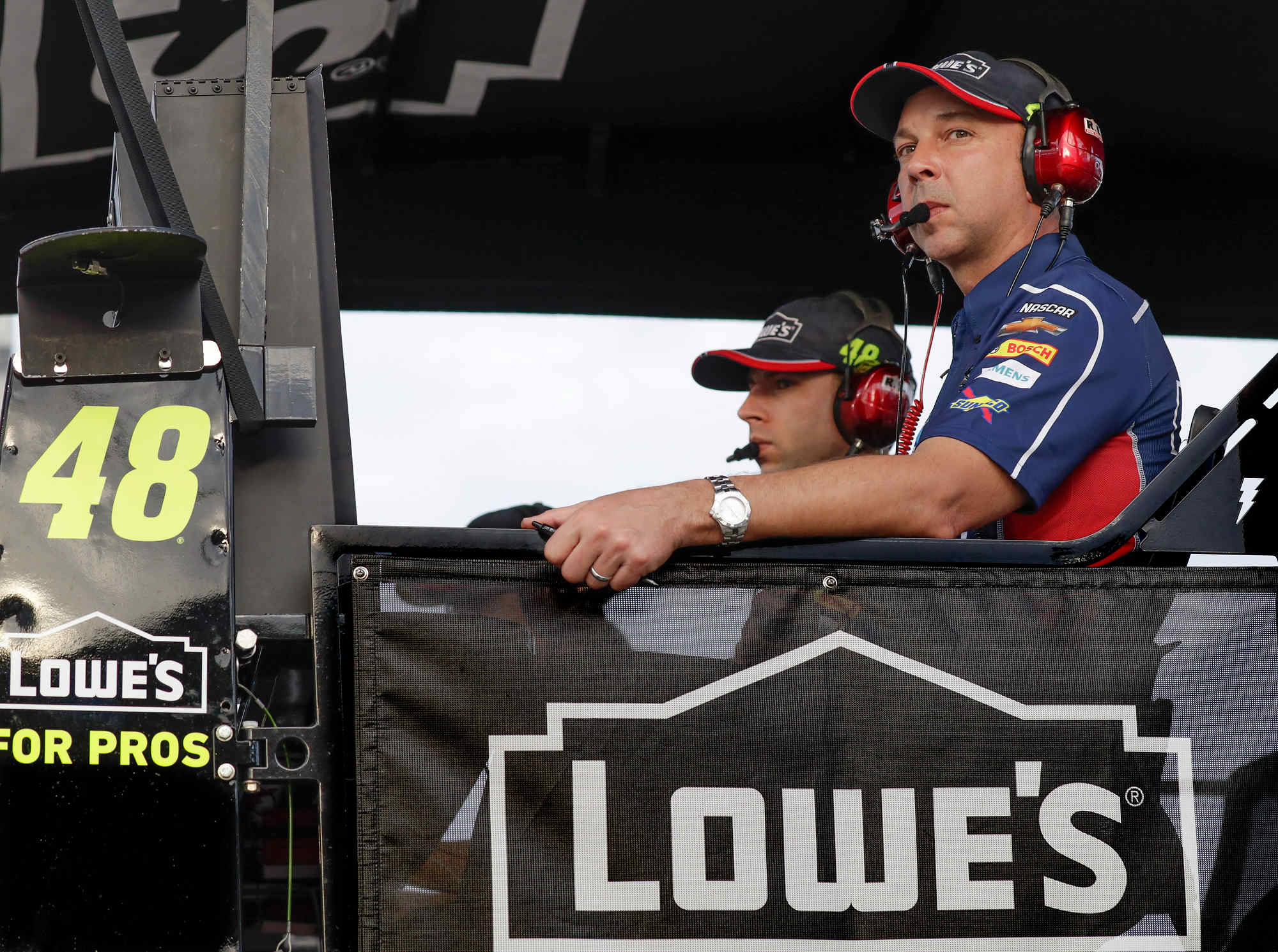 Chad Knaus, whose success as a crew chief is nearly unparalleled in NASCAR, will step down from that role after this season and move into a leadership position at Hendrick Motorsports, the team announced Tuesday.

Knaus will become vice president of competition. He will oversee technical development for Hendrick Motorsports, including implantation of the Next Gen car in 2022. He also will be responsible for personnel for each of the four teams, including crew chiefs, pit crews, engineering, fabrication, assembly and other team-related staff.

Hendrick Motorsports has promoted senior leaders Jeff Andrews and Chad Knaus into new roles designed to enhance the competition structure of the 12-time NASCAR Cup Series champions. The moves include the elevation of Knaus, one of the most decorated crew chiefs in NASCAR history, to an executive management position.

As vice president of competition, Knaus will oversee the technical development of Hendrick Motorsports’ entire stable of Chevrolet race cars, including its implementation of NASCAR’s 2022 “Next Gen” vehicle. The Rockford, Illinois, native will be responsible for personnel dedicated to the organization’s four NASCAR Cup Series entries, including crew chiefs, pit crews, engineering, fabrication, assembly and other team-related staff. He will assume his new duties following the completion of the 2020 season.

Knaus, 49, is a seven-time Cup Series champion crew chief, all with driver Jimmie Johnson, and a winner of 82 races. From 2006 to 2010, the duo won an unprecedented five consecutive titles. At the top level of stock-car racing, only Hall of Fame crew chiefs Dale Inman and Leonard Wood have more race victories, and just Inman has more championships. As crew chief of the No. 24 team with driver William Byron, Knaus this season competed in his record-extending 17th Cup playoffs. He is the all-time leader in NASCAR playoff race wins with 29 – nearly three times more than anyone else – and recently called his 700th career Cup-level race.

“When I started at Hendrick Motorsports (in 1993) working for Ray Evernham, my goal was to be a crew chief,” Knaus said. “Starting at a young age, I wanted to win every race we entered and battle for every championship. Mr. (Rick) Hendrick has given me the chance to do exactly that, and I could not be more thankful to him. After all these years, my competitive desire has not changed at all, but now I have a family that deserves my attention. This new executive role will allow me to compete in a different way with all four of our teams while spending more time with my wife and two young children. I appreciate the company supporting my decision, and I’m truly excited about the challenge ahead of me to help us grow and win. I’m also looking forward to working closely with Jeff, who I admire and have great respect for. I owe so much to Mr. Hendrick and everyone at Hendrick Motorsports, and I’m ready for the next chapter.”

Knaus will report to Andrews, 55, who has been promoted to executive vice president and general manager, effective immediately. Andrews joined Hendrick Motorsports in 1992 and most recently served as vice president of competition since 2017. He previously held a variety of leadership positions in the team’s engine department, including director of engine operations. In his expanded role, the Fresno, California, native will oversee all competition-related departments, including powertrain, manufacturing and racing operations. He will continue to support the organization’s technical relationship with manufacturer Chevrolet and remain its primary liaison with NASCAR’s competition group. He reports to Hendrick Motorsports president Marshall Carlson.

“In my almost 29-year NASCAR career, I’ve been fortunate to work for just one organization,” Andrews said. “Mr. Hendrick is a racer and a fierce competitor. His drive to win is contagious, and I’m grateful to have a team of like-minded people who share that passion. Racing is all I have ever done professionally. When I left my home and my family 33 years ago to pursue this dream, I never could have imagined the opportunities that have been provided by so many people, most importantly Mr. Hendrick. It’s been a privilege to grow within this amazing organization, and I look forward to working alongside Chad in his new role. He and I share a love for this business and a commitment to providing the very best resources for Hendrick Motorsports to win into the foreseeable future.”

Andrews and Knaus have more than 50 years of combined experience with Hendrick Motorsports.

“As we look to the years ahead, Jeff and Chad are going to play significant roles in our success,” said Rick Hendrick, owner of Hendrick Motorsports. “They’re tremendous leaders who are respected within our organization and across the entire auto racing world. In addition, they each bring unique strengths and skill sets that will complement each other extremely well and benefit all of Hendrick Motorsports. We’re in the business of winning, and this combination is going to help us do just that.

“In life, it’s rare to witness true excellence first-hand, but that’s precisely what we’ve been treated to with Chad. Today’s announcement is bittersweet because, in my opinion, he is the finest crew chief our sport has ever seen. Although we’re going to miss him atop the pit box, I’m heartened that Chad has made this decision for himself and his growing family and that he is energized about the opportunity to move us forward in a new capacity. There is no one with higher standards or a stronger passion for winning. He will continue to elevate Hendrick Motorsports and instill his championship mentality throughout the company.”

Hendrick Motorsports will announce a new crew chief for Byron and the No. 24 team at a later date.