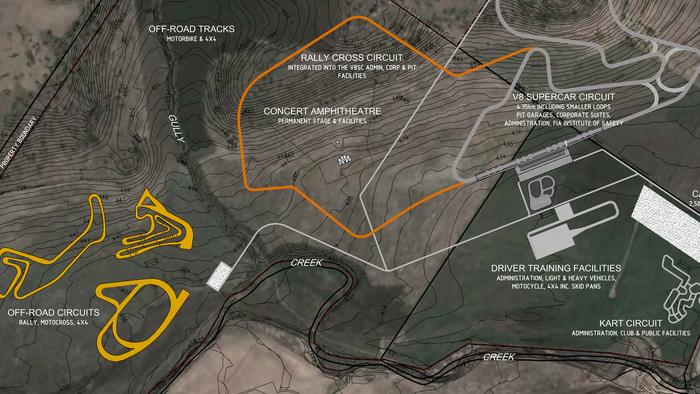 The Queensland State Government is set to invest $40 million in a Toowoomba project that includes the establishment of the Will Power Center for Motorsport and Driver Training Excellence.

Proposed by the Wagner Corporation, the company behind the $175 million Toowoomba Wellcamp Airport, the new facility which is planned to begin construction next year will incorporate motorsport, driver-training and 40,000 person performing arts venue.

“The Wagner family will invest with the state and federal governments support in the order of $95 million of our assets and funds into this project,” said John Wagner, Wagner Corporation chairman.

“We are keen to start construction early next year to help kick-start the economy post COVID-19.”

The Will Power Center for Motorpsort and Driver Training Excellence is intended to cater to all levels of motorsport, and includes road safety and driver education facilities.

Premier Annastacia Palaszczuk said the plan has the potential to revolutionize the economy of Toowoomba and the Darling Downs.

“The Wagner family’s record of delivering world-class projects, especially in this region, is without peer,” Premier Palaszczuk said.

“Their vision, imagination and drive to succeed has turned paddocks into an international airport and trade distribution center that, with the support of my Government, is also home to the Qantas Group Pilot Academy.

“Now, the Wagners are ready to take Wellcamp to an entirely to new level – a vision that the Palaszczuk Government backs.”

“The circuit design has the potential for the venue to host international and even World Championship motorsport events, something sorely needed in this region.”

“Today’s announcement of a $40 million contribution by the Queensland Government is the largest investment by any government in a permanent racetrack in Australia’s history.”

“The State Government clearly recognizes the major economic benefits of motorsport in this country. On behalf of all motorsport lovers we thank the Government for its outstanding support of our sport in the Sunshine state.”

“This heralds a new era for Queensland motorsport and both the Palaszczuk Government and the Wagner family are to be congratulated for this historic announcement.”

Eugene Arocca, CEO of Motorsport Australia, added: “Motorsport desperately needs more permanent venues in this country, and one such as that planned by the Wagner family will bring enormous social, economic and community benefits to the people of the Darling Downs and Queensland in general.

“The circuit design has the potential for the venue to host international and even World Championship motor sport events.”

It’s predicted the project would support 130 jobs during construction and 25,000 when hosting major events.

Together with the State Government’s investment, the Wagner Corporation has committed $95 million of its own capital into the precinct.

A proposed circuit near near the Toowoomba Wellcamp Airport has been on the cards for a number of years, first coming to light in 2014.

It then reemerged in 2017, when plans emerged showing designs drawn by engineering firm iEDM after input from Mark Skaife and Mick Doohan.

It included a 4.35 kilometer FIA Grade 2 circuit with provisions for karting, rallycross, and off road competition.

At that stage it was forecast to cost $40 million according to the Toowoomba and Surat Basin Enterprise.