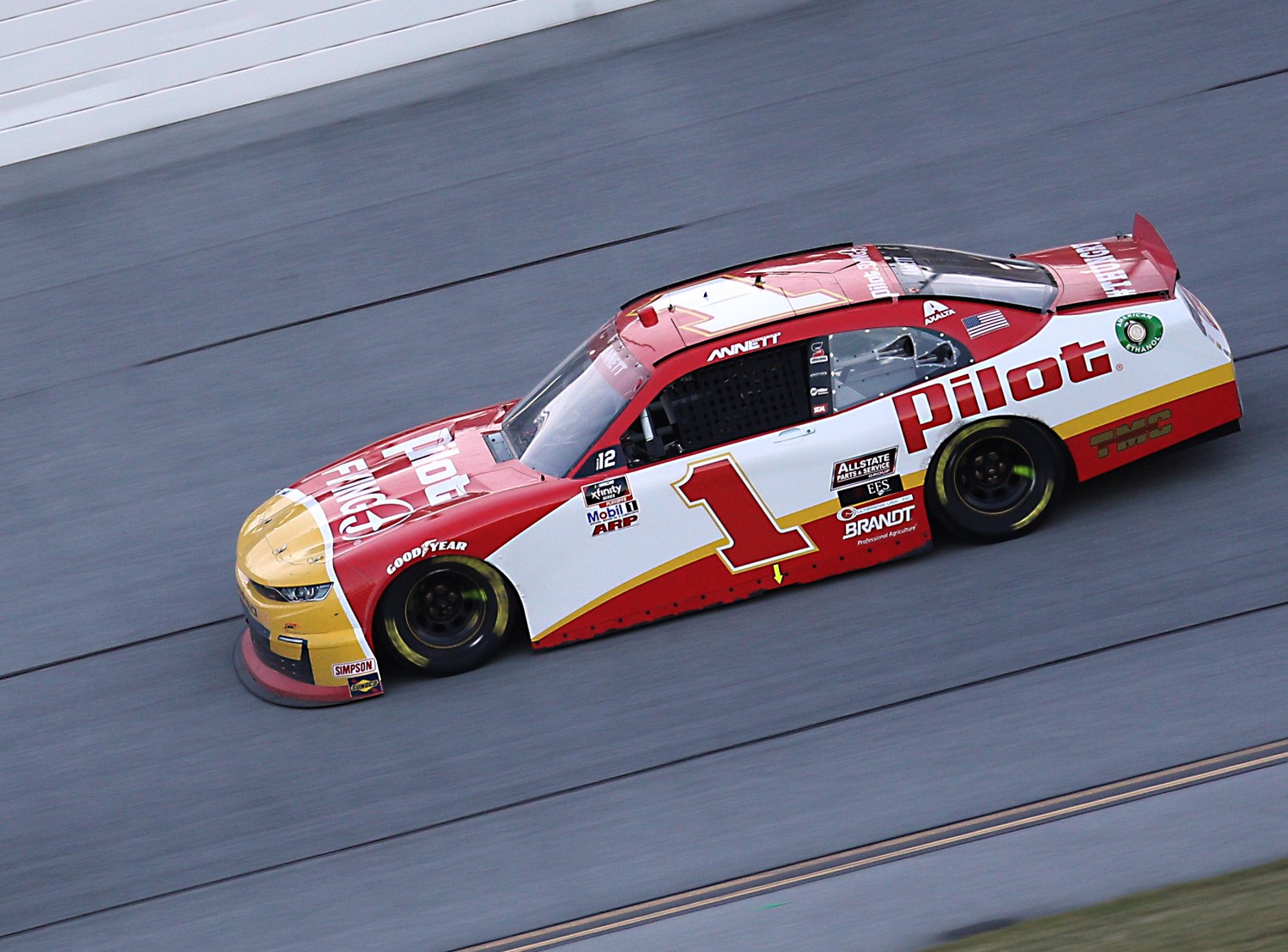 The No. 1 JR Motorsports Chevrolet that Michael Annett drove to an apparent runner-up finish in Saturday’s NASCAR Xfinity Series race at Talladega Superspeedway has been disqualified after an infraction found in post-race inspection.

According to NASCAR officials, the No. 1 Chevy failed to meet the minimum heights requirement, rolling through inspection too low in the left front after Saturday’s Ag-Pro 300.

Annett was moved to last place in the official finishing order for Saturday’s 300-miler. The penalty dropped him from ninth in the playoff standings to last among the 12 title-eligible drivers, pushing his deficit from three points to 38 above the provisional cut-off line for advancement.

The Xfinity Series playoff field will be whittled from 12 drivers to eight after next Saturday’s Round of 12 finale.