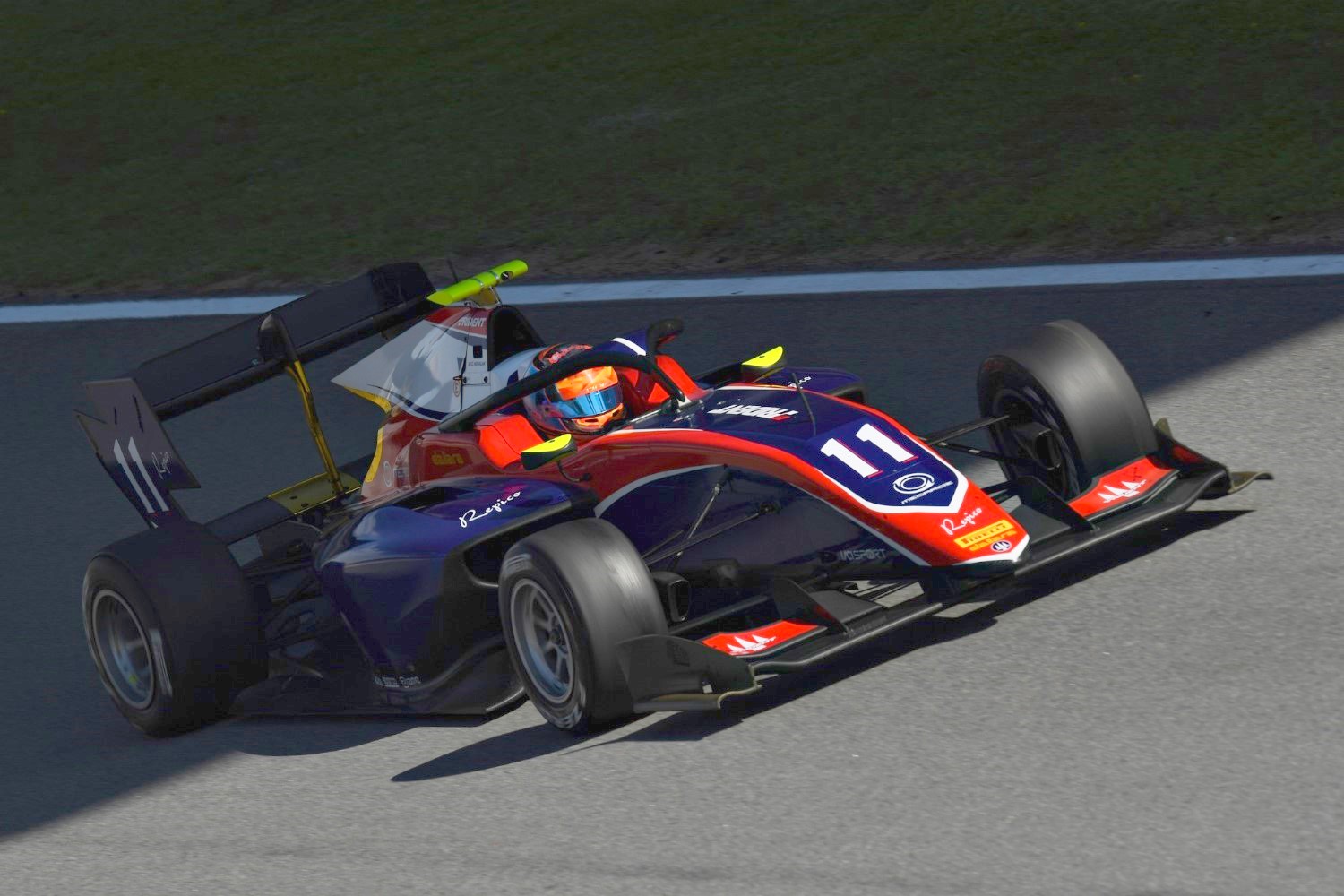 Clement Novalak (above) finished as the fastest man overall in post-season testing at Barcelona, setting a time of 1:31.989 early in the morning on Day 2, while testing with Trident. The Italian team were the pick of the bunch on Tuesday, finishing first and second in the order, with Red Bull junior Jack Doohan running just 0.158s slower than his teammate.

Matteo Nannini continued his impressive form in Barcelona, following up his P1 finish on Monday, with the third quickest time on Day 2 for ART Grand Prix.

Barcelona remained bright and dry for the second and final day of post-season testing, allowing the field to enjoy a proper run-out in the opening session. Igor Fraga carried on from a positive first day with Hitech Grand Prix, going fastest in the opening hour of testing. The Brazilian was already faster than the quickest driver on Monday afternoon, setting the marker at 1:33.033.

Fraga ended the session in fourth place, as Monday’s best time was broken by Novalak. The British racer finished ninth on Day 1 and was impressing in the cockpit of Trident’s Italian machinery, setting the standard at 1:31.989.

Day 1’s quickest racer, Nannini, had swapped Campos for ART Grand Prix and was doing a similarly astute job. He briefly returned to the top of the table with a time of 1:32.378, before he was knocked off by Novalak. The Italian dropped to third in the end, as Doohan popped up in P2. The Australian had stuck with Trident for Day 2 and the Italians’ looked like the class of the field on Tuesday morning, taking first and second, Doohan just one tenth shy of his fellow Trident.

Hoggard and Martins were the pick of the rookie drivers, taking fifth and seventh for Jenzer Motorsport and ART, three and four tenths off the quickest time. Olli Caldwell was sandwiched between them in P6 with ART, while Dennis Hauger, Calan Williams and David Schumacher completed the top ten.

The field returned to the track after an hour’s break in Barcelona and switched their attention to race simulations, long-runs and data gathering, with the times considerably slower than in the morning.

Hoggard was amongst the first to get back out on track and made his mark by climbing to the top of the leaderboard. The British racer was testing for Jenzer Motorsport and lapped at 1:33.759.

His teammate, Williams, joined him in second place shortly after, although the Australian racer wasn’t able to sustain the same pace and fell down to ninth. The Jenzer racer was overtaken by PREMA debutant Roman Stanek, who was three tenths off his best time. The 16-year-old was joined in the top three by his teammate, Hauger, who was a further tenth shy.

Arthur Leclerc made his maiden appearance in the top five in the final session, finishing just behind the continually impressive Fraga. French racer Martins has been the standout rookie of the test and capped off his debut with another top ten finish, taking the sixth fastest time of the afternoon.

Jak Crawford has sparked plenty of interest over the two-day test, debuting at just 15-years-old, and the Red Bull junior cracked the top ten in the afternoon, taking seventh place, ahead of Pierre-Louis Chovet.

Renault Eurocup leader Caio Collett came in for his debut with MP Motorsport on Day 2 and didn’t take long to gel with the upgrade in machinery, finishing 10th in the final session at Barcelona.

The teams will depart Barcelona with plenty to think about ahead of the second set of post-season tests, which take place in Jerez at the end of October.