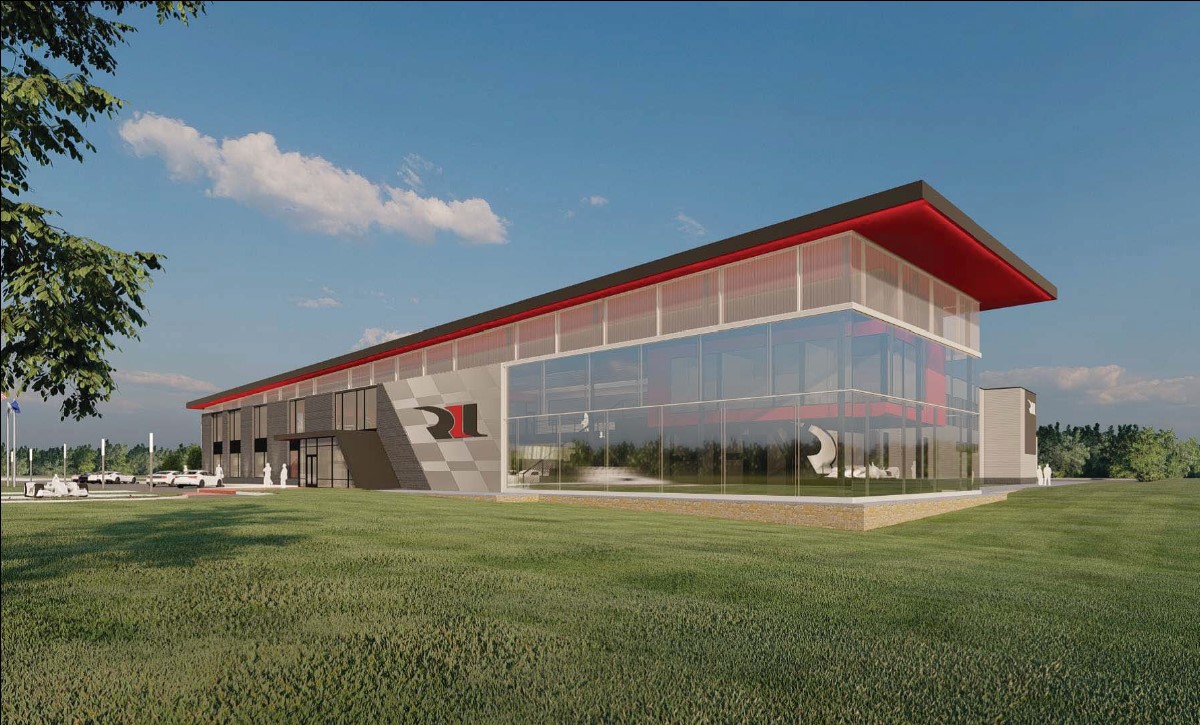 Rahal Letterman Lanigan Racing (RLL) announced plans today to expand its Indiana operations, establishing its global headquarters in Zionsville, Indiana and creating up to 73 new jobs by the end of 2024.

“Indiana’s reputation as a leader in motorsports continues to pick up speed with companies like Rahal Letterman Lanigan choosing to invest in our state,” Governor Eric J. Holcomb said. “We look forward to supporting RLL’s continued growth in Indiana as the company leverages our state’s business-friendly environment and skilled workforce while racing to the checkered flag.”

The company, which has four entries in the NTT INDYCAR SERIES and International Motor Sports Association (IMSA)’s WeatherTech SportsCar Championship, will invest more than $20 million to build and equip a state-of-the-art racing headquarters at the northeast corner of Creek Way and 106th Street in Zionsville. The 100,000-square-foot facility, which will occupy 13 acres southeast of the downtown area, will allow RLL to consolidate its existing INDYCAR operations in Brownsburg, as well as its IMSA operations in Ohio. The new building will feature office and event space as well as automotive R&D and light manufacturing operations to support the dynamic functions of RLL’s racing teams. The company expects to break ground on its headquarters late 2020 and be fully operational by spring 2022.

“We are very excited about this project, and excited about being in a park-like setting in Zionsville,” said Bobby Rahal, co-owner of RLL. “We feel that this building will make a statement about who we are at RLL and what our intentions are about the future. Having our entire organization based in the Indianapolis area, in Zionsville, is going to be a big plus for our organization. We have done a great job of having two facilities, as is showcased by our wins in the Rolex 24 at Daytona and the Indianapolis 500 this season, but it is certainly demanding having people in two places. We have had time to really look at the building and design every aspect with input from our personnel to maximize the space.”

“We have been working on building a race shop for over five years and are now ready to move forward,” said Mike Lanigan, co-owner of RLL. “I am personally very excited and honored to be working with the town of Zionsville. I used to live in the area years ago and look forward to our team integrating ourselves into the community and their various programs. Having our racing teams under one roof will not only maximize our abilities, it will provide economies of scale to keep the cost down. That savings will enable us to reinvest more back into the company.”

Indiana is globally recognized as a leader in motorsports. Home to the “Racing Capital of the World,” Indiana welcomes visitors from around the world to Indianapolis for world-class racing events like the Indy 500, Brickyard 400 and IndyCar Grand Prix. Motorsports-related businesses operate in all of Indiana’s 92 counties, with more than 2,400 motorsports businesses like RLL supporting more than 421,000 motorsports-related jobs across Indiana.

“Our efforts to seek the right fit for Creekside Corporate Park have proven successful with Rahal Letterman Lanigan Racing expanding to Zionsville and choosing Creekside Corporate Park for their corporate headquarters,” said Zionsville Mayor Emily Styron. “In Zionsville, we have the best of both worlds – a thriving business community and an unparalleled quality of life. RLL fits in well with the local culture and business environment and I know their team will love being part of this community. We are thrilled to welcome RLL to town.”

BMW Team RLL looks to extend its podium-finishing streak to five races in-a-row at the October 10th Motul 100% Synthetic Grand Prix. The race is the second GT class-only race of the 2020 IMSA WeatherTech SportsCar Championship season and will offer up some significant differences from recent races. The event will be held at Charlotte Motor Speedway’s 2.32-mile, 10-turn “roval” circuit – a first for IMSA – and at only 100 minutes long will be the shortest race of the season. As the under card to NASCAR weekend the race will be held at night.

“It is an interesting looking racetrack,” said Bobby Rahal, Team Principal. “I’m sure IMSA will put on a good show for a market that knows motorsport.”

Bill Auberlen and Robby Foley, co-drivers of the No. 96 Turner Motorsport BMW M6 GT3, the winners at Virginia International Raceway three rounds ago have had two difficult races at Road Atlanta and Mid-Ohio, will be looking to rebound at Charlotte.

Both BMW Team RLL and Turner Motorsport participated in a Michelin tire test at Charlotte prior to the Mid-Ohio race.

The Motul 100% Synthetic Grand Prix is scheduled to take the green flag at 8:05 p.m. on Saturday, October 10th and will be broadcast live on NBCSN from 8:00 to 10:00 p.m. ET. Follow us on Twitter @BMWUSARacing for news from the pit box and get live scoring and in-car camera views at IMSA.com.

John Edwards, Driver No. 24 BMW M8 GTE: “For the first time ever I have a home race. Charlotte is a new track for everyone, it will be an interesting challenge. The layout is very tricky, so I am pleased we were able to test there and gather data. That will be a help as the first practice session will be a night session.”

Jesse Krohn, driver No. 24 BMW M8 GTE: “I like the track. It requires high commitment, and the walls are very confining. The infield section is definitely dark and will add to the difficulty. Overall, the team has been showing our strength and Charlotte should be no different.”

Connor De Phillippi, driver No. 25 BMW M8 GTE: “The Charlotte Roval is going to be a wild race. After the tire test it was clear there will be a lot of tire degradation and I can foresee some pretty aggressive overtaking due to the track being a single line for most of the circuit. Looking forward to my first home race on the East coast!”

Bruno Spengler, driver No. 25 BMW M8 GTE: “I was unable to join the recent Michelin test because I was at Le Mans so it will be important to gather as many laps as I can. That is nothing new as most every track is new to me this season.”