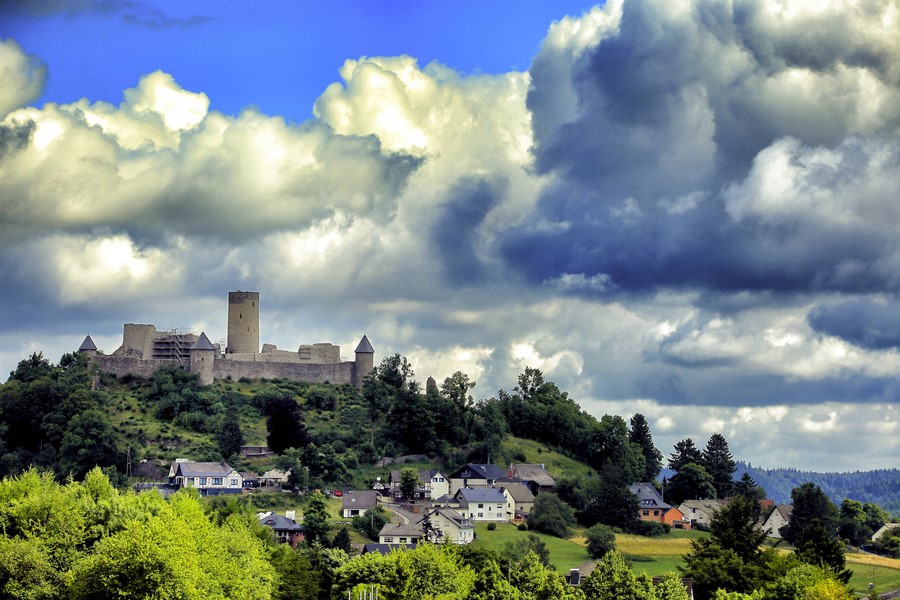 F1 Teams are ready to delve into rural Rhineland as Formula 1 ends a seven-year absence from Germany’s Nürburgring for the Eifel Grand Prix.

The Nürburgring is synonymous in motorsport circles courtesy of the Nordschleife circuit that winds its way through the Eifel Mountains. The 14-mile Nordschleife circuit, featuring over 100 turns, was regarded as one of motorsport’s greatest challenges and its danger was apparent – with Sir Jackie Stewart giving it the nickname ‘The Green Hell’.

The near-fatal accident that befell Niki Lauda in 1976 brought an end to Formula 1 action at the Nordschleife and when the championship returned to the calendar in 1984 it was on the GP-Strecke, the layout of which has remained unchanged since 2002, when an additional sequence of corners was added to the opening sector of the lap.

Formula 1 events at the Nürburgring have previously been called the German Grand Prix, the European Grand Prix and even the Luxembourg Grand Prix, and for 2020 it has another name – the Eifel Grand Prix, named after the mountain range in which the circuit is located. Those mountains can have an influence on the weather. Even in the height of summer sudden downpours and chilly conditions can be expected – and with Formula 1 visiting Nürburgring in the fall the paddock is braced for potentially cold and changeable conditions, bringing another challenge into the unusual 2020 season.

Not to be outdone, in more recent times, the “new” Nürburgring created indelible memories of its own: and while the new layout couldn’t match the old one in terms of the bravery it required, there were many breath-taking moments even on the shorter, 3.23-mile circuit. We had the Luxembourg Grand Prix, the European Grand Prix, the German Grand Prix (and we’ll be adding the Eifel Grand Prix this year). Kimi suffered heartbreak twice, retiring from the lead in both 2003 and, crucially, on the last lap in 2005. 2007 saw a massive storm break over the track as the cars completed the formation lap, rewarding the bold call of Markus Winkelhock, who pitted for wet tires and went on to lead the race – by quite a margin – on his debut in an unfancied Spyker as his rivals aquaplaned off track in the rain. Things did get crazy, here.

To race modern Formula Ones at the Nürburgring, however, is not just a throwback to the past. Ours is a sport that never stands still, and each new round, even in this topsy-turvy 2020 season, is a new page in the 70-year-old book of racing we’ve been writing: a new qualifying battle, a new race marked by overtakes, pit stops, crashes and near misses, success and despair. A new record, like the one Kimi Raikkonen will set by taking the start of the race on Sunday – his 323rd, nobody before reaching this tally.

It is therefore fitting that, in this venue that mixes past and present and creates new history with every turn, new faces make their first foray into the world of Formula One race weekends at a time when old records are falling. When Mick Schumacher will head out of the garage in Free Practice 1, one of the drivers making his practice debut this weekend, in a venue in which this legendary name won five times, a new generation of racers will start putting ink to paper and writing their story.

This sport never stands still. Even the concrete and tarmac of the Nürburgring itself morphed through time into the track it is today. The legends of today are breaking the barriers of what is possible; the new generations make their first steps, as did their predecessors years ago. The story continues.

Weather will be a factor

Holding the Grand Prix in early October means that the weather could be a major contributor to how the weekend unfolds. It is likely to be cold and windy with a reasonable chance of rain. Pirelli are bringing their middle range of compounds and understanding how these will work if the conditions are cold will be teams first objective. 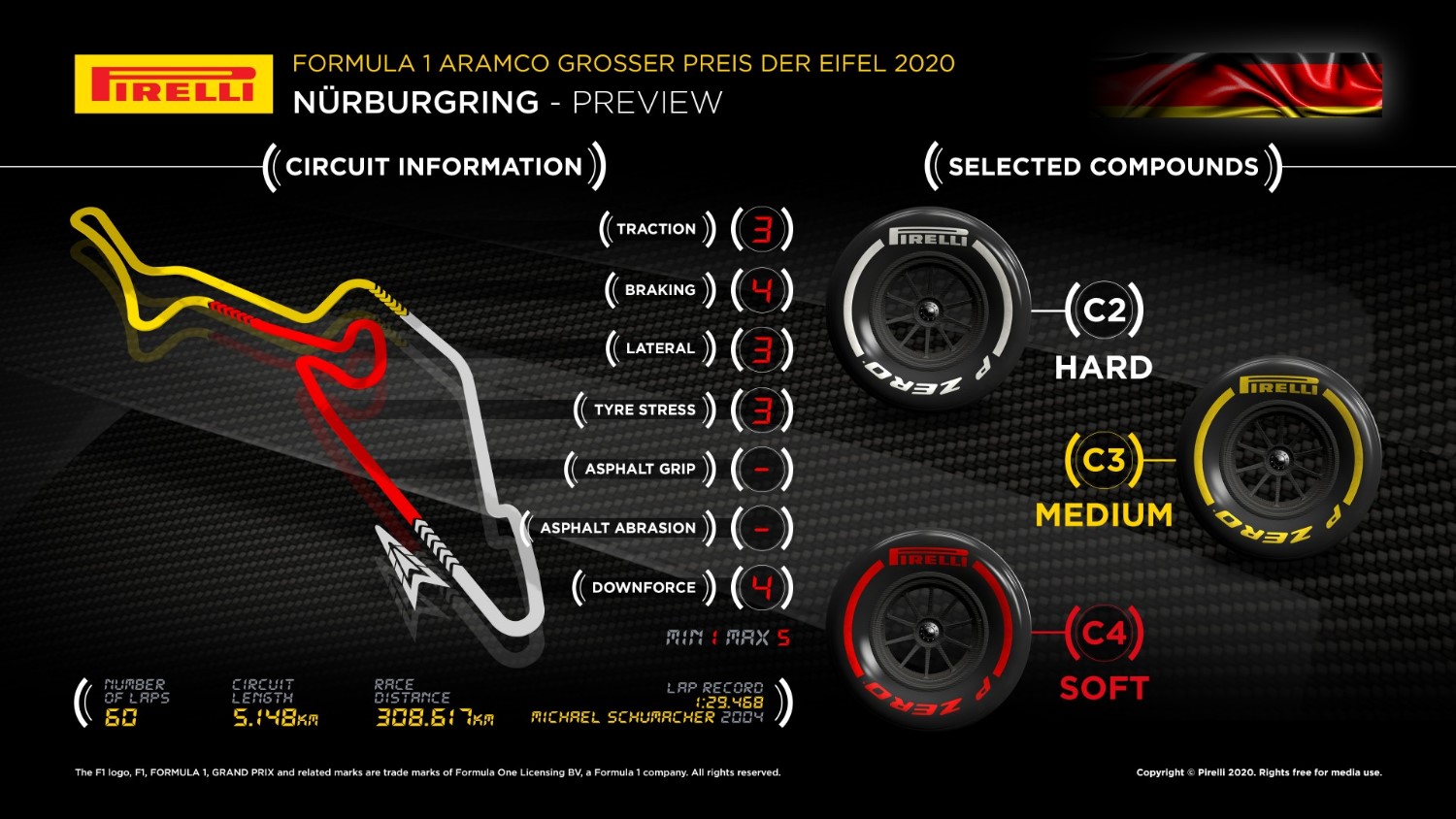 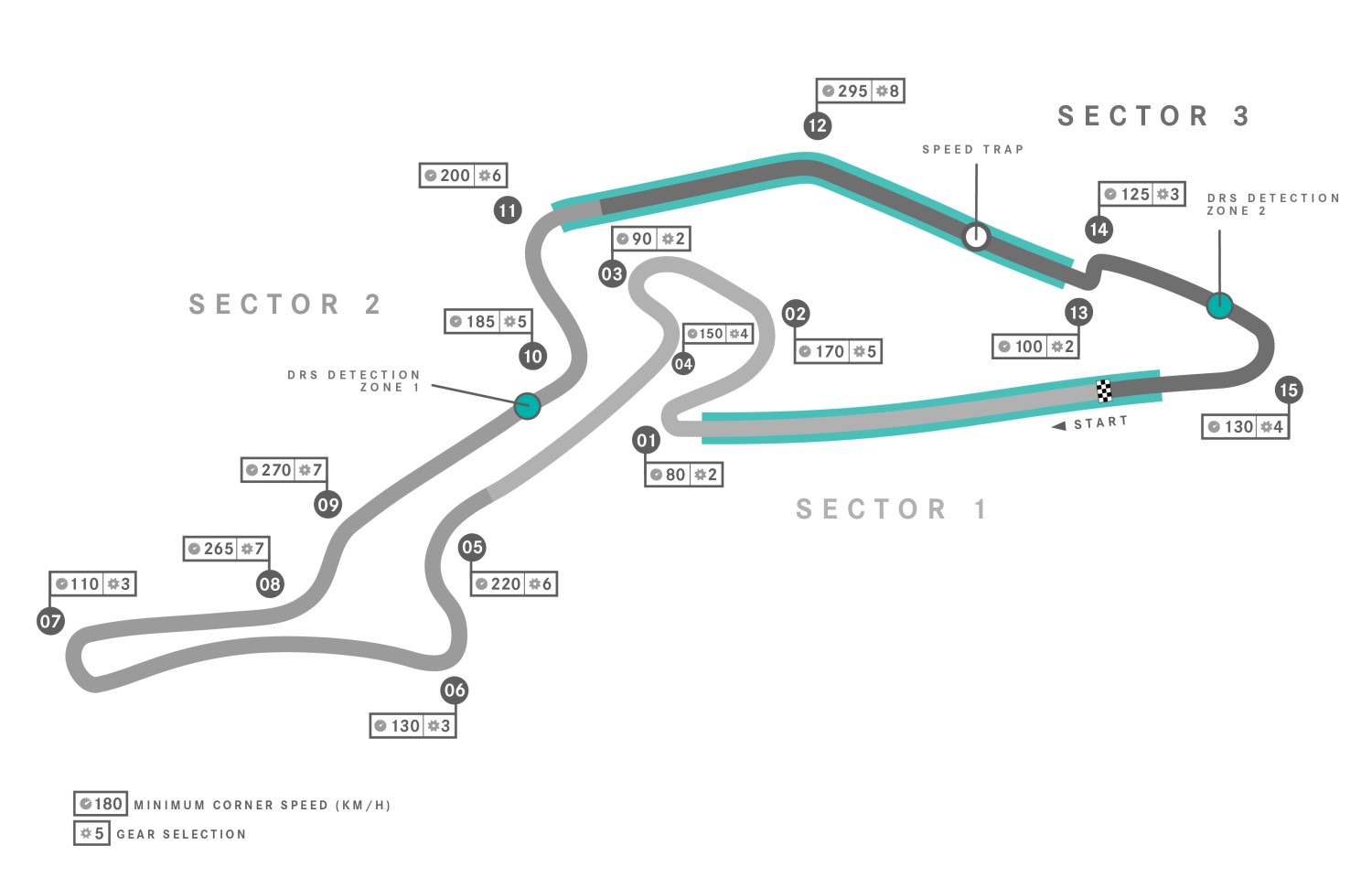 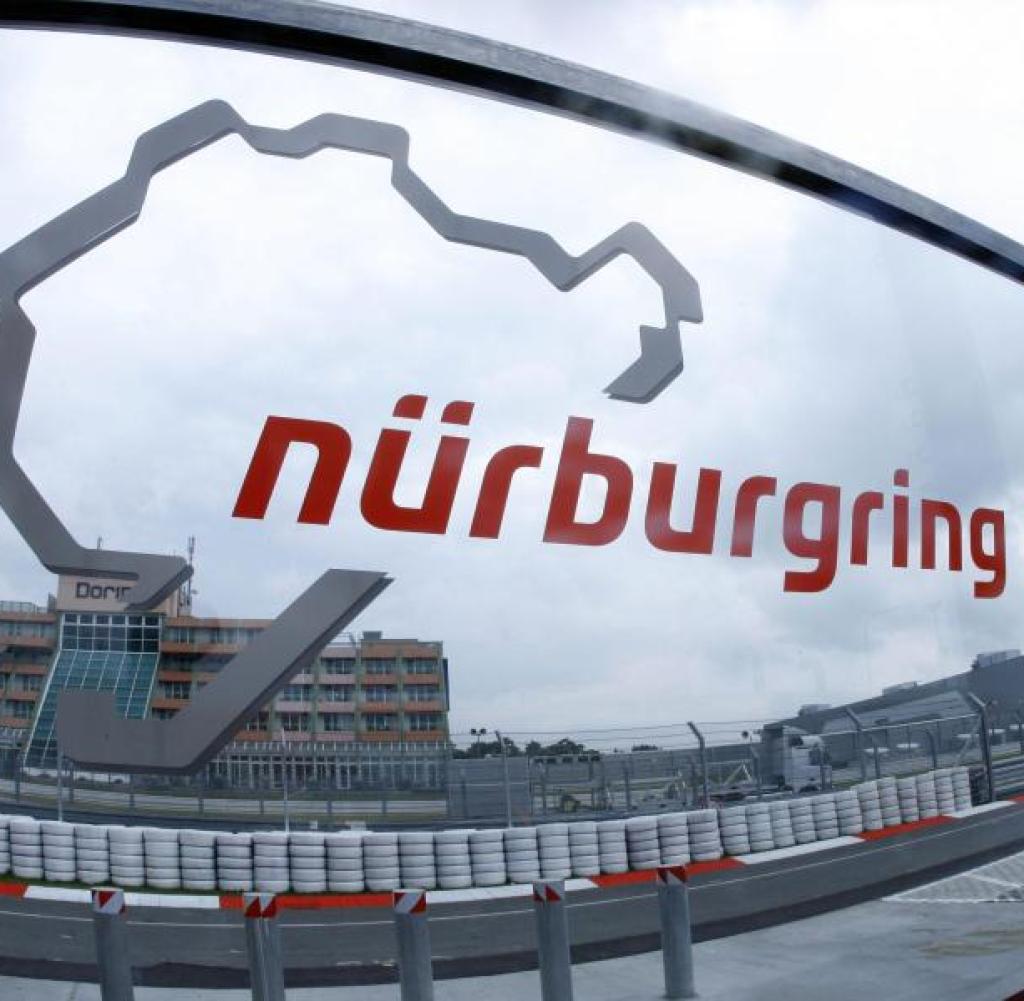