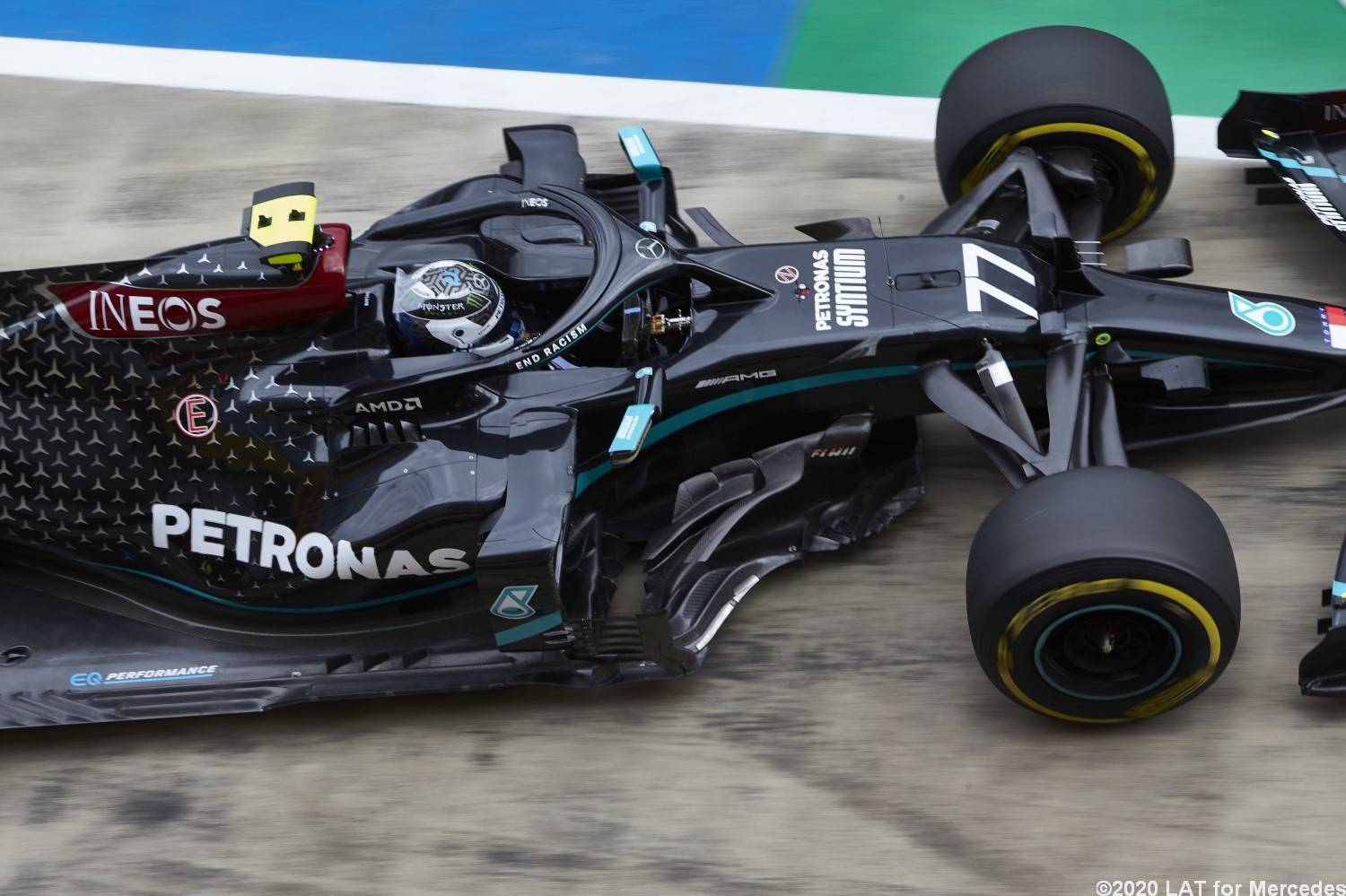 Valtteri Bottas has continued where he left off at Sochi with a dominant performance in the final, and only, practice session for the Eifel GP at the Nurburgring. With temperatures in the 40s, Bottas put up a lap of 1m26.225s in his #77 Mercedes.

Lewis Hamilton was 2nd quick in the sister #44 Mercedes 0.136s behind Bottas.

Charles Leclerc was a surprise 3rd quick for Ferrari 0.456s behind Bottas.

Max Verstappen was 54th for Red Bull but 0.671s back and not really in contention for a win unless the Mercedes’ break down or crash.

Sebastian Vettel, who picked up traffic in the final corner, still went 5th quick in the 2nd Ferrari.

Could Ferrari be competitive here? That would make the home fans smile if Vettel especially could put in a good showing.

The team’s reserve driver Nico Hulkenberg, who is already in Germany, has travelled to the circuit and will be on hand if he is required.

A statement from Racing Point said: “Lance Stroll is not feeling 100% this morning and will therefore not participate in FP3.

“His condition will be assessed after the session.”