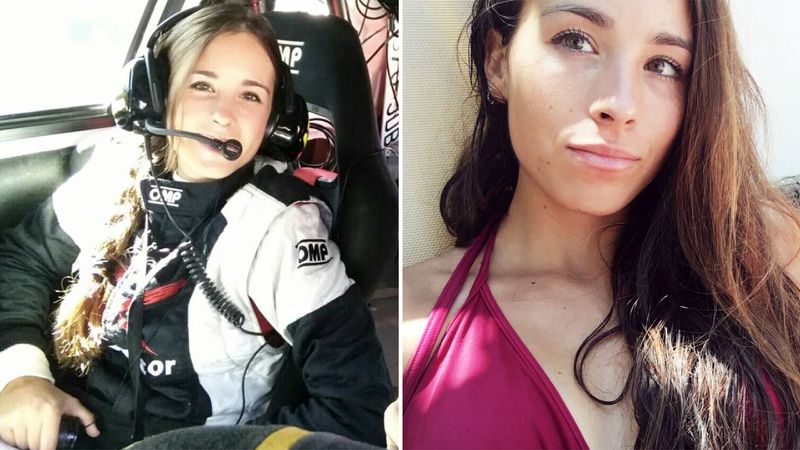 The motorsport world is mourning the death of 21-year-old rally co-driver Laura Salvo.

The Spaniard died after her car crashed at the Rally Vidreiro race in Portugal on Saturday.

The rally said in a statement that Salvo, who was co-driving for Miguel Socias’ Peugeot, was attended to by medics but died on site before the arrival of a medical helicopter.

“Peugeot Sport wishes to express their sincerest condolences to the family and friends of co-driver Laura Salvo, who died this morning following an accident at Rally Vidreio Centro in Portugal,” Peugeot Sport said on Twitter.

The race was cancelled after the incident.

Salvo and Socias competed alongside each other last season in the Suzuki Swift Cup.

She won the Bierzo Rally as a co-driver for Surhayen Pernia in February, and recently won the Ciutat de Xixona Rally alongside Socias.

Salvo’s father Gabriel is a former driver, while her sister Maria is also a co-driver.

The Royal Spanish Automobile Federation added: “Mourning in Spanish motor racing for the death of co-driver Laura Salvo, who lost her life in Portugal while contesting a rally.

“Our condolences to all her family and loved ones. Rest in Peace, dear Laura.”

The Autonomous Federation of the Valencian Community also shared their condolences.

“Life can sometimes be very unfair. Unfortunately, Laura Salvo has passed away while doing what she liked the most: co-driving. DEP. Her smile will illuminate us from heaven from now on.”

Tributes have also been pouring in on social media after the tragedy.

“Very shocked by the news of the death of co-driver Laura Salvo during the Vidreiro Rally in Portugal,” Sainz tweeted.

“All my support and affection to his family and friends. D.E.P Laura.”

A heartbroken fan wrote: “The rally world have a new angel in heaven.”

While another wrote: “A day of mourning for all rally lovers after the tragic death of co-driver Laura Salvo this weekend in Portugal.”