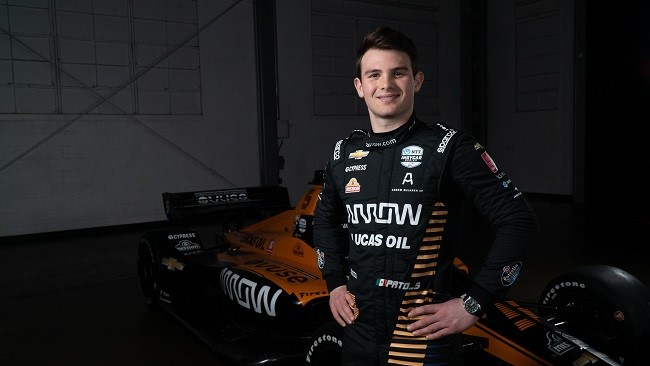 Arrow McLaren SP announced today that Pato O’Ward will continue to race for the team for the 2021 NTT INDYCAR SERIES season, once again piloting the No. 5 Arrow McLaren SP Chevrolet.

“I am beyond excited to be racing with Arrow McLaren SP next season to build on what we have accomplished so far this year. Such a great group of people who truly have welcomed me like a second family,” said O’Ward. “Given how much change I have seen in my career to this point, it is invaluable to get the opportunity to put down roots and build on a foundation year over year.”

O’Ward will continue with the team after a strong showing in his first full season in INDYCAR, currently sitting fifth in the championship standings with one race remaining. The Mexican driver, who is still only 21-years-old, will once again be behind the wheel of the No. 5 Arrow McLaren SP Chevrolet in 2021, which he has raced to one pole position, three podiums and nine top 10 finishes in 2020.

“The entire team and I are thrilled to have Pato back in the car next year,” said Arrow McLaren SP co-owner Sam Schmidt. “He has shown incredible form this year and has kept himself in the championship hunt all season long. I think he has the potential to compete at the highest level in the NTT INDYCAR SERIES for a long time.”