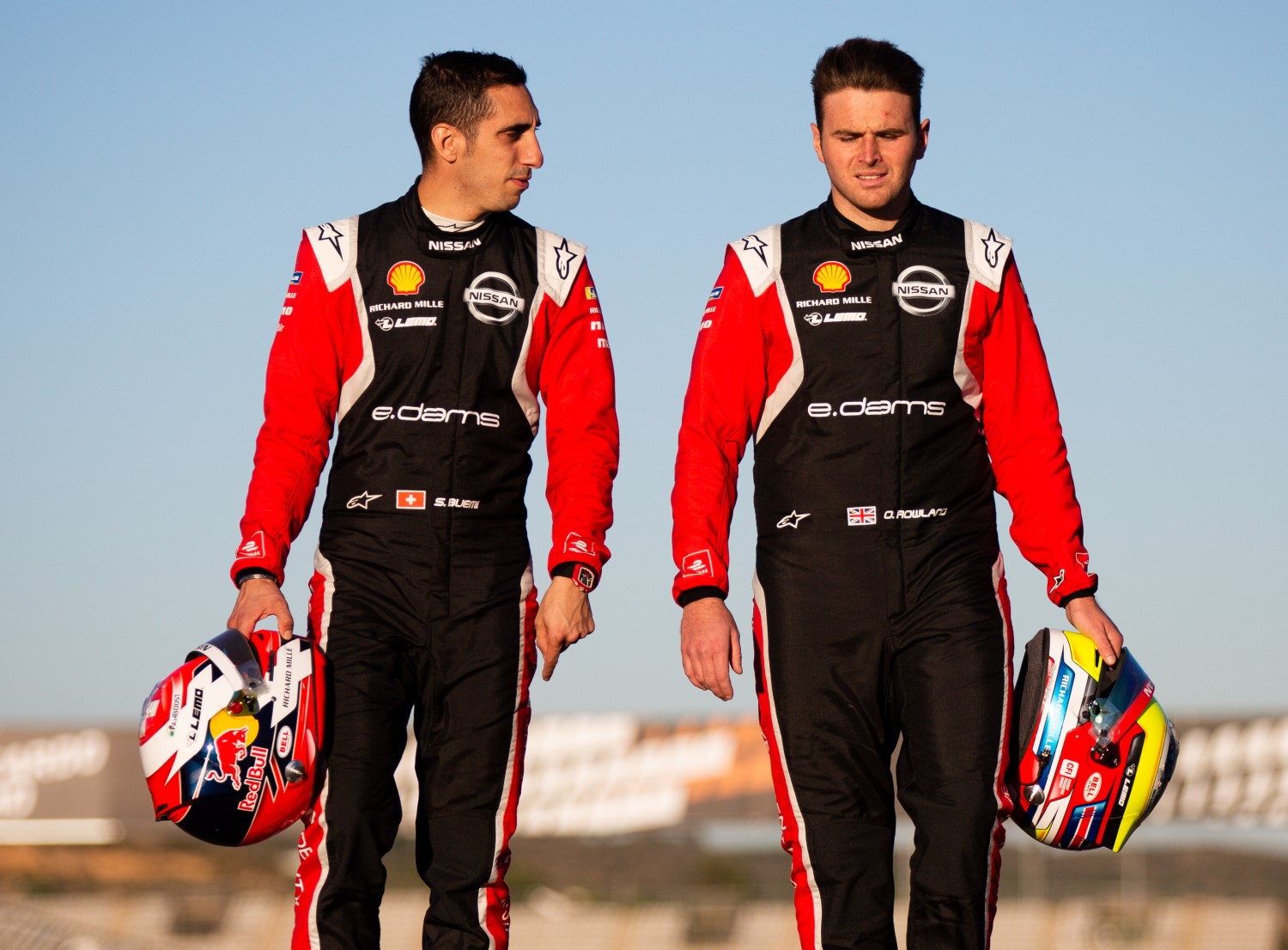 Nissan e.dams drivers Sebastien Buemi and Oliver Rowland will be back again for the 2020-21 ABB FIA Formula E World Championship, after two strong seasons together with the team.

Buemi and Rowland, in cars #23 and #22 respectively, will continue to demonstrate the power and performance of Nissan’s zero-emission EV technology during season seven of the all-electric street racing series.

Nissan e.dams finished second in the 2019-20 teams championship, having scored one victory, five podiums and a pole position. Buemi impressed with his qualifying speed, racking up six consecutive Super Pole qualifying appearances, while Rowland took a breakthrough maiden victory at the penultimate race of the season.

“Seb and Oli have done a great job for us,” said Tommaso Volpe, Nissan’s global motorsports director. “We welcome the stability and consistency that retaining them brings to the team. We look forward to building on our previous successes. However, winning is not our only goal in Formula E. With each race we learn more about every aspect of our high performance EVs, which then informs our road car development. Through racing, we are continuously advancing our EV expertise.”

Nissan e.dams team principals Olivier and Gregory Driot issued this joint statement: “It’s great that Seb and Oli will continue to race for Nissan e.dams. They’re both incredibly talented and have continuously demonstrated their strong determination and commitment. We’re excited to be able to count on their hard work and dedication to deliver even stronger results.”

“I’m delighted to stay on with the team. We’ve achieved a lot together, and we had a great season six. Finishing second in the championship will help us maintain the momentum and the confidence we need to make us even more competitive. Having Oliver as my teammate again is great. We work very well together. I feel that with the experience and expertise we have across the team, we’re in a good place to pursue yet more success in Formula E.”

“Season six was great for us as a team, but also for me personally. I was thrilled to take my maiden win in Formula E with Nissan e.dasm, after all the hard work and practice I put in to be more consistent. To confirm my seat with Nissan e.dams for the upcoming season, together with Seb, is another piece of good news. We’ll be back stronger than ever.”