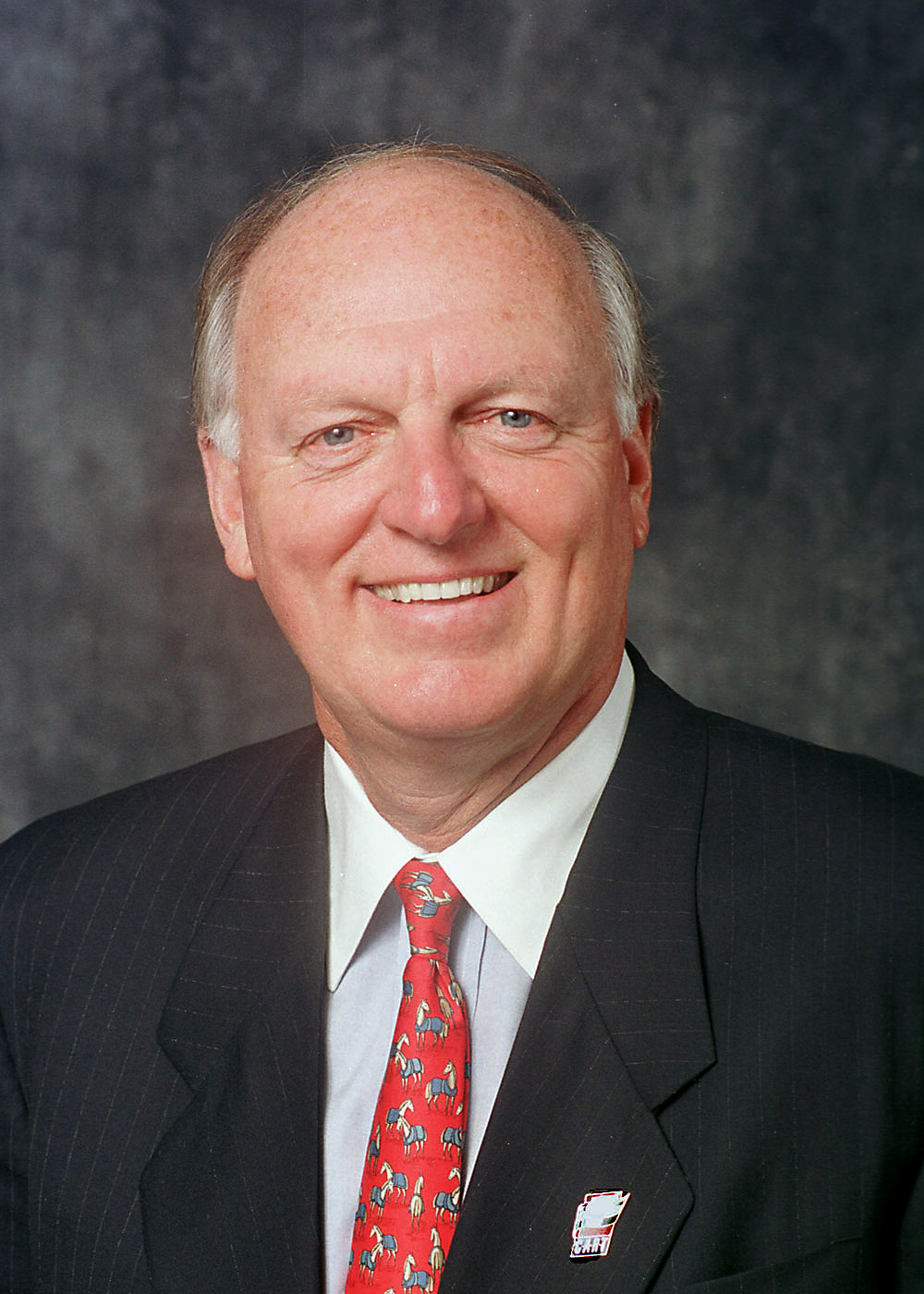 Joe Heitzler, who was President of Championship Auto Racing Teams in 2001 has died at the age of 75. Replacing Bobby Rahal in 2001, Heitzler struggled amid all the in-fighting politics and was fired before the year was out..

“Not all of our troubles can be blamed on Joe,” said car owner Derrick Walker back in December of 2001.

For 2001, CART unveiled their most ambitious schedule yet, with 22 races in the United States, Canada, Mexico, Brazil, Japan, the United Kingdom, Germany and Australia. The loss of Homestead-Miami and Gateway to the IRL was to be offset by the addition of Texas Motor Speedway, which had seen an exciting IRL race the year prior. Rahal retired to head Jaguar Racing in Formula 1, leading to marketing expert Joseph Heitzler taking the helm.

Brazil was cancelled after track promoters defaulted. The race at Texas Motor Speedway had to be cancelled on race day, due to concerns of drivers blacking out at the high G forces created by Champ cars on the heavily banked course during qualifying. While applauded for putting driver safety first, the cancellation was a publicity disaster, and CART was criticized for not testing cars on the track earlier as requested. A resulting lawsuit, while settled, produced a quarterly loss for CART’s stock and forever harmed its relationship with Speedway Motorsports.

Despite CART teams sweeping the top 6 positions in the 2001 Indianapolis 500 and a highly competitive four-way points battle among Gil de Ferran, Kenny Brack, Hélio Castroneves, and Michael Andretti, headlines centered on a technological controversy regarding a turbo pop off valve that Honda and Ford had developed, prompting complaints by Toyota.  When CART mandated changes in the valve to help equalize the competition, Honda successfully obtained an injunction barring the change, leading to all three manufacturers being upset. Toyota would announce it would move to the IRL for 2003 at the end of the season.

The series’ first foray into Europe, the German 500, was overshadowed by the 9/11 attacks that occurred the Tuesday before the Sunday race. With the teams unable to leave due to the worldwide shutdown of airspace, CART decided to run the race as scheduled after some controversy, with ESPN refusing to air the race live. The race would see popular former champion Alex Zanardi lose both legs in an accident. The series inaugural event in the United Kingdom would come close to being cancelled due to track concerns.

To keep coverage of the Indianapolis 500, ABC/ESPN signed an exclusive television deal for 2002 onwards with the IRL, forcing CART to turn to Speed Channel for cable coverage and buy time on CBS to maintain a broadcast presence. Team Penske announced after the season that they would become permanent entrants in the IRL for 2002 due to pressure from sponsor Marlboro resulting from the American tobacco settlements that prevented cigarette advertising in multiple series.

The loss of ESPN/ABC’s exposure and engine manufacturer sponsoring began a downward spiral for the series, as race promoters began demanding reduced sanctioning fees for 2002 and sponsors began to review their agreements.  Heitzler was fired by the CART board in the offseason, being replaced by Chris Pook, the well-regarded CEO of the Long Beach Grand Prix.[32] Making matters worse was CART’s growing ownership instability due to the public offering: Despite an initial agreement for the car owners to maintain 65% of the stock, agreements allowed owners to divest shares in the company. As car owners began to sell off their shares, the board’s chronic issues grew more complicated with aggressive stockholders beginning to pressure the board alongside owners.

During the 2002 season, Honda announced that it would move to the IRL the following year, causing a drastic decline in CART’s stock and leaving Cosworth/Ford as the sole engine manufacturer for 2003. Attempts to subsidize teams to have enough cars racing to avoid breaching sanctioning contracts led to a further decline in cash reserves and the stock price. Team owner Gerald Forsythe was able to purchase enough stock to control 22.5% of the voting shares in concert with the board. Star driver Michael Andretti purchased the prominent Team Green and moved them to the IRL with heavy direction from Honda, and Chip Ganassi Racing left due to pressure from its primary sponsor, Target.

Beginning in 2003, after the withdrawal of FedEx as series sponsor, CART re-branded itself as “Bridgestone Presents The Champ Car World Series Powered by Ford”. The series ran a near complete schedule of road course races, featuring chassis from the year before.