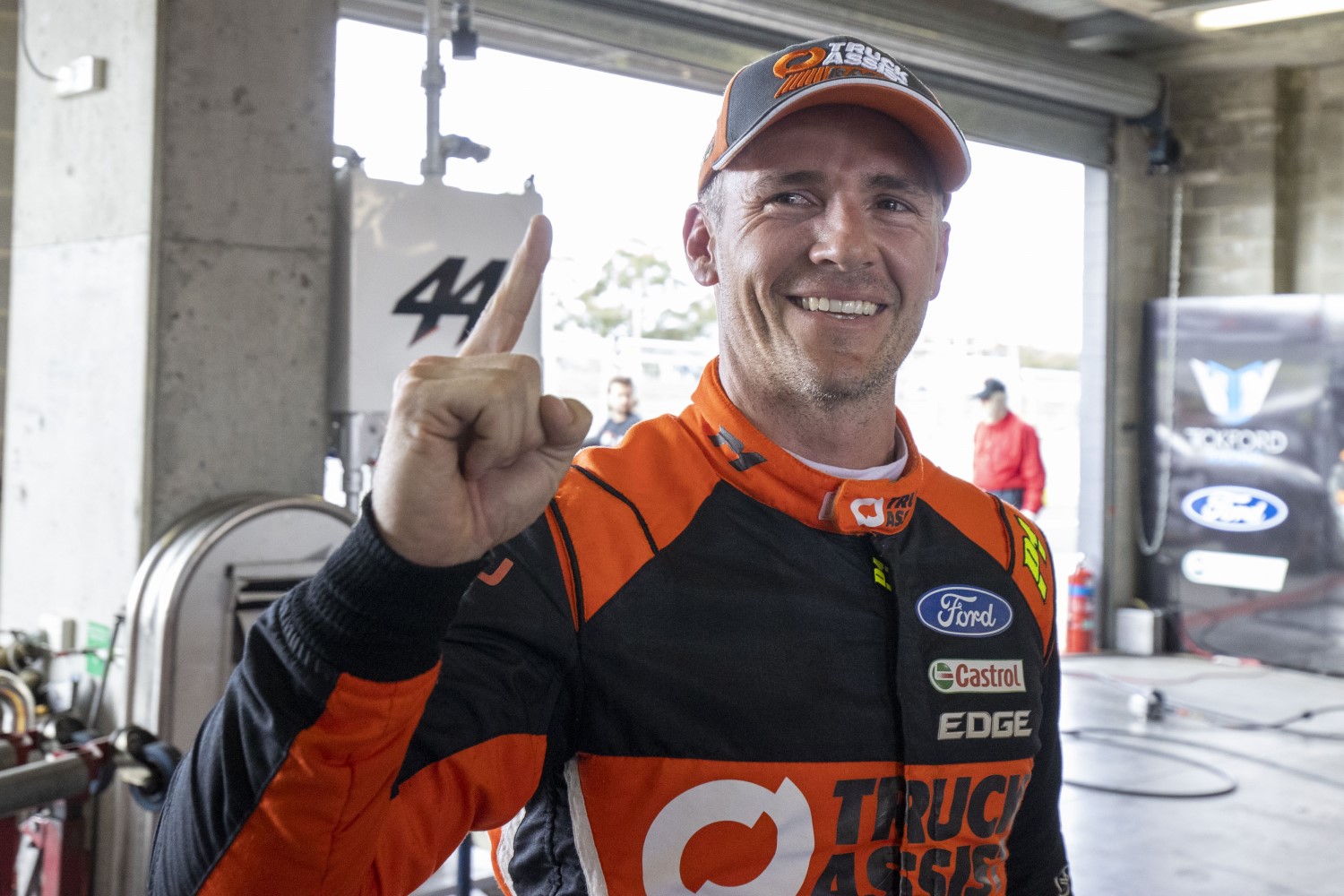 After 16 years of trying, Lee Holdsworth has himself in his best position yet to claim the Peter Brock Trophy, after nabbing provisional pole position for Sunday’s Supercheap Auto Bathurst 1000.

In the traditional fashion of the Great Race, today’s qualifying result was unexpected for many – with rain a key factor at Mount Panorama.

Once the rain set in it was a done deal, with Holdsworth claiming his first-ever provisional pole for the Great Race and earning the right to go last in tomorrow’s ARMOR ALL Top 10 Shootout.

Holdsworth has teamed up with long-time friend and fellow SUpercars veteran Michael Caruso. The pair claimed a 3rd place finish in the 2009 Bathurst 1000 together.

Behind the Ford of Holdsworth was Red Bull Holden’s Shane van Gisbergen and defending King of the Mountain Scott McLaughlin in the Shell Ford.

In order, tomorrow’s ARMOR ALL Top Ten Shootout will go:

Last year McLaughlin claimed provisional pole, before going quickest in the Shootout and going on to win the Great Race.

There was one crash in qualifying, rookie Jake Kostecki coming unstuck at The Cutting making for a long night for his Matt Stone Racing team.

There will be two practice sessions tomorrow morning before the Shootout which begins at 5:05pm local time.

Earlier today it was announced Sunday’s Great Race will be moved half an hour forward to avoid expected weather delays with rain due to hit Mount Panorama all weekend.