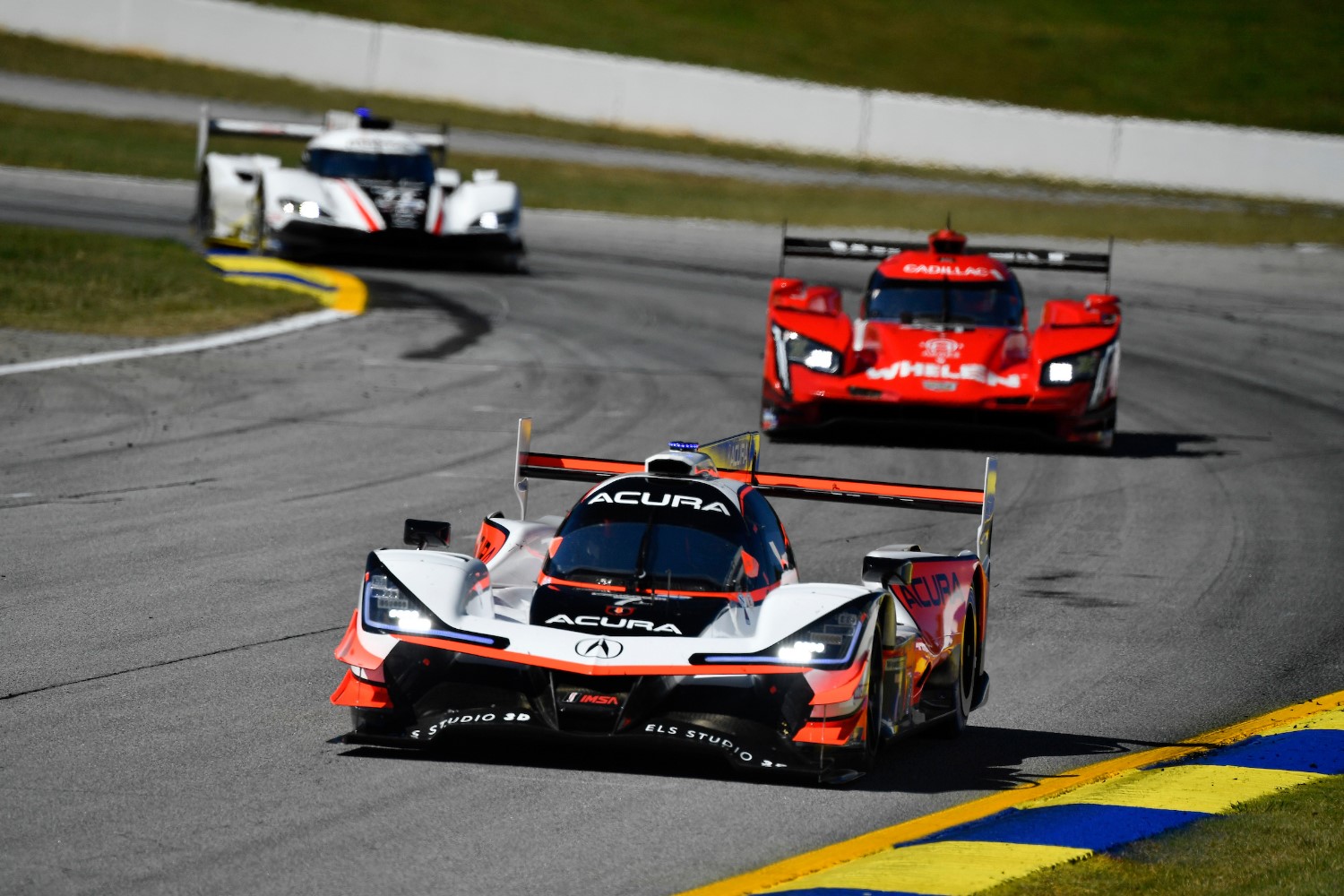 Pipo Derani and Ricky Taylor collided while racing for the lead late in the Motul Petit Le Mans, delivering a victory Saturday to Wayne Taylor Racing as tempers flared at Michelin Raceway Road Atlanta. The two battled above before darkness.

With just more than 10 minutes remaining in the 10-hour event, Derani’s No. 31 Cadillac of Action Express was leading while under heavy pressure from the No. 7 Acura Team Penske being driven by Taylor. Entering Turn 6, Taylor out braked Derani and dove to the inside of Derani’s #31 Cadillac. Derani tried to close the door on Taylor and the ensuing contact caused both drivers to spin off course.

Trouble for Pipo Derani and Ricky Taylor after this bold move near the end of Motul Petit Le Mans! @IMSA // @RoadAtlanta pic.twitter.com/eBqIKQBA1w

Taylor hung on to finish second and was confronted afterward by Derani, who had a heated exchange with Helio Castroneves, Taylor’s Penske teammate.

“I told him I always had a lot of respect for him,” Derani said following his post-race discussion with Taylor. “I was in the lead. I was out in front and he pushed me out. That’s it. There’s not much to say. Unfortunately, we lost the race.

“We did everything we could with 10 laps to go. We were leading the race and he just pushed me out on a desperate move to try to go to the lead. It was a mistake on his side. I hope he sleeps on it and thinks a little bit because he thinks it’s my fault. I don’t know what I could have done differently. We’ll take the positives out of this race. We had a fantastic race.

“Acura was much quicker than us. But, we were there at the end leading the race. I put two fantastic passes on him after losing the lead on the pit stop again. We did everything we could [to win]. Everyone on the Whelen Engineering car did a fantastic job. I lost a little bit of respect for him [Taylor] and his teammates for trying to accuse me of doing something wrong. But, it is what it is. I’m not at the racetrack to make friends. I want to win the next one.”