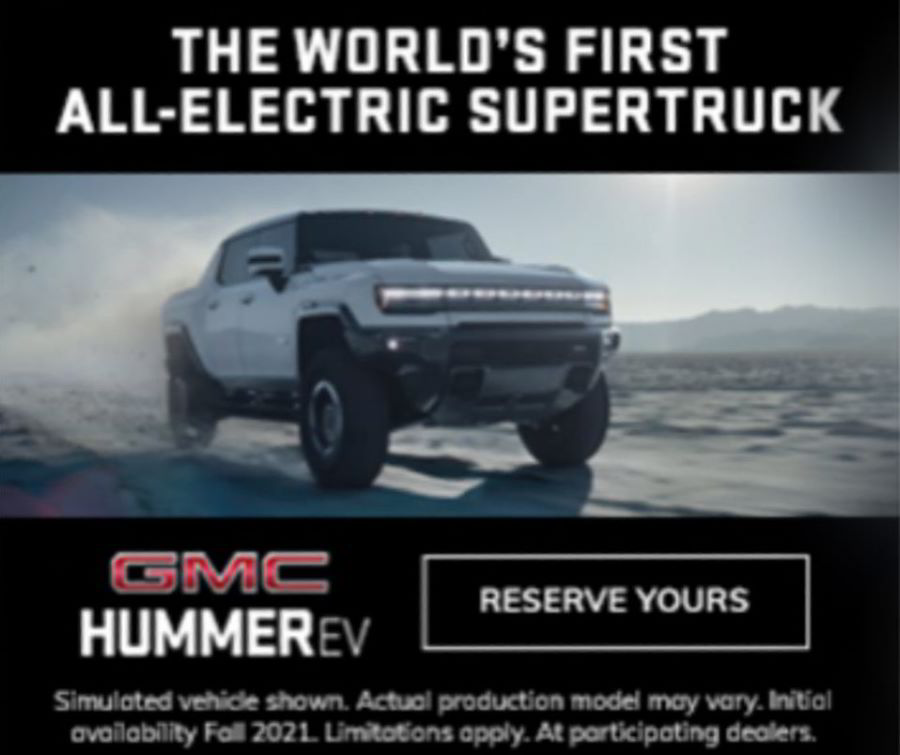 GM is releasing a new Hummer under the GMC brand, but this time, it’s completely electric. Although it’s set to debut tonight at 8 p.m. ET during game one of the World Series, GM’s foray back into the Hummer brand appears to have leaked early in an advertisement online (see image above).

GMC has said that the electric Hummer will have 1000 horsepower and 11,500 lb-ft of torque.

The electric Hummer will be produced at GM’s Hamtramck assembly plant, renamed as Factory Zero, starting in late 2021.

GMC is also teasing a feature called “crab mode,” which appears to utilize the rear-wheel-steering function to turn all four wheels in the same direction and move the vehicle sideways.

Starting price is still unclear but we estimate that it’ll start around $70,000.