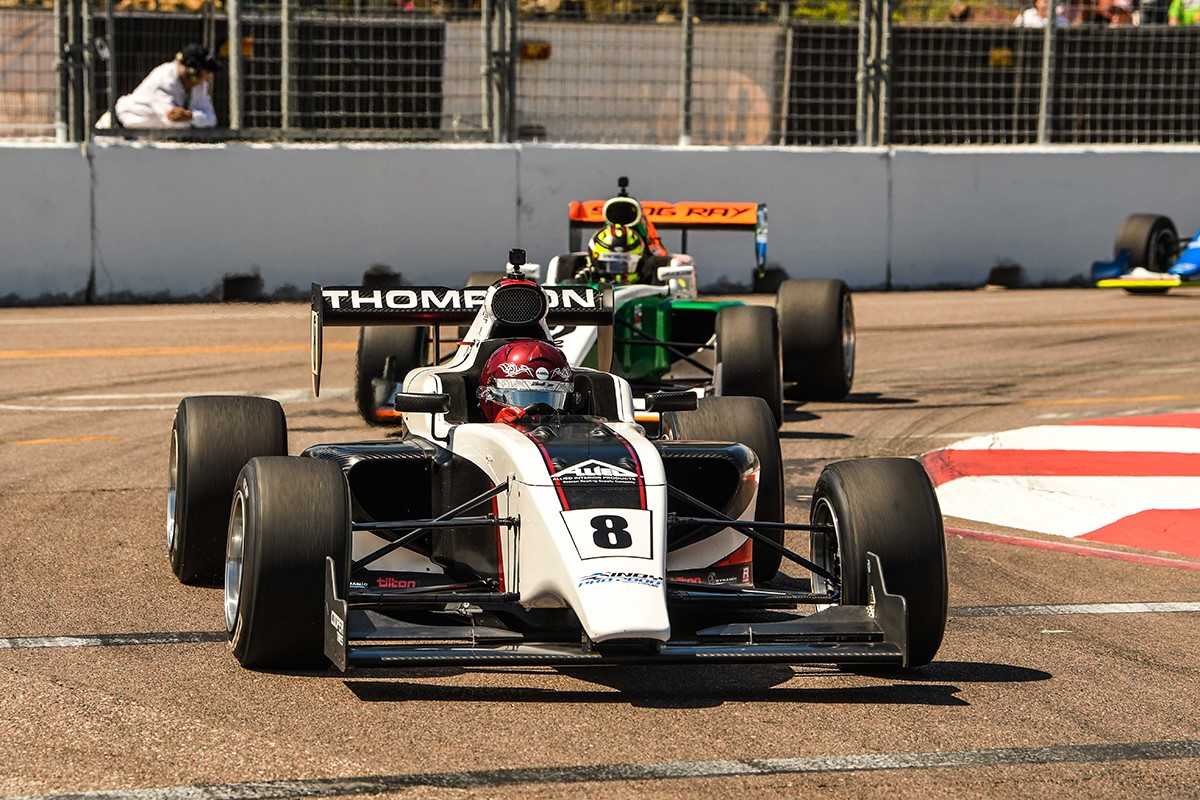 “I want to thank all the promoters for working with us on what we believe is an exciting and well-balanced schedule for 2021,” said Dan Andersen, Owner and CEO of Andersen Promotions. “We have added some new events, increased our scholarships across the board, added new incentives, and implemented some cost-saving measures. We are working hard to continue to grow the Road to Indy in the coming years and there are more positives to come.

“We still have one event to confirm for Indy Lights but expect to announce this shortly. This year has been challenging for everyone and I want to thank our teams and drivers for their patience as well as our tremendous partners, especially Cooper Tires, for their continued support.”

After a year’s hiatus due to the COVID-19 pandemic, the 2021 return of Indy Lights was recently confirmed. Next season will see an increased champion’s scholarship award to $1,289,425 for entry into at least three NTT INDYCAR SERIES events for 2022 including the Indianapolis 500, and the addition of an Indy car test at the conclusion of the season for each of the top-three finishers in the championship.

The Indy Lights schedule is boosted by an expanded calendar of 10 events and 20 races. For the first time since 2012, the series will return to The Raceway at Belle Isle Park in Detroit, Mich., for a double-header round, and will cap off the year with a West Coast swing at Portland International Raceway in Portland, Ore., and the season finale at WeatherTech Raceway Laguna Seca in Monterey, Calif., the following weekend.

Indy Lights will return to NBC Sports Gold with all races airing live and on demand in the U.S. Internationally, all practice, qualifying and race events will be live streamed on the Road to Indy TV App and at RoadToIndy.TV and indylights.com, as well as dedicated broadcast channels on Apple TV, Amazon Fire, Roku and Xbox One. Additional coverage of all on-track sessions can also be found on the Pennzoil INDYCAR Radio Network.

The series’ annual Spring Training will take place on February 24 at the Homestead-Miami Speedway road course in Homestead, Fla. Pre-event test days will take place at the Indianapolis Motor Speedway on May 13, Road America on June 18, the Mid-Ohio Sports Car Course on June 30, World Wide Technology Raceway on August 19 and at Portland International Raceway on September 9.

To assist with budgets, the calendar for both series will be reduced by one event over past years while still featuring 18 races, and the West Coast swing of Portland and Monterey has been removed from the schedules as an additional cost saving. The use of the current generation Tatuus PM-18 and USF-17 will be extended five years through the end of 2026 and will feature an enhanced roll hoop in 2021 and the addition of a Halo and several other upgrades in 2022.

Following a popular return to New Jersey Motorsports Park on October 10/11 after a 10-year absence, the Thunderbolt Raceway road course has been retained as part of next season’s schedule for both Indy Pro 2000 and USF2000 with tripleheader rounds serving as the season finale on the Millville, N.J., road course.

As with Indy Pro 2000, the annual Spring Training for USF2000 will take place at the Homestead-Miami road course on February 22/23. Six pre-event test days include Barber Motorsports Park on April 8, Indianapolis Motor Speedway on May 13, Lucas Oil Raceway on May 27, Road America on June 18, the Mid-Ohio Sports Car Course on July 1 and New Jersey Motorsports Park on August 27.

Coverage of Indy Pro 2000 and USF2000 will feature worldwide live-streaming on RoadToIndy.TV, the Road to Indy TV App and the series’ respective websites – indypro2000.com and usf2000.com – as well as live and on demand coverage on Apple TV, Amazon Fire and Roku.