Acting Williams boss Simon Roberts did his best to quell speculation that George Russell could be about to lose his seat – but in the process only ramped it up.

“There’s so much speculation around I don’t want to inadvertently fuel it. Someone will take some nuance from whatever we say. We’re happy,” he said.

“Let’s watch the rest of the market.”

The big rumor is that Sergio Perez, on the lookout for a new seat along with his powerful Mexican backers, could oust the talented Mercedes-backed Russell.

“There are financial realities but Williams has new owners and it’s up to them what they want to do.”

“I’m a Red Bull driver,” Gasly insists. “Helmut Marko is the one who makes the driver decisions together with Dietrich Mateschitz and a few others.

“I am not involved in any discussions,” he added, amid speculation he may be part of a Red Bull-Renault engine deal for 2022.

(GMM) With Haas clearing the decks for 2021, the ‘silly season’ has exploded at the scene of Sunday’s Portuguese GP.

Haas’ Kevin Magnussen and Romain Grosjean appear unlikely to find new seats for next year, with the small American team rumored to instead field an all-rookie lineup of Nikita Mazepin alongside Mick Schumacher.

Elsewhere, however, an explosion of musical chairs could be about to happen.

That is despite the fact that, contrary to speculation, Alfa Romeo looks set to keep both Kimi Raikkonen and Antonio Giovinazzi – even though it has been strongly rumored that the latter Italian would leave the team.

“Antonio has more friends at Ferrari than people think,” an insider is quoted by Auto Bild.

Sebastian Vettel is arriving at Racing Point (to be Aston Martin next year), which has put the strongly Mexican-backed Sergio Perez on the market. 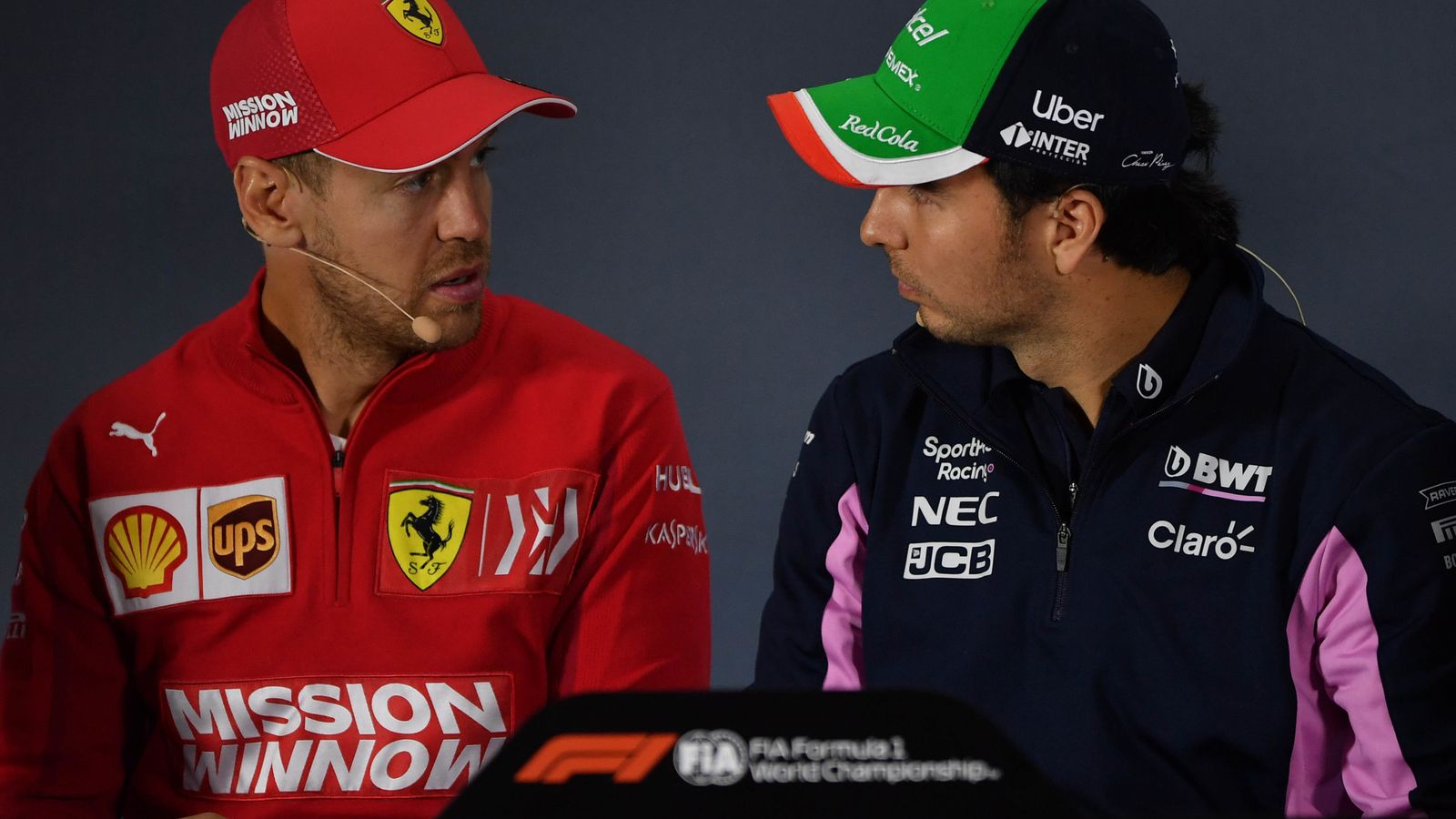 Perez looks set to oust the less powerfully-backed George Russell at Williams, but the Mexican insisted his talks with “several teams” will remain “secret” for now.

Williams’ Russell, meanwhile, said at Portimao: “I have a contract next year. After the arrival of the new owners, my situation has not changed.

“The new owners are at the track this weekend, so I am sure that we will clarify everything, but as I said – I have no doubt that next year I will drive a Williams.”

However, Russell acknowledged: “If the rumors start to take on more reality than of course I will turn to Mercedes, but at the moment I have no cause for concern.”

Another rumor is linking a switch of French drivers at Renault, with Alpha Tauri’s Pierre Gasly said to be in the running to replace Esteban Ocon.

“Red Bull will decide where I am next year, but I’m happy at Alpha Tauri,” Gasly said on Thursday.

As for his current teammate Daniil Kvyat, however, Dr Helmut Marko said this week that Yuki Tsunoda looks very likely to make his Alpha Tauri debut in 2021.

“Let’s just say that I have not received any new information on this topic,” Russian Kvyat revealed. “I know that there are not so many empty seats, but for my part I can only give my best in the remaining races.”