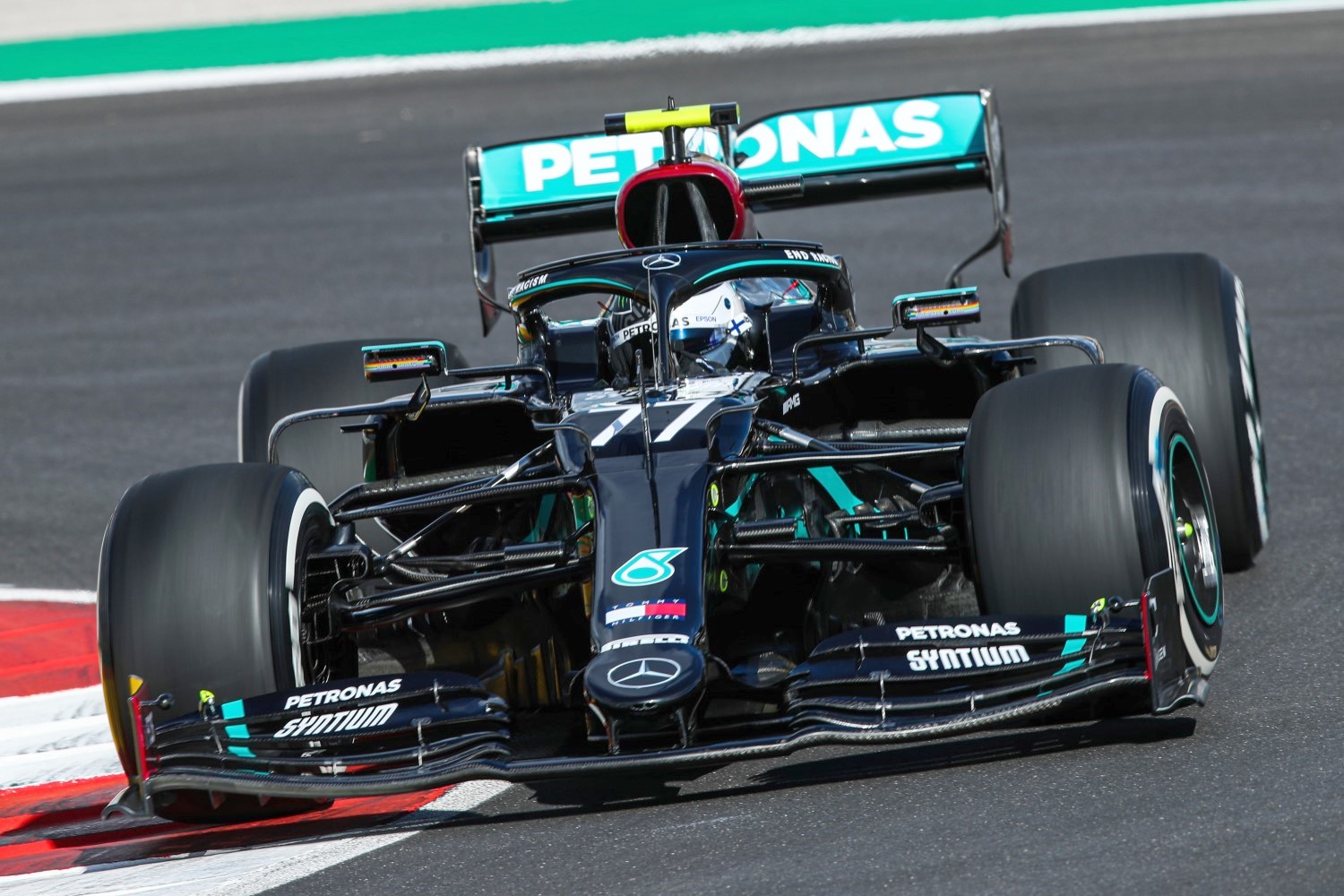 Make that seven track cleaning opening practice sessions in a row for Valtteri Bottas, who has once again started a weekend strongly.

Bottas lapped at 1m18.410s on Medium tires  that was  0.339s ahead of Mercedes F1 teammate Lewis Hamilton in Practice 1 of the Portuguese GP in Portimao.

Red Bull’s Max Verstappen was third on hard tires, some seven-tenths down on Bottas. The Dutchman was the first of a number of drivers who spun in the tricky conditions.

Charles Leclerc was an encouraging fourth for Ferrari and just eight-tenths off the pace running the Scuderia’s latest upgrade package.

The second Red Bull of Alex Albon rounded out the top five positions, ahead of McLaren’s Carlos Sainz Jr., Racing Point’s Sergio Perez and the Alfa Romeo of Kimi Raikkonen.