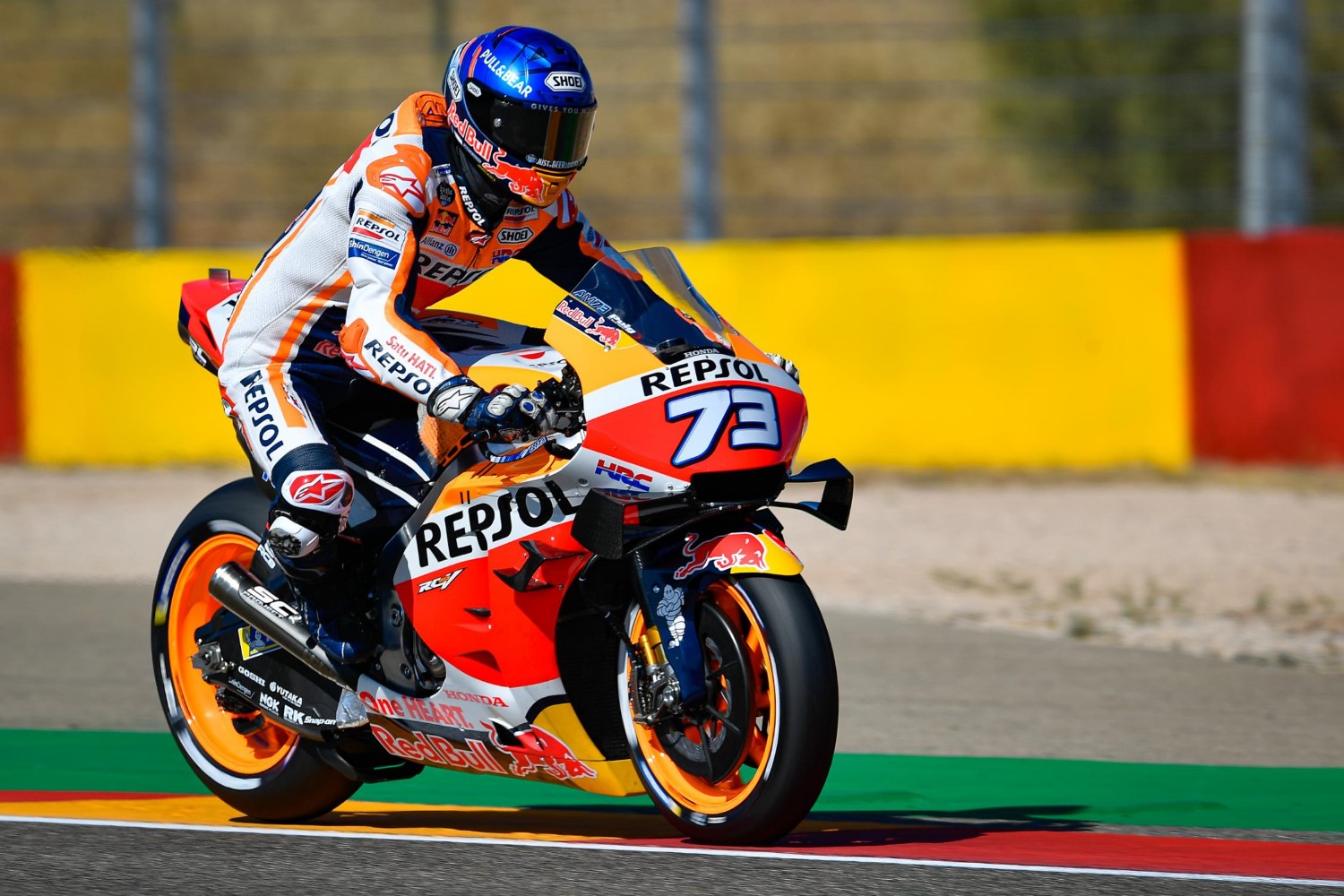 Alex Marquez picked up from where he left off at Motorland Aragon by topping the timesheets in first free practice for the Gran Premio Liqui Moly de Teruel, despite a late crash at Turn 17.

Not how @alexmarquez73 wanted to end his session! 😲

The Spaniard crashes at the final corner, but avoids injury! 💢#AlcanizGP 🏁 pic.twitter.com/bYyB0vB8pR