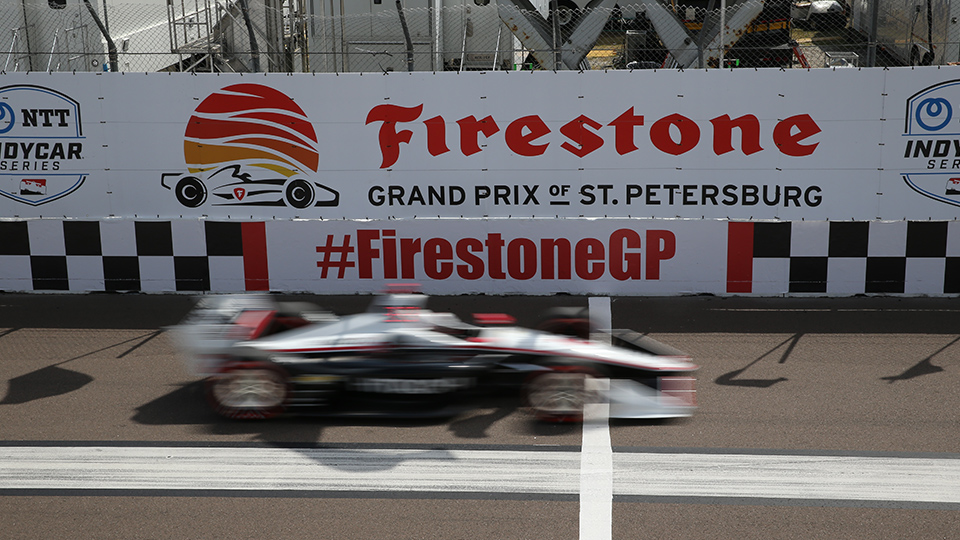 Bridgestone Americas, Inc. today announced a three-year extension for the Firestone brand’s title sponsorship of the Firestone Grand Prix of St. Petersburg. The new agreement continues a partnership that began in 2014 and maintains Firestone’s naming rights on the NTT INDYCAR® SERIES event through the 2023 season.

Firestone is completing its 21st consecutive season as the sole tire supplier of the NTT INDYCAR SERIES, and the St. Pete race continues to be an ideal setting for the brand to engage race fans and consumers while showcasing its best-in-class tire technology. With the event returning to its usual season-opening spot on the schedule in 2021, Firestone will help the NTT INDYCAR SERIES wave the green flag on a fresh start next year at the same track where the 2020 season will conclude.

“While the road to St. Petersburg has certainly been different this year, we are thrilled to return to the streets of St. Pete and help crown an NTT INDYCAR SERIES champion,” said Lisa Boggs, Director of Bridgestone Americas Motorsports. “Firestone tires have taken the checkers with the winner at all 15 INDYCAR SERIES races here, and we’re proud to continue growing our partnership with Green Savoree Racing Promotions to support this marquee event in a community that shares our passion for the sport.” 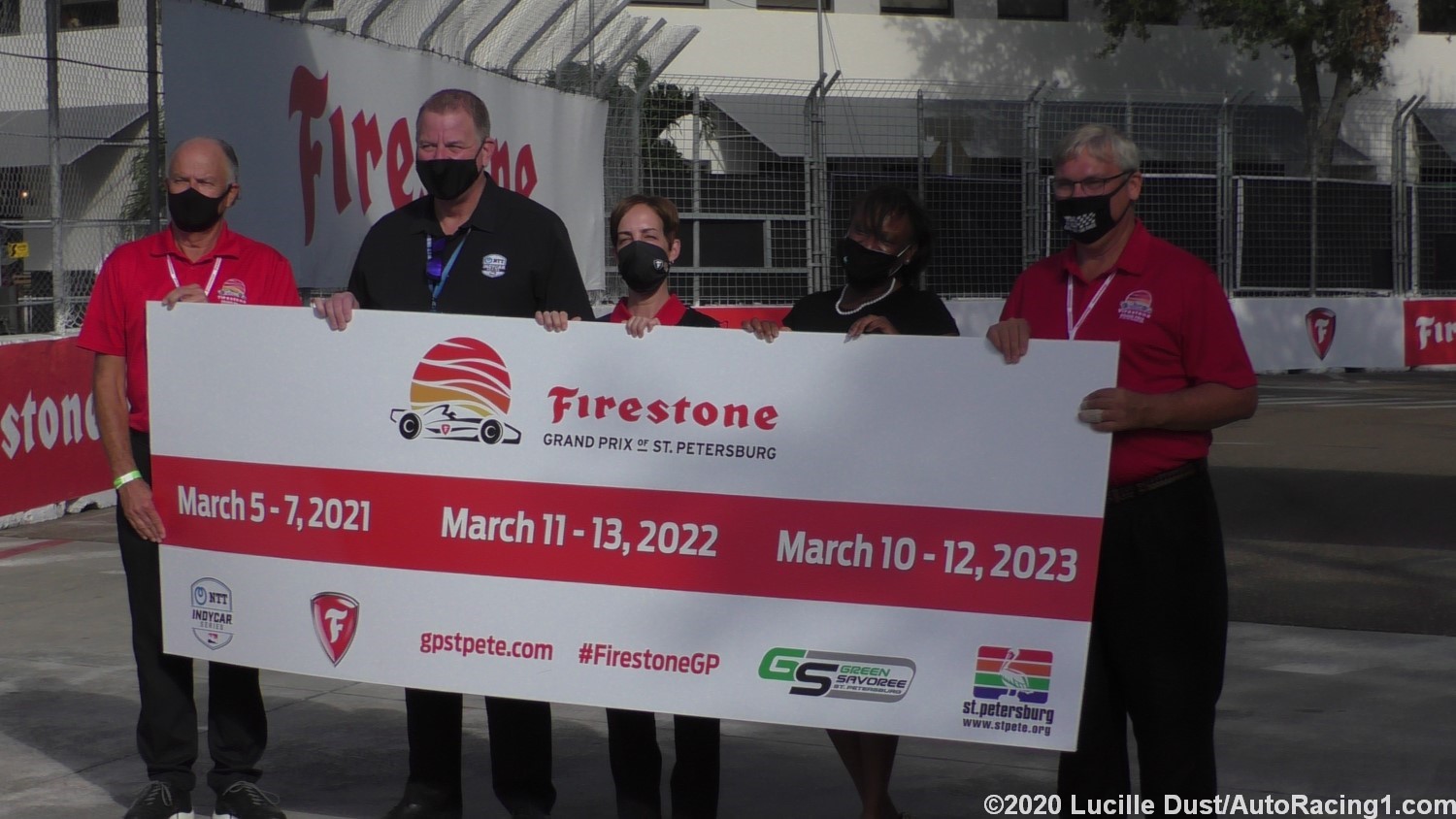 “Firestone’s commitment to the sport and this event is unmatched. Our entire Green Savoree Racing Promotions team is thrilled to continue to work with Lisa (Boggs) and her team to continue to grow the Firestone Grand Prix of St. Petersburg,” said Kim Green, co-owner, chairman and CEO of Green Savoree Racing Promotions, organizers of the Firestone Grand Prix of St. Petersburg. “With Firestone as our title sponsor and the City of St. Petersburg’s tremendous support, it’s an honor to showcase one of the crown jewel events of the NTT INDYCAR SERIES season each year on the streets of St. Pete with one of the most iconic brands in auto history.”

Firestone is a time-tested brand whose roots run deep in the Tampa/St. Petersburg area. For nearly 90 years, Firestone Complete Auto Care (FCAC) has been a trusted provider of tire and automotive services for drivers in the region. Its location on Kennedy Boulevard in downtown Tampa, which is just a few miles from where the Firestone Grand Prix of St. Petersburg will be held, first opened in 1933 and stands as the longest still-operating FCAC location in the U.S. FCAC is part of Bridgestone Retail Operations, which owns and operates more than 2,200 tire and automotive service locations across the country.

Bridgestone Americas and INDYCAR announced a multi-year partnership extension last year that keeps Firestone as the official tire of the NTT INDYCAR SERIES through 2025. Every season the Firestone Race Tire Engineering team develops race tire specifications to meet the demands of each unique oval, road and street course circuit on the NTT INDYCAR SERIES schedule. These efforts to support the fastest and most versatile racing series in the world continue to serve as the ultimate proving ground for the tire technology that everyday drivers can find in the Firestone passenger tires on their personal vehicles.

The 2020 Firestone Grand Prix of St. Petersburg runs October 23-25 and is the final race of the 2020 NTT INDYCAR SERIES season. Event information, including the COVID-19 event protocols for spectators, is online at gpstpete.com.

One thought on “Firestone Extends Title Sponsorship of GP of St. Pete thru 2023”