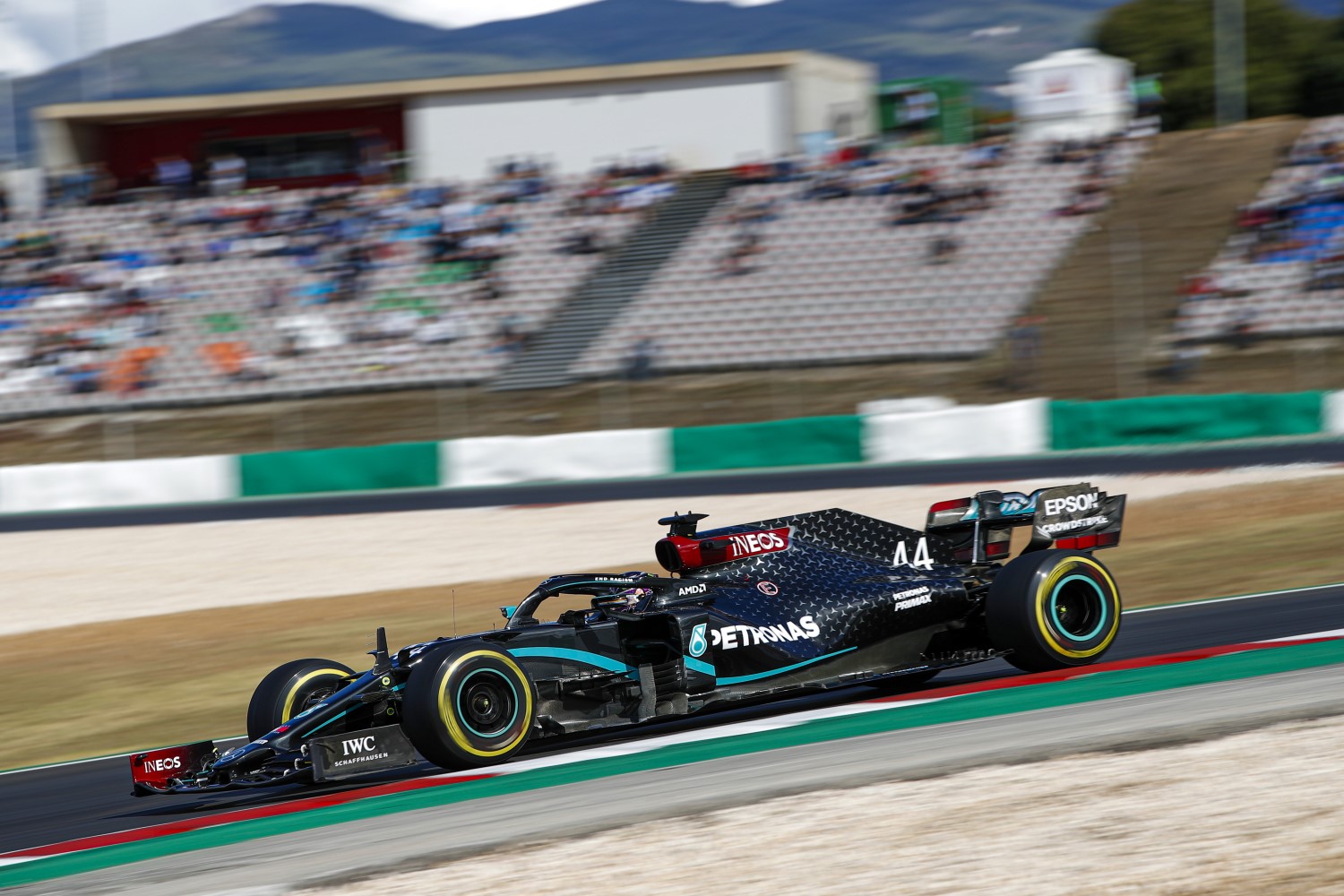 Valtteri Bottas was fastest in all three practice sessions and the first two qualifying sessions, but when it came time to win the pole in Q3 he choked and his Mercedes teammate Lewis Hamilton beat him with a lap of 1m16.652s on medium tires, 0.102s faster.

It was Hamilton’s 9th pole of the year and 97th of his career as he continues to demoralize Bottas. He came out the garage earlier to get two flying laps in on those mediums, and delivered on the second lap to steal pole by just over one tenth.

“I can’t tell you how hard that was today, yes we’ve got a great car but you have to drive your nuts off here this weekend,” said Hamilton.

“He [Bottas] decided to do one [lap] and I was like okay this gives me an opportunity. I went out there nice and early, I wanted to have an extra run and it worked perfectly.”

“At the end we decided to go for the mediums as they seemed quicker. It was my decision to go for one timed [lap] as that worked in Q2. It was a decent lap, not perfect,” said a dejected Bottas.

“It’s a bit hit-and-miss, I’m happy with Q3, the lap itself was decent. P3, not too far behind so a lot to play for tomorrow,” said Verstappen

Ferrari’s Charles Leclerc did a sensational lap in the inferior Ferrari to go 4th quick, 0.438s off pole.

Sergio Perez rounded out the top-5 in his #11 Racing Point Mercedes, once again burying his teammate Lance Stroll.

So Hamilton grabs pole in Portugal, his ninth of the season so far, an incredible record as Mercedes maintain their 100% run on pole positions this season. He gets the cleaner side of the track, Bottas the dirty which could prove costly for the Finn with a fast-starting Verstappen also on the clean side behind.