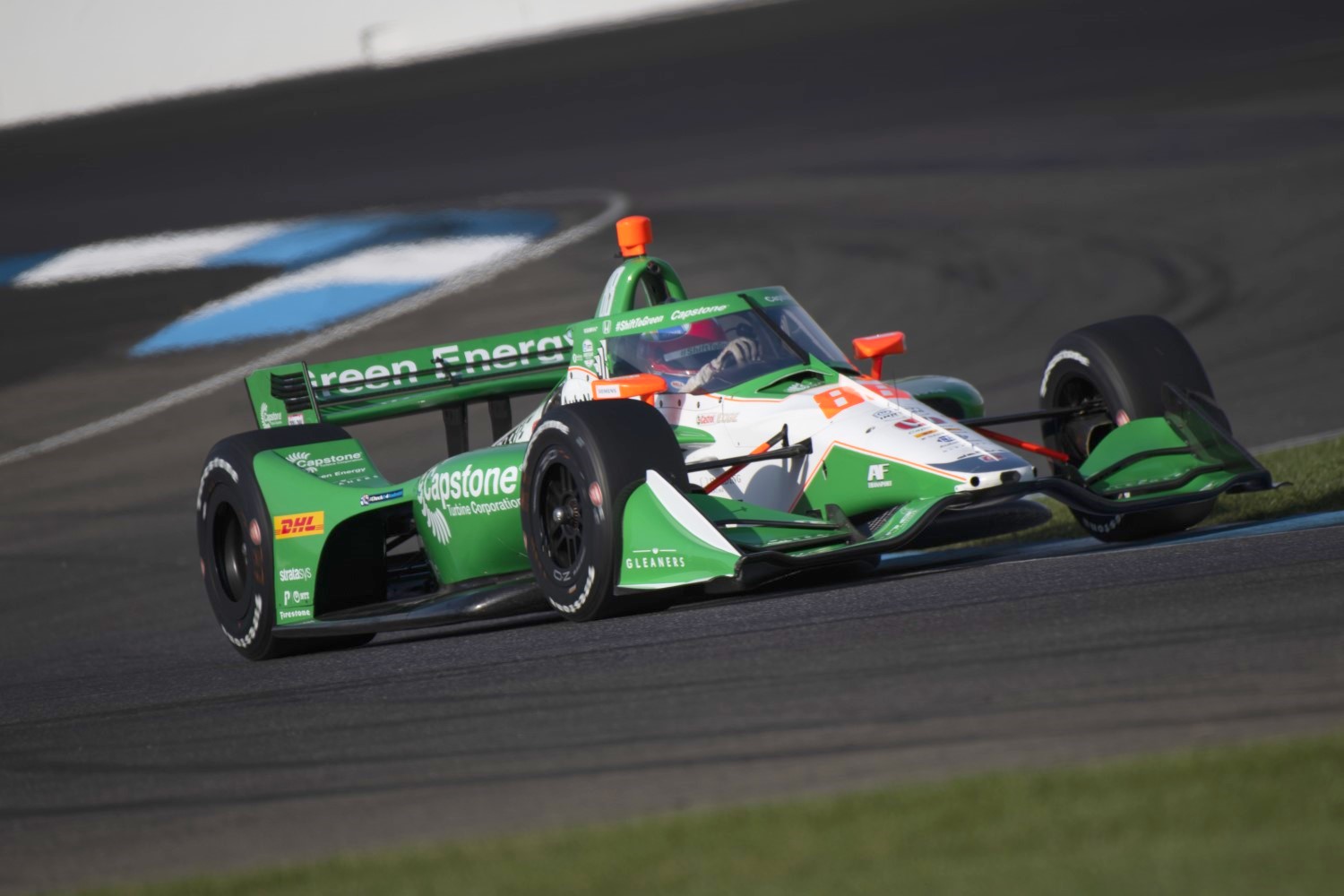 Andretti Autosport teammates Colton Herta and James Hinchcliffe topped the only practice this weekend for the Firestone GP of St. Petersburg. Herta’s lap of 1m01.131s was just 0.0973s faster than his teammate.

Alexander Rossi was 6th quick in the #27 Andretti Honda.

Scott McLaughlin, making his IndyCar debut in the #3 Penske Chevy was an impressive 10th. On the faster red tires he had a few runs down the runoff area, but he did not hit anything and now goes into his first qualifying session.

“Awesome to jump aboard,” McLaughlin told NBC Sports Gold reporter Kevin Lee. “It’s everything I’ve dreamed of; the boys at Team Penske have been amazing at getting me sorted and comfortable. There’s still a lot more to learn. We did a good lap on the primaries (tires); I think if we could have got something down on the reds (faster alternate tires), it would have been good, but I kept stuffing it up, so I’ve got to chat with the driver a little bit.

“It’s hard to learn on a track that’s full of concrete walls, but I’m just creeping up on it. I feel nice when you have grip. It’s a solid session and exactly what we want to do. We just want to complete every lap. I had a couple of misdemeanors, just trying to do a quick spin like I would in a Supercar and stalled it. I need to work on my clutch control, but we’re OK.”