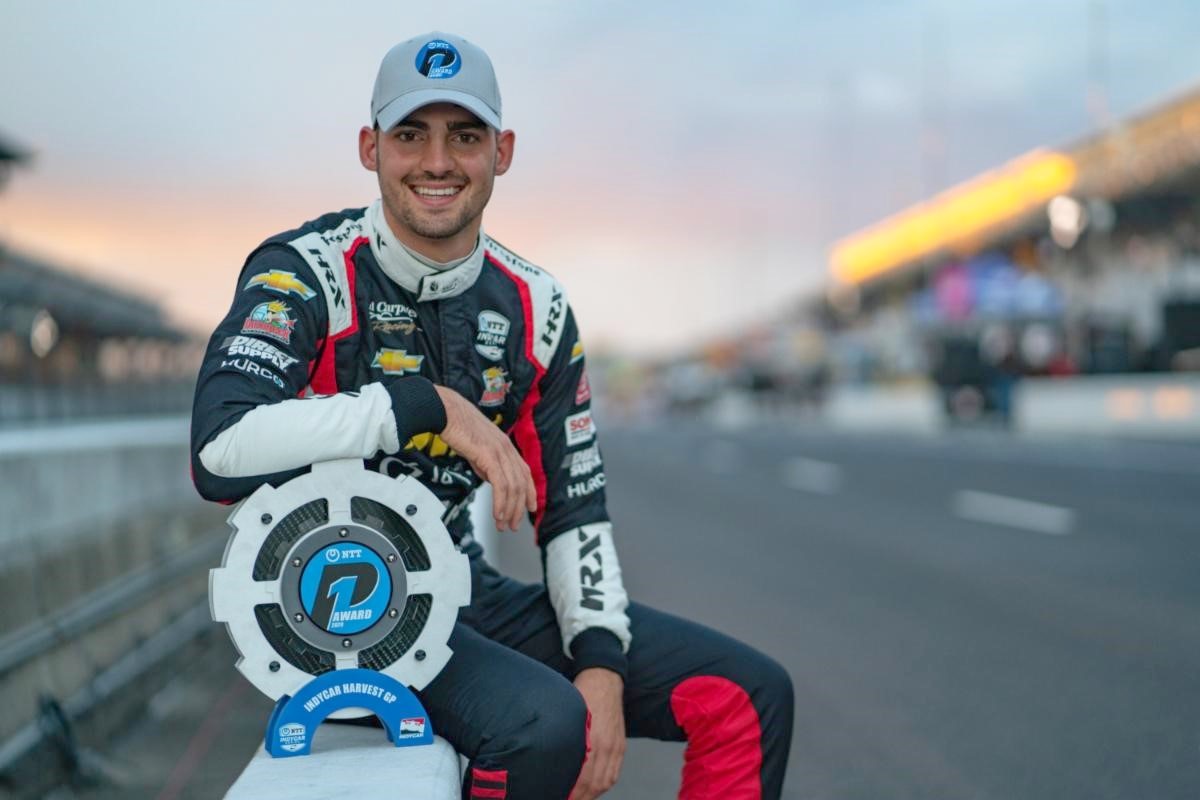 Ed Carpenter Racing announced today that Rinus VeeKay will remain the driver of the No. 21 Chevrolet for the 2021 NTT INDYCAR SERIES season. VeeKay has spent his first year in the series as the full-time driver for the Indianapolis-based team and will continue in that role next season. When VeeKay takes the green flag in the final race of the year today, his debut season with ECR will culminate with the 2020 NTT INDYCAR SERIES Rookie of the Year title.

“I am very happy to be back with Ed Carpenter Racing in 2021!” proclaimed VeeKay. “I feel like an entirely different driver than I was at the beginning of the year. The team has been so patient with me and given me every opportunity to learn as much as possible. I have a great group of guys around me and I can’t wait to have that same amazing support next year.”

The presumptive Rookie of the Year began racing in the United States just four years ago. Born in Hoofddorp, Netherlands, Rinus van Kalmthout began karting in 2009 at the age of 8. With sights set firmly on the pinnacle of North American open wheel racing, he transitioned to the Road to Indy in 2017 and launched his U.S. career driving as Rinus VeeKay. His rapid ascent through the RTI ranks included second place in the 2017 USF2000 standings, the 2018 Indy Pro 2000 title and a runner-up finish in the 2019 Indy Lights championship. Now 20 years old, VeeKay will begin his second NTT INDYCAR SERIES season in 2021.

ECR team owner Ed Carpenter watched VeeKay’s progression through in the Road to Indy for two seasons and selected the rookie for his team after two successful tests in late 2019. “The 2020 NTT INDYCAR SERIES is one that we will never forget. With all the challenges that have been presented, limited track time and schedule changes, we have seen Rinus progress rapidly from the start of the season until now,” stated Carpenter. “It is clear to us that he has all the tools to be a winner at this level, and we look forward to climbing the podium together!”

VeeKay’s first year of NTT INDYCAR SERIES competition has been full of milestones. In only his second race, the INDYCAR Grand Prix at the Indianapolis Motor Speedway road course, he earned his first Top 5 finish. By starting 4th in the Indianapolis 500, he recorded the best qualifying result by a teenager in Indianapolis 500 history. The only Chevrolet-powered driver in the Fast Nine Shootout was also the fastest rookie in the field. The following week, he recorded his highest oval finish of the year at WWT Raceway with a 4th place. When VeeKay returned to the IMS road course for the Harvest GP, he won his first NTT INDYCAR SERIES pole position, led the first laps of his Indy car career and earned his first podium finish. VeeKay will be Chevrolet’s first Rookie of the Year since 1992.

“We have had amazing results and great achievements this year. There is even more possible next year when we get back to a normal schedule! I am really looking forward to doubling my knowledge and not being a rookie! However, there will still be a few new tracks for me with the street courses. I will give it my all and make next season as good as possible!” said VeeKay.

He continued, “I appreciate so much the trust Ed Carpenter, Tony George and Stuart Reed have in me and believing in what I can do. It’s not an easy decision to put someone in a full-time car and I am very happy with the chance they have given me. SONAX, Autogeek, Direct Supply and the entire team has given me their all for the whole season!” VeeKay is also grateful for the support of his home country. “I want to thank my personal sponsors Jumbo, La Place, KNAF TeamNL and Basic-Fit; my family; and everyone back home in the Netherlands cheering for me!”

Since its inception in 2012, ECR has raced exclusively in the NTT INDYCAR SERIES and recently entered the eSports arena. The team has shown versatility by earning seven wins on each style of track the series competes on – street and road courses, short ovals and speedways. In 2020 alone, the team’s Top 5 finishes have come on a superspeedway, a short oval and a road course. ECR boasts 32 Top 5s to date, 21 of which have been podiums. An ECR Chevrolet qualified on the front row of six Indianapolis 500s, including three pole positions by Carpenter (2013, 2014 and 2018).

The 2021 NTT INDYCAR SERIES season will see ECR continue to compete with two full-time entries, the No. 20 and No. 21. While the No. 21 will feature VeeKay for the full season, Carpenter will continue as oval driver of the No. 20 in his 19th season of Indy car competition. VeeKay’s first season will end in the same location that his second season begins.