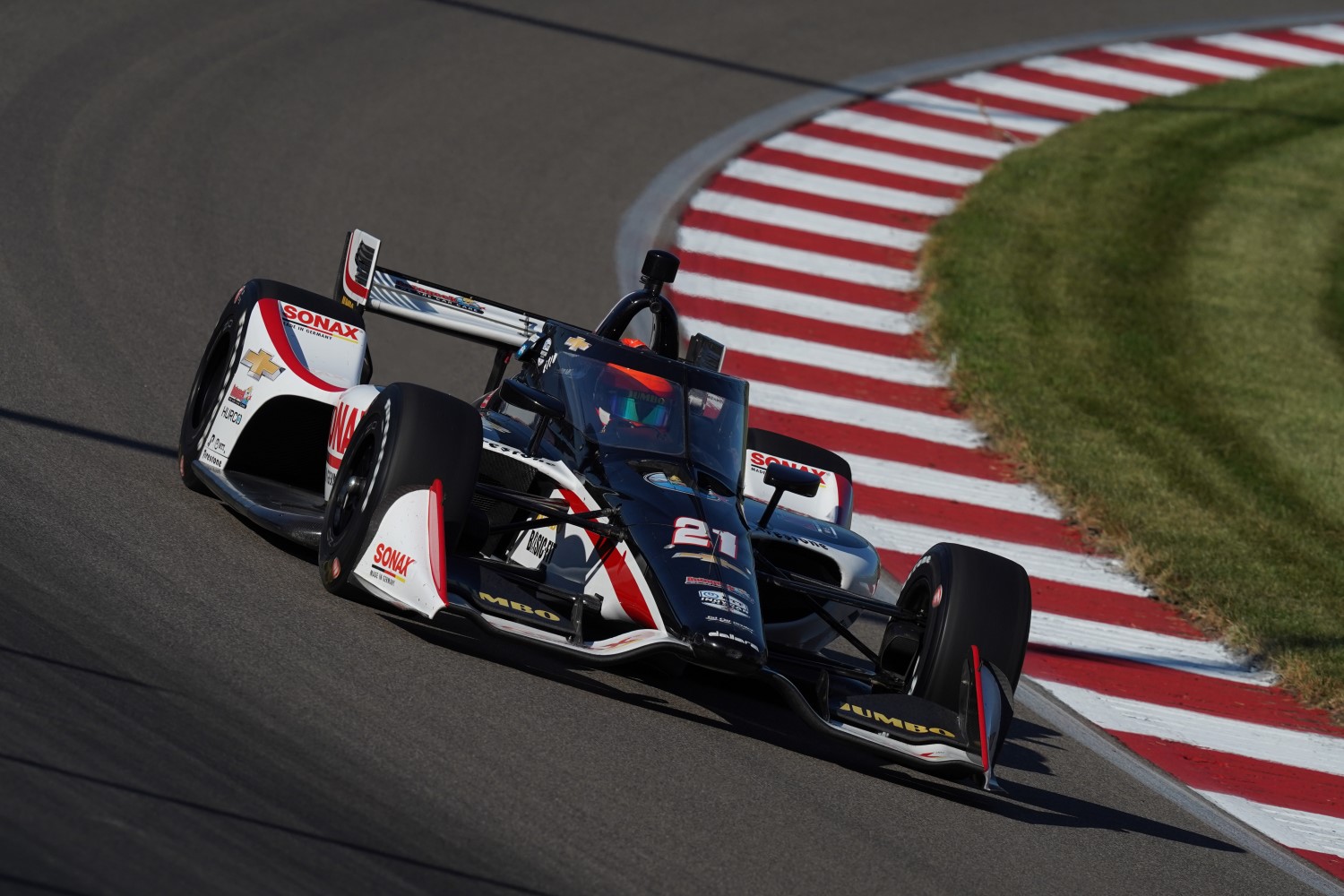 Highlighted by a pole start that led to a third-place finish in the INDYCAR Harvest GP on the Indianapolis Motor Speedway road course in early October and a fourth-place starting position for the Indianapolis 500, the native of Hoofddorp, Netherlands, has earned the 2020 INDYCAR Rookie of the Year Award.

The award is based on points for the NTT INDYCAR SERIES Drivers’ Championship earned at each event. The winner receives a $50,000 bonus.

“On behalf of Chevrolet, congratulations to Rinus VeeKay and Ed Carpenter Racing on winning the 2020 NTT IndyCar Series Rookie of the Year title,” said Robert Buckner, INDYCAR program manager, Chevrolet. “It was a very challenging year to be a rookie driver in this series.

“Rinus is a standout talent and everyone at Team Chevy has enjoyed watching his confidence grow along with his accomplishments. From being the top Chevrolet qualifier at the Indy 500 to a pole and podium in Race 1 of the INDYCAR Harvest GP weekend, we couldn’t be more proud. Thank you to Rinus, Ed Carpenter, Tim Broyles and everyone at Ed Carpenter Racing for this achievement and your continued partnership.”

VeeKay is the third rookie of the year award winner in a Chevrolet-powered race car in Indy car competition, and first since Stefan Johansson (Bettenhausen) in 1992. Eddie Cheever (Ganassi) in 1990 also was a recipient.

“Rinus has really shown a ton of growth this season. His ability to learn on the fly and natural speed makes it clear that his future is bright. It’s only a matter of time before he climbs the top of the podium,” said Carpenter, who had his eye on the Dutch driver since 2017 when VeeKay started his U.S. racing career on the first step of the Road to Indy ladder.

VeeKay claimed 16 wins and 36 podium finishes in 48 races in the three series, earning the 2018 Pro 2000 Championship Presented by Cooper Tires title and finishing as championship runner-up in the other two series.

“To step up from USF2000 to the NTT INDYCAR SERIES in three years is really special,” VeeKay said. “It all pays off. Keep pushing and never give up. It’s not always easy, but if you give it everything you have, and if you have the talent, you will get there, in any way possible.”

VeeKay continued to impress out of the gate this season. In his second race, he registered a fifth-place finish after starting 18th. Six weeks later, VeeKay became the fastest and highest-qualifying teenager in the 104-year history of the Indianapolis 500 with a four-lap average speed of 230.704 mph on the 2.5-mile oval.

Arie Luyendyk, who 30 years earlier recorded the first of his two Indy 500 victories, was among the first to greet his countryman after his 20th-place finish in “The Greatest Spectacle in Racing.”

“I noticed his talent a few years ago,” Luyendyk said. “Rinus has a natural speed, really impressive.”

Less than a week later, VeeKay followed with sixth- and fourth-place finishes on the 1.25-mile World Wide Technology Raceway oval, advancing a combined 22 positions from his starting spots. Returning to the IMS road course in early October, VeeKay drove the No. 21 Chevrolet to the pole position – the first for Ed Carpenter Racing on a road/street course — for the INDYCAR Harvest GP and earned his first podium finish.

“I get a car that goes around quickly, and that makes the job easier,” he said of giving the team its 21st podium.

The Rookie of the Year award is “a very nice achievement,” said VeeKay, who will continue to drive the No. 21 Ed Carpenter Racing Chevrolet in the 2021 season.

“I feel like an entirely different driver than I was at the beginning of the year,” he said. “The team has been so patient with me and given me every opportunity to learn as much as possible. I can’t wait to have that same amazing support next year. I am really looking forward to doubling my knowledge and not being a rookie.”