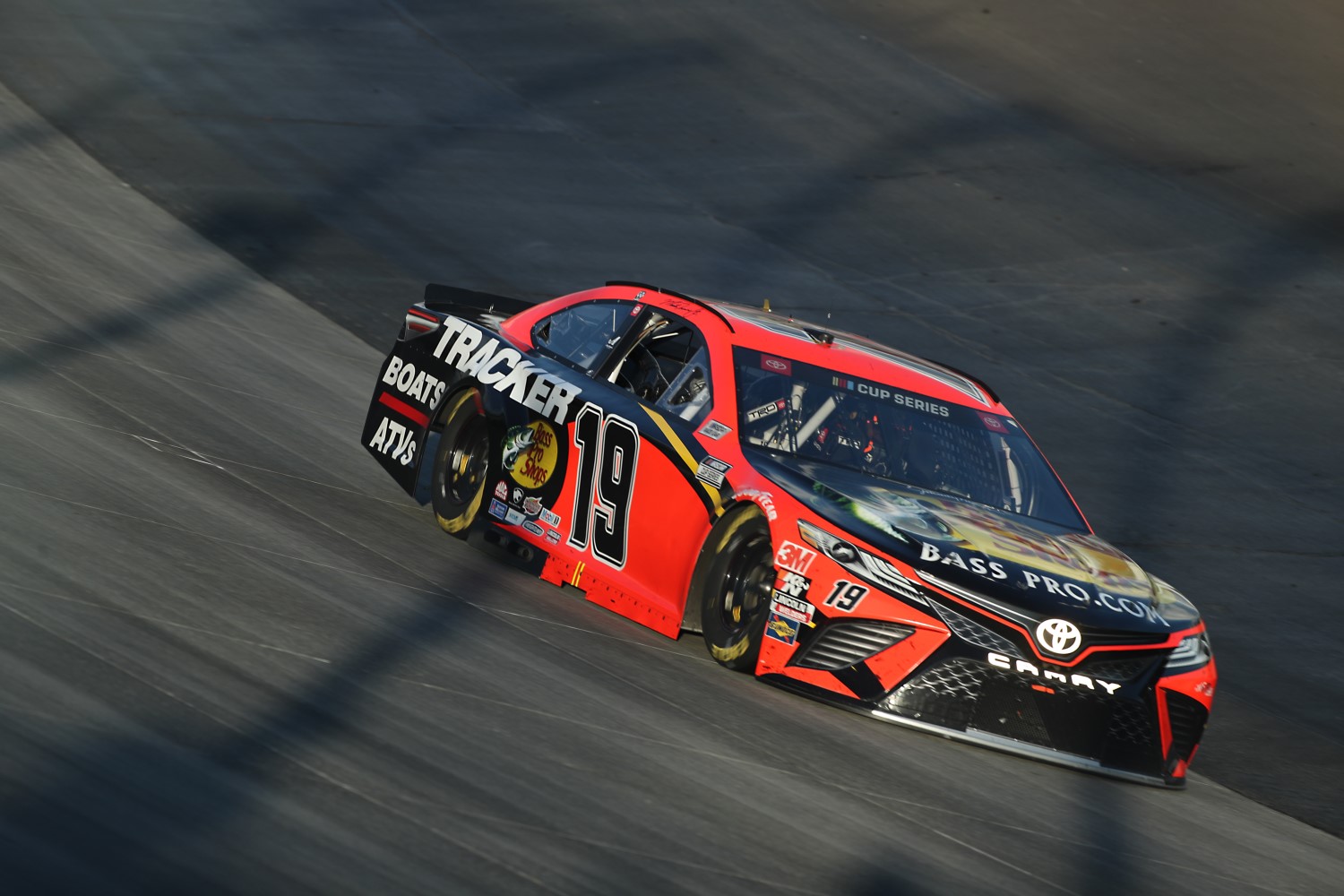 NASCAR sent three cars to the rear of the field and confiscated the spoiler for the No. 19 car in the Cup Series before Sunday’s Autotraders EchoPark Automotive 500 at Texas Motor Speedway . The No. 19 of Martin Truex Jr., No. 49 of Chad Finchum and No. 96 of Daniel Suarez all failed inspection twice and will move to the rear during pace laps.

Additionally, it was found that the Joe Gibbs Racing team of Truex Jr. had violated section 20.4.12.b in the NASCAR Rule Book that states, except as specified, spoilers must be used exactly as supplied from the manufacturer.

NASCAR confiscated the spoiler from Truex’s car and issued the following penalties:

The 20-point penalty puts Truex 51 points from the cutoff spot, all but putting him in a must-win situation to advance to next month’s championship race. He’s never won in 30 previous Cup starts at Texas. Truex was to have started sixth.

Car chief Blake Harris will serve as the interim crew chief for Truex in Sunday’s race.

“We don’t quit. We never give up. We’ll try to drive this thing to the front and see if we can win here today,” Truex told NBCSN before the race. “Typically the biggest concern is stage points, especially that first one trying to get some. Obviously, the position we’re in now, we don’t have to worry about.”