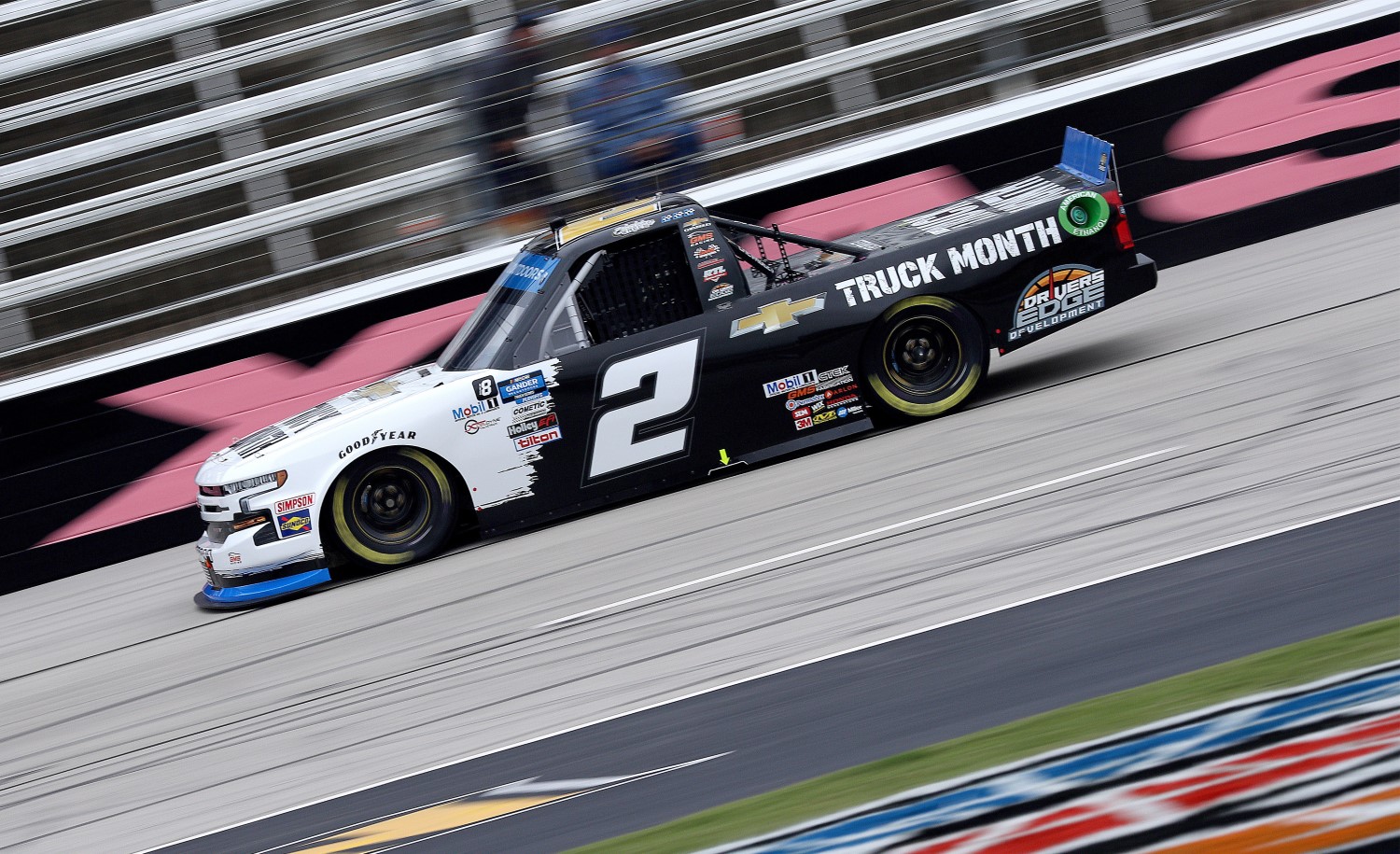 Already qualified for the Championship 4 race at Phoenix, Moffitt pushed Creed’s No. 2 Chevrolet clear of Austin Hill’s Toyota as the trucks approached the start/finish line for the white-flag lap in overtime. That was the impetus Creed needed to win Sunday’s SpeedyCash.com 400 at Texas Motor Speedway and join Moffitt in the season finale at Phoenix Raceway with a chance to win the title.

“Man, what a good truck my guys put together,” said Creed, who picked up his fourth win of the season, the fourth of his career and his first at the 1.5-mile Fort Worth Track. “We’ve been inconsistent here, but we’ve always had speed, and today, man, just awesome. I finally won in front of my mom and dad. They’re here today. …

“Two trucks locked in for the organization—that’s awesome—and hopefully we can get the other two (Zane Smith and Tyler Ankrum) or at least one more next weekend. Hard racing today. Man, it’s crazy. We’ve just been working for this all year, and I feel like I’ve improved so much and put so much work into this. Man, going to Martinsville stress-free is so nice.”

In a race that produced 10 cautions, there was action throughout, but none more dramatic than the catastrophic battle for the lead between Stewart Friesen and Johnny Sauter, both of whom are winless this year.

After a restart on Lap 125, Friesen forced Creed up the track and grabbed the lead on Lap 127, with Johnny Sauter following into second place. Three laps later, Sauter tried a similar move on Friesen, with disastrous results.

Sauter’s No. 13 Ford broke loose under Friesen’s No. 52 Toyota and carried both trucks into the outside wall, adding misery to star-crossed seasons for both drivers. The wreck restored Creed to the lead for a restart on Lap 136.

Creed won the first stage wire-to-wire, but three-time series champion Matt Crafton passed him for the lead with five laps left in Stage 2 and held the top spot to the finish of the 35-lap segment.

The first playoff driver to suffer serious issues was ThorSport Racing’s Grant Enfinger, whose engine expired in a cloud of smoke on Lap 92. Enfinger, who entered the race seven points below the cut line, now must claim victory in next Friday’s night race at Martinsville to advance to the Championship 4.

“We just blew up,” Enfinger said. “It just wasn’t meant to be. On to Martinsville next week—must-win. Looking forward to the challenge.”

Hill held the runner-up spot at the finish, followed by GMS Racing’s Zane Smith. Those two Playoff drivers remained above the current cutoff for the Championship 4. Raphael Lessard ran fourth, followed by Moffitt.

In his first race in more than five years, 2012 series champion James Buescher went a lap down during the first 35-lap stage but recovered to finish 15th in his debut in the No. 42 Niece Motorsports Chevrolet.