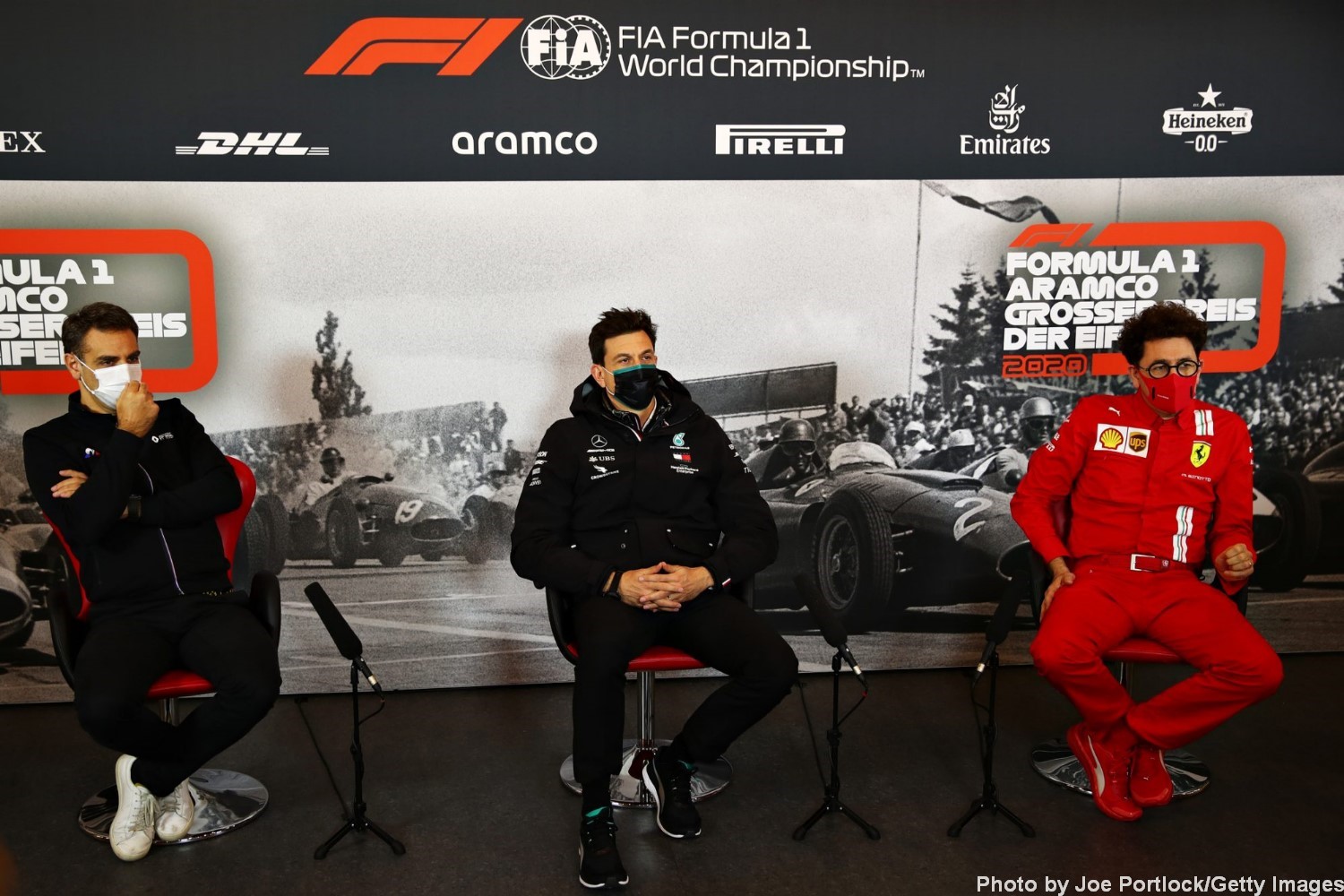 (GMM) Ferrari won’t be able to block moves that would allow Red Bull to run its own works engine program from 2022.

That is the claim of Mercedes’ Toto Wolff, who is surprising many in the paddock by lending his support to Red Bull’s push to take over the Honda IP and operations.

“Even if it’s not in our DNA at all, because we want to develop our own performance, we will support Red Bull and Honda as best as possible,” he told Kronen Zeitung.

Wolff was speaking in Portugal ahead of a key meeting between F1’s major stakeholders on Monday, where the future of the sport’s engine situation will be discussed.

Red Bull has made clear that it wants to continue to use Honda engines even after the Japanese manufacturer’s official departure from F1 at the end of next year.

“Our priority is to continue with Honda until the new engine regulations, if it is financially reasonable,” said Dr Helmut Marko. “That means no further development is allowed after an engine freeze coming in from 2022.”

Wolff says he doesn’t mind the sound of that idea, even if it means new engine regulations are also accelerated from 2026 as scheduled to 2023 or 2024.

“Technically, Red Bull has what it takes to do it,” says Wolff. “So we want to act in the best interests of the sport and absolutely keep Honda (engines) in the sport.”

As for the 2022 engine freeze and new rules from 2024, Wolff thinks even Ferrari won’t be able to stop it because a simple majority vote will be enough.

“That should work, even if Ferrari is against it,” said the Austrian.